My ex-wife used ‘voodoo’ on me; she divorced me after she got here - Germany based Ghanaian 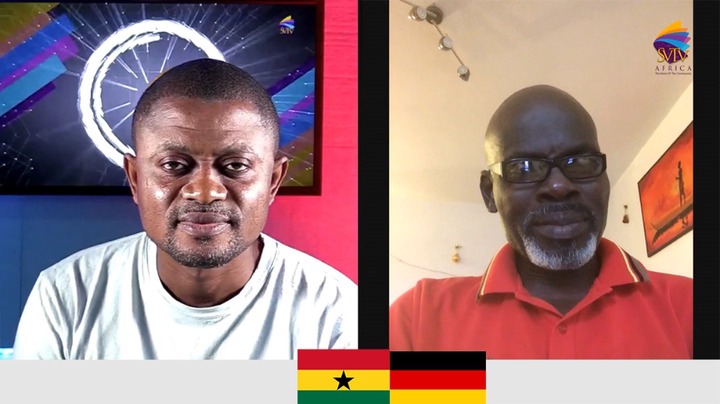 Germany based Ghanaian Kofi Boakye has revealed that her ex-wife used ‘juju’ on him and believes that was the only reason he brought her to Germany, but she divorced him soon after.

In a chat on SVTV Africa with DJ Nyaami, Mr Boakye mentioned that his ex-wife was exposed later when she had settled in Europe. Mr Boakye stated that they met in 1999 and relocated her to Germany in 2002.

According to Mr Boakye, her wife was already pregnant with another man’s baby but aborted it before travelling to Europe.

“They advised her to abort the baby because we will find out that it is not my child. They only told me after we got to Germany. If I were aware of that, I would have seized the passport.

Eventually, she brought a white man home and told him that I was her uncle. I thank God that I did not impregnate her. It would have been a problem,” he said.

Mr Boakye added that she aborted a child with another man while living with him. He mentioned that he believes that was God’s way of relocating her to Europe.

“We divorced later in 2008 when we came back home. My ex-wife did not agree to the divorce initially, but I had to convince her. I have not married again, but I would want to,” he said on Daily Hustle Worldwide.

Becca, Stonebwoy, Kofi Kinaata And Other Ghanaian Celebrities Join MzVee In Support Of Her 1030Album