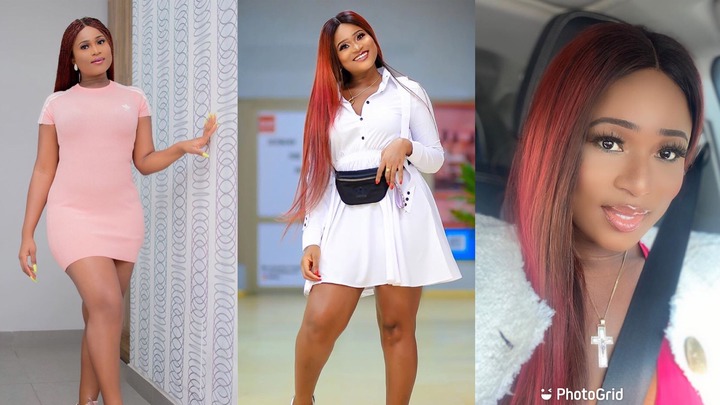 Lets face some facts about the beautiful actress you probably didn’t know about her.

The fast rising Ghanaian actress, Christabel Ekeh, was brought to the world by a Nigerian Father and a Ghanaian Mother. She was born on 16th October 1990 in Accra, Ghana. She is the first child in a family of three children. After completing her primary school education, Christabel Ekeh attended St Mary’s Senior High School in Accra, Ghana and obtained her West African Senior School Certificate.

The beautiful actress then proceeded to University of Ghana, Legon and graduated with a Bachelor’s Degree in Theatre Arts. After completing her tertiary education, Christabel Ekeh joined the Ghana movie industry and started acting as a minor character in movies.

Christabel Ekeh then shot to fame after she contested for Miss Malaika 2008 as a model and emerged as the First Runner-up in the competition. Christabel Ekeh became highly famous after she played the role of Efia in the popular Nollywood movie “College Girls” a movie that brought her to limelight and made her popular both in Ghana and in Nigeria.

Some of the movies she has acted include College Girls, Ladies with Wings, Waist Beads, Corporate Love, Wrong Target, amongst others. Christabel Ekeh has been nominated for Face of Ghana Movies at the City People Entertainment Awards. Christabel Ekeh is very beautiful.

Talking about the unfortunate incident that happens from her camp that brought her followers in a state of shock, it could be recalled in somewhere in 2017 when she released nu*de photos of herself on the internet.

She became the talk on social media and headlined the news as her nu*de photos flooded the internet. Fans of the actress wondered what exactly led to her releasing her own nu*de photos.

Some were of the view that she had a mental problem, others too concluded she released her nude photos just to trend, get attention and fame.

Fortunately for her fans she went on a break from social media and bounced and called herself “new Christabel Ekeh”.

Checkout 10 Stunning Photos Of Her That price she is indeed the most beautiful actress in Ghana with no doubt..

1. She wows her face with her beauty 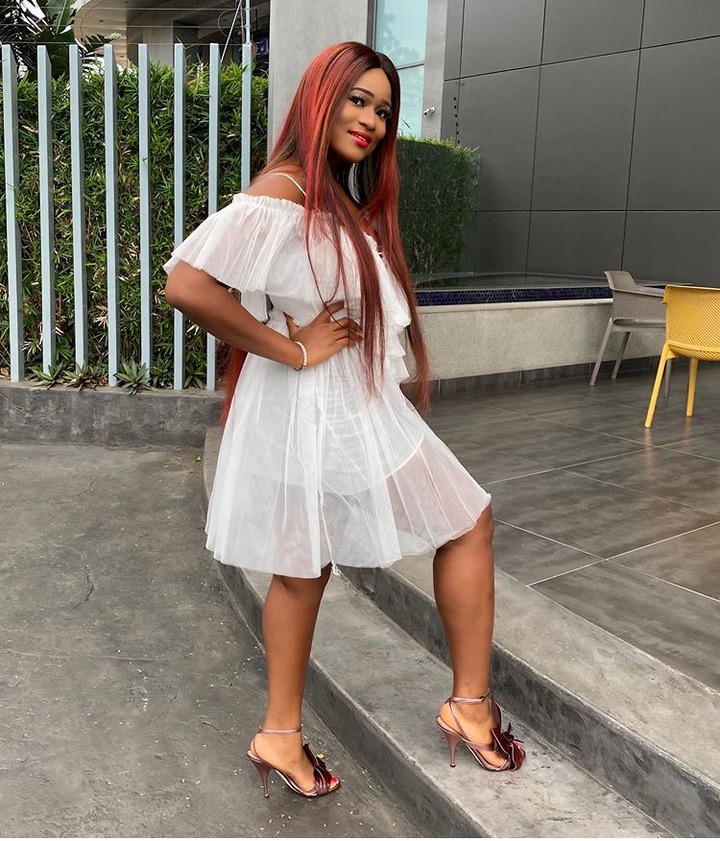 2. She steals every event with her beauty 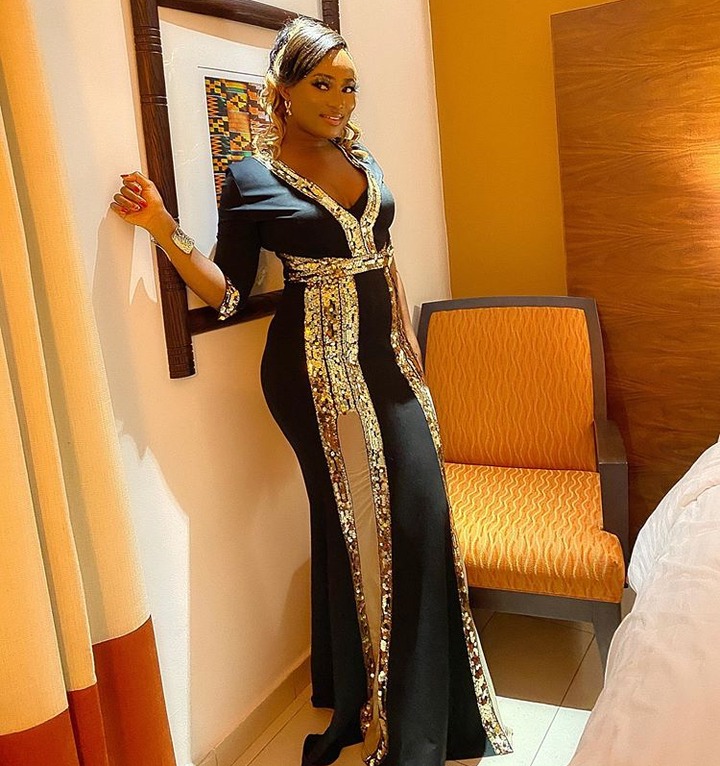 3. She flaunts her beautiful face 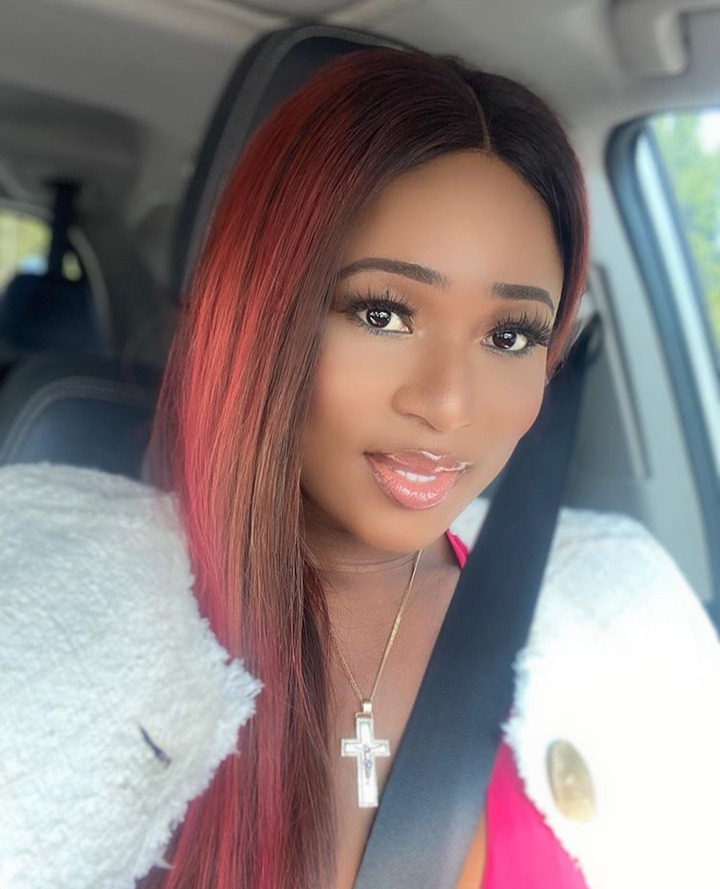 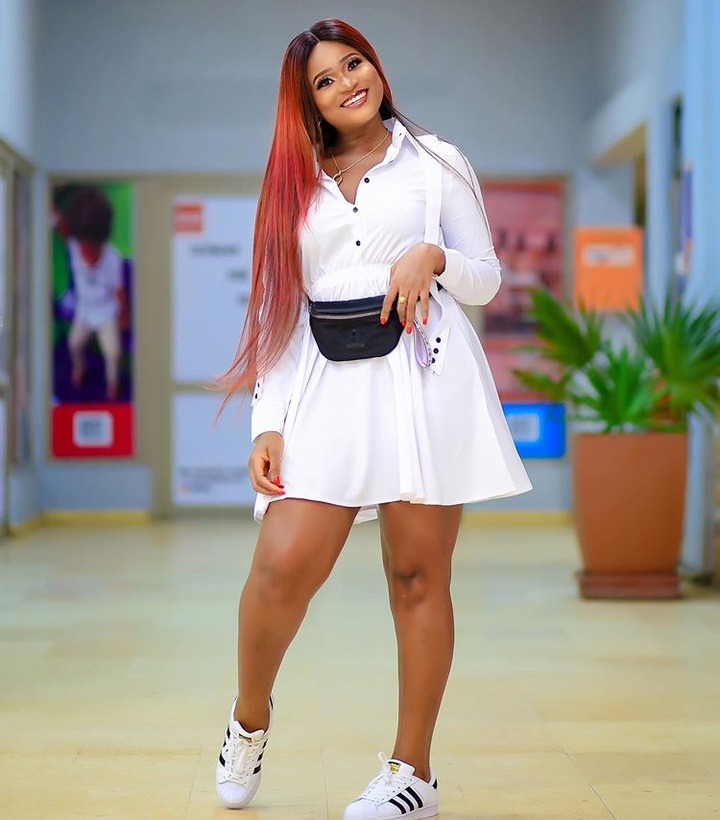 5. She rocks in white 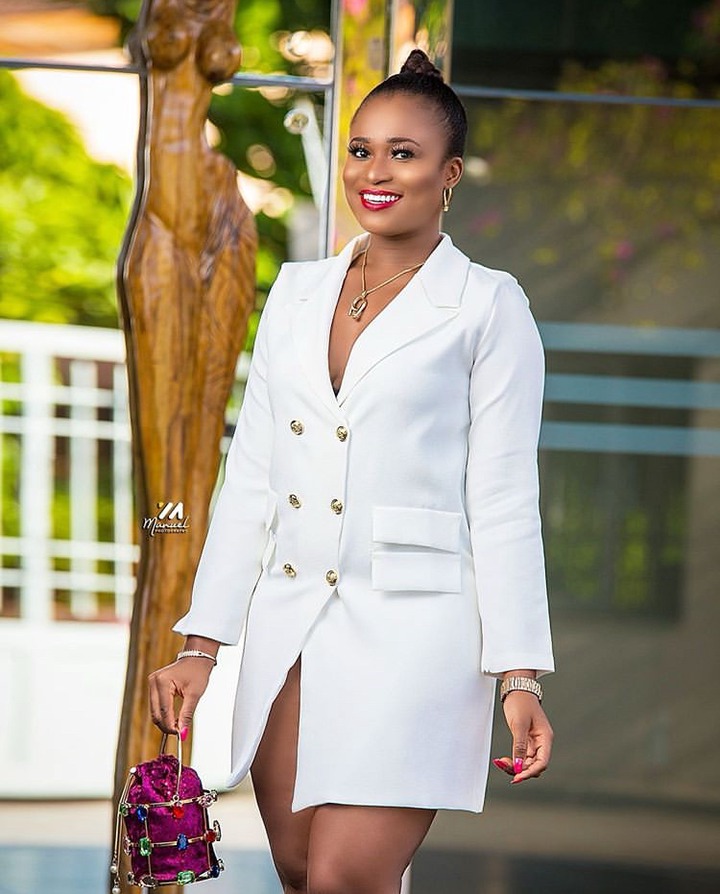 6. She is extremely beautiful 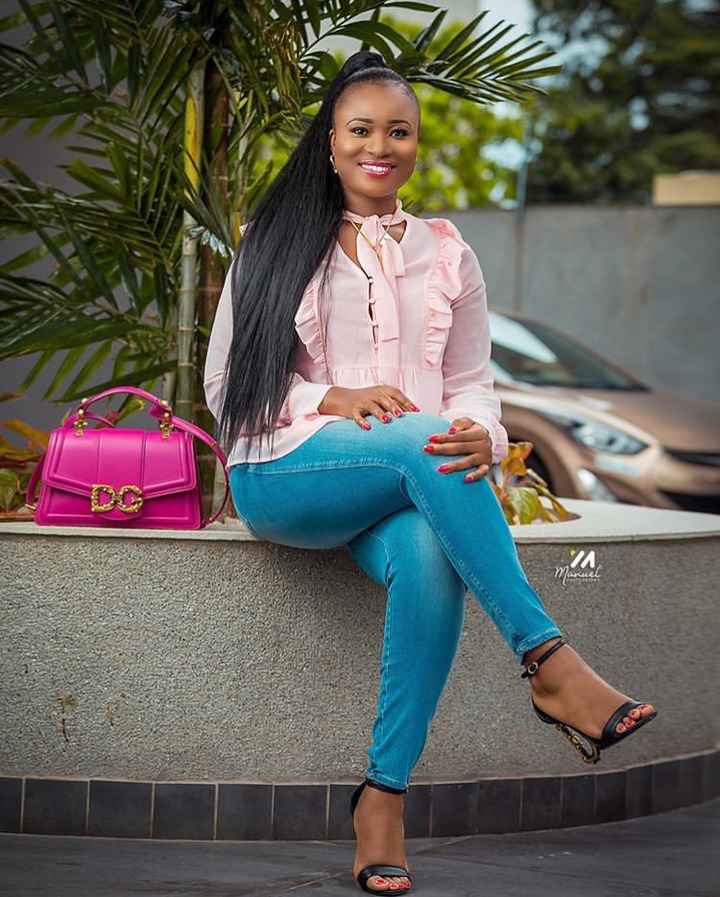 7. She is a perfect definition for Beauty 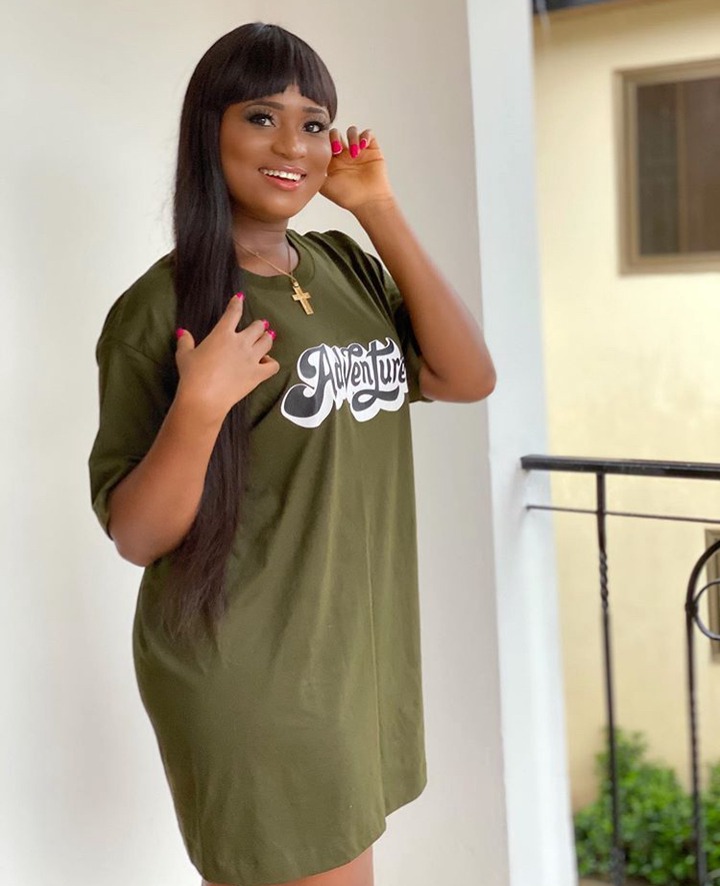 8. She rocks her nice Adidas outfit 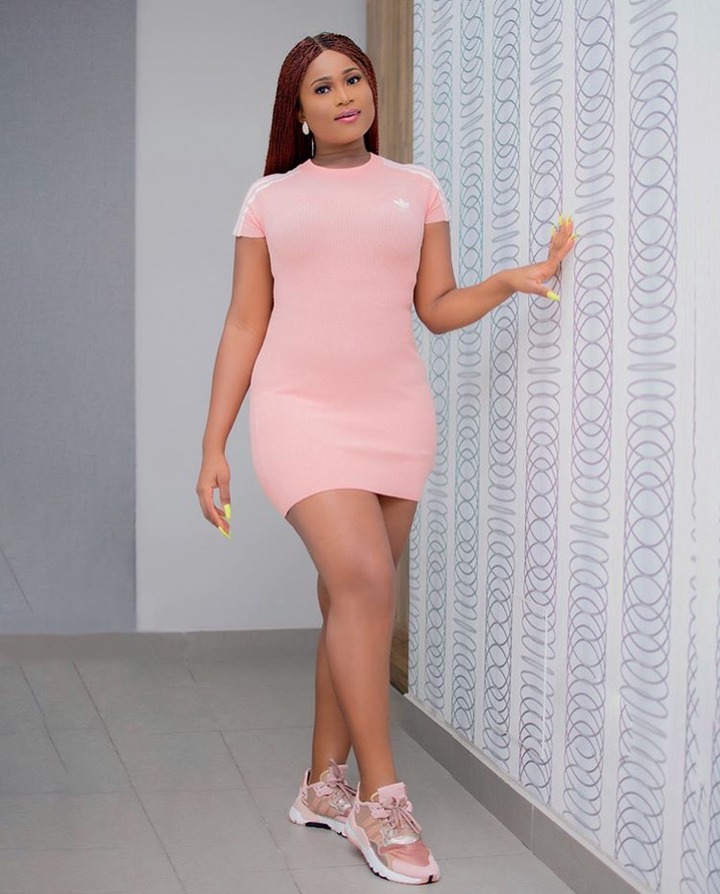 9. She got a charming smile 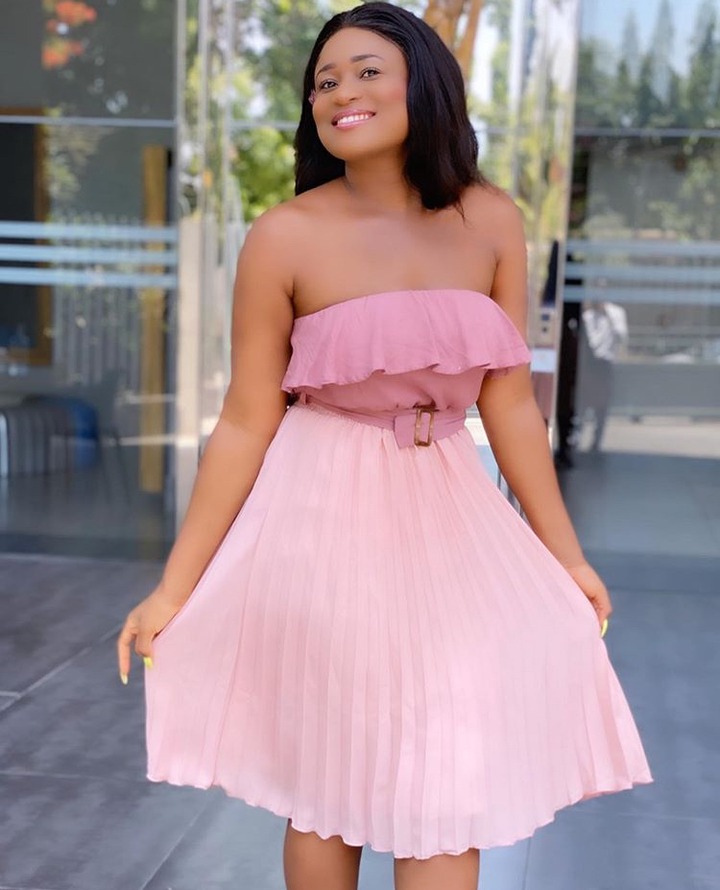 10. Indeed Ghana got a beautiful actress. 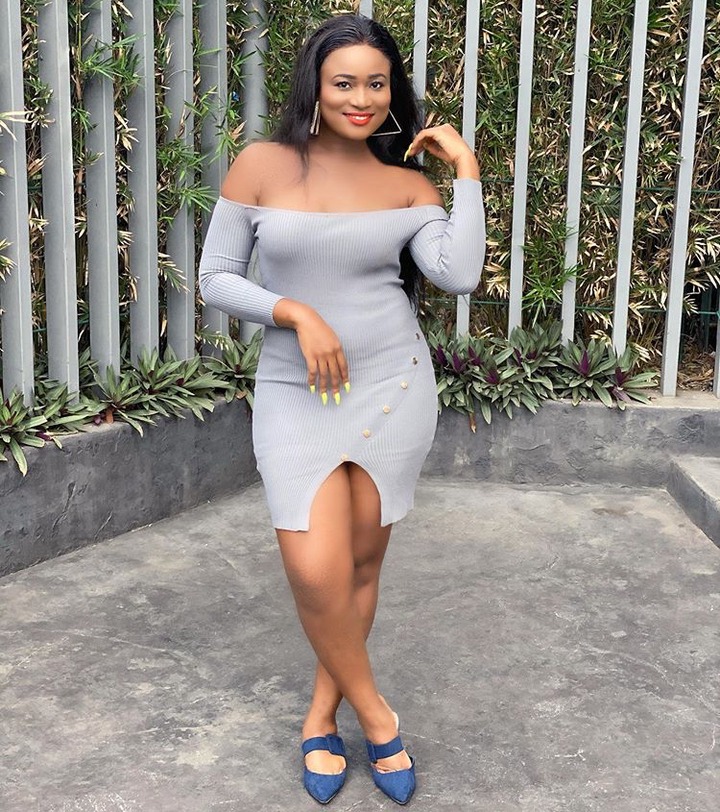