Meet Asebu Amanfi, the giant who carried a hole house on his back with his sister living in it

Asebu is noteworthy in the history of the Gold Coast for being the first Fante chiefdom to conclude a treaty with the Dutch Republic in 1612. The treaty gave the Dutch permission to construct Fort Nassau at Mouri, which is now known as Moree. 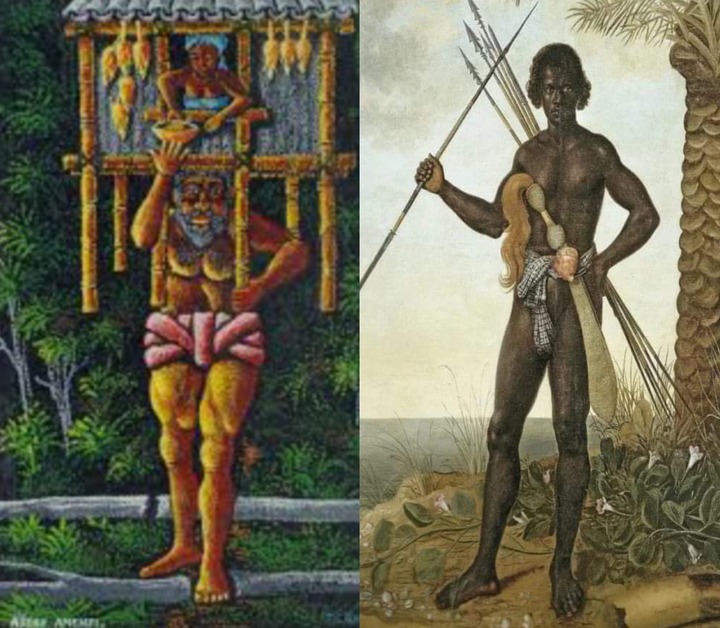 According to legend, there was once a giant named Asebu Amenfi who possessed incredible strength. He was also said to have supernatural abilities and the desire to do something that the average person couldn't.

According to oral history, he had a sister called Amenfiwaa who was in charge of cooking his meals. Amenfi was a voracious eater, possibly due to his size and stature, and Amenfiwaa had to work extra hard to satisfy her brother's hunger. 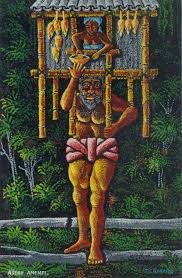 Asebu Amenfi was the head of the Asebu chiefdom who battled and enlarged it. He had a magical rod that he used in fights which is said to still exist today. His finger prints on Asebu rocks attest to his life and demonstrate that he was a truly strong giant.

He rested on a rock as he walked around, and after he rested, His finger prints left on Asebu rocks are evidence of his life and that he was a truly strong giant. His presence was felt not only in Asebu, but also in other main towns in Ghana's Central Region, such as Abrakrampa.

Meet 4 Female Celebrities Who Are Endowed With Huge Shapes And Curves.