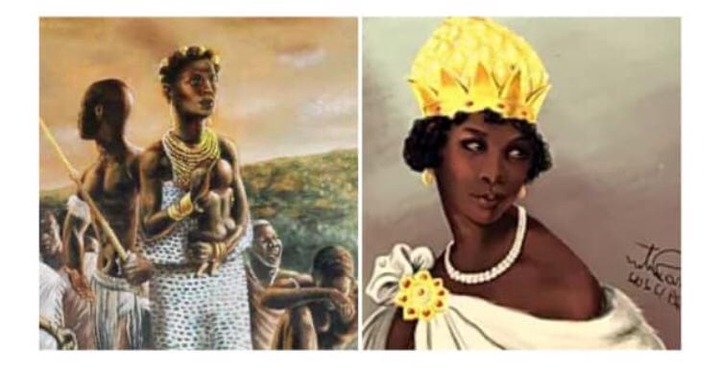 Queen Ewurabena Pokou was a Tuesday born. She was born within the years of 1700 and 1720 in Kumasi, a town in Ghana. Her father being a warrior wasn't renowned because he did not have any royal lineage. With the Ashantis having a matrilineal culture, Pokou gained her royalty through her mother who was the niece of Osei Kofi Tutu, one of the leading founders of the Ashanti Empire.

The people were then able to cross the river, leaving the territories of the Ashanti Empire to Ivory Coast. The journey continued until they reached a fertile land and settled there in Ivory Coast. To serve as a reminder, people named themselves 'Baoule'.

The tribe is now the largest tribe in Côte D'Ivoire, having other sub-ethnic groups too. Queen Pokou lived on, ruled and died a short time after establishing the Baoule kingdom. She was succeeded by her niece, Akwa Boni who also continued the works of Pokou and won wars of conquest to expand the territories of the kingdom. The Baoule tribe is now located between the regions of Kamoe and the Bandama river. They make up 15% of the country's population.

Due to changes in language, the name of the princess has been changed over the years. The name which was originally Princess Ewurabena Pokou now has many variations. Some people call her Awura Poku, others Aura Pokou and the most popular among them all is Abla Pokou.

IN the year 2013, a movie was released in Ivory Coast and the life of the princess inspired that movie. The movie is an animated movie titled Pokou, princesse Ashanti by N' ganza Herman and Kan Souffle.

Below is an artistic impression of Queen Pokou and her sacrifed child; 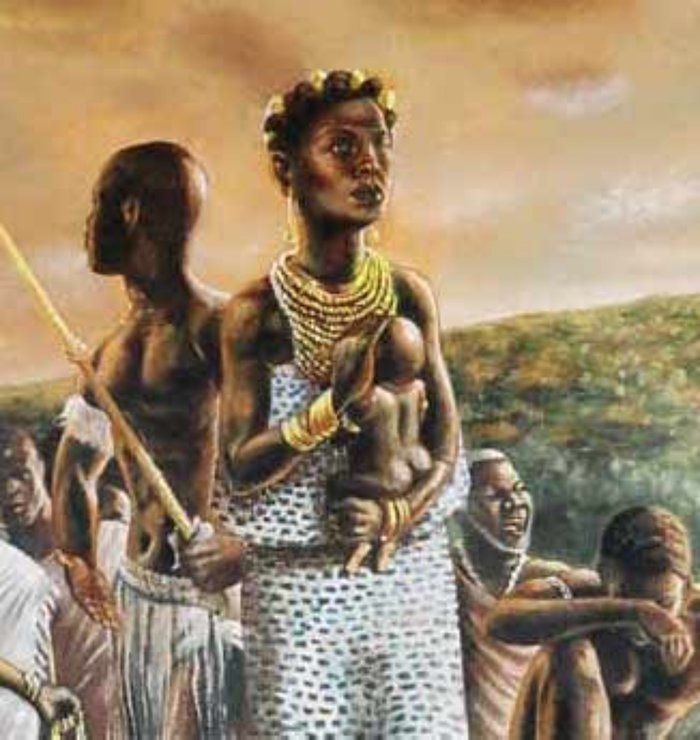 Content created and supplied by: Alinko100 (via Opera News )