You Will Know The Kind Of Person Kwadwo Dickson Is, If I Read His Letter- Captain Smart.

By OCANSEY_NEWS (self meida writer) | 10 days

According to renowned broadcast journalist and radio personality, Captain Smart, who was trending on almost every media platform after he was suspended from Angel Fm, his former work for speaking against high ranking public officials on his live radio show, when he reads the letter, the general manager of Angel Broadcasting Network, Kwadwo Dickson gave him, Ghanaians will know the kind of person he is.

Yesterday evening on his “smart show”, he reacted to the comments of Kwadwo Dickson, who said that if Captain Smart thinks, he is a man, then he should release his suspension letter to the public. Captain then said that he doesn’t know what is so important in the letter which was given to him, that Kwadwo Dickson is ranting that he should publicly come and read it out to Ghanaians.

And the letter he was given doesn't even make sense to him because they gave him that letter so that the top public officials will know that he was under control. But the fact is that he can not be controlled by anybody. And if his new tv station will do the same, he will leave their media house.

What do you think of the claims of Captain Smart? 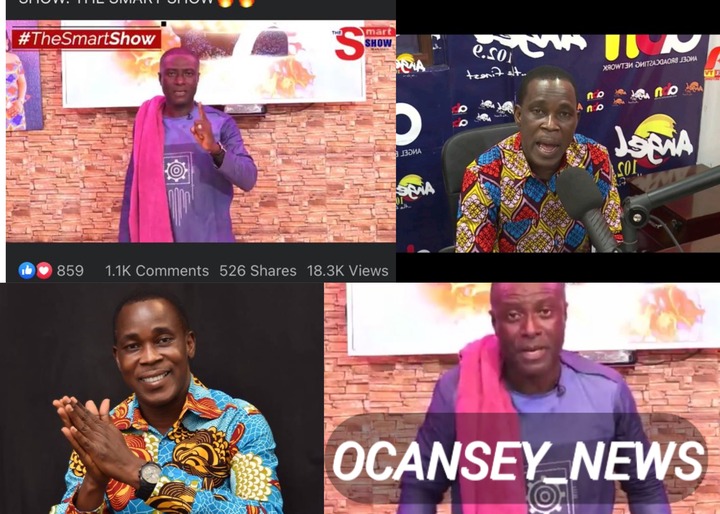 If you're a Christian, don't make these mistakes; people will doubt your faith

“I've gone through a lot in my life, and now that my son has a job, he's been killed” – mother