By zackgh.com (self media writer) | 1 month ago

Ghanaian musician who has become the trending topic in the world, Mohammed Ishmail Sharif popularly known by his stage name, Black Sherif has finally released the official music video for his global hit song titled "Kwaku The Traveller" which has currently reached over 1 million views on YouTube in just one day.

A day after its release, Black Sherif's music video for 'Kwaku The Traveller' (KTT) received a million views on the popular streaming platform.

On May 19, Blacko, as he is known, released the much-anticipated visuals for his smash hit.

The director of the video, David Nicol Music have been praised on social media by netizens for the good visuals.

The record Kweku The Traveler video has set, which seems to be the first Ghanaian music video to have hit one million in a day, is undoubtedly a great success for Black Sherif and his management team.

The video went much more viral after Timbaland also shared it on social media.

On May 21, 'Kwaku The Traveller' was the most popular video on YouTube.

Check out the video below: 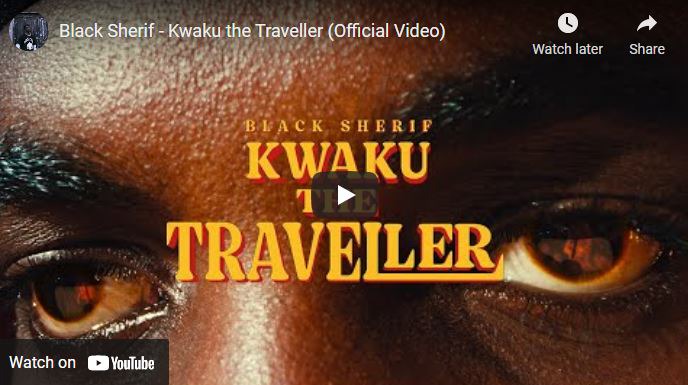 Content created and supplied by: zackgh.com (via Opera News )

Check out the New E-levy changes in the Ghana.