Since losing more than half of his body weight and investing $30,000 on tattoos to cover up his weight loss marks, a guy who weighed 330 pounds has turned himself into a hunk. 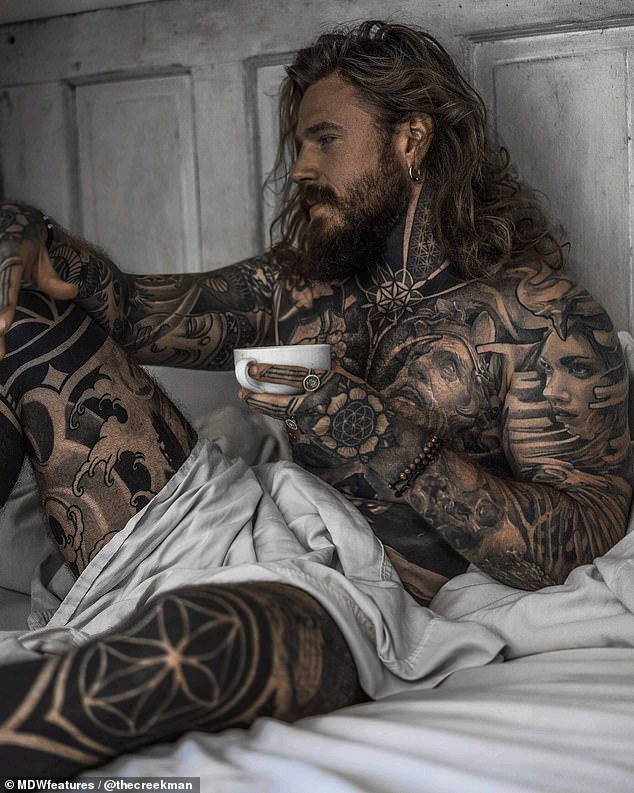 Kevin Creekman, 32, a model, actress, musician, and social media founder from Los Angeles, California, struggled with his body image as a child. He weighed 330 pounds as a teenager, which he attributes to biology and his love of calorie-dense foods.

He thought enough was enough when he was 18 years old and embarked on his weight-loss journey. For a year, he avoided carbs and sweet treats and concentrated on eating just 1,500 calories per day. He also began going to the gym. 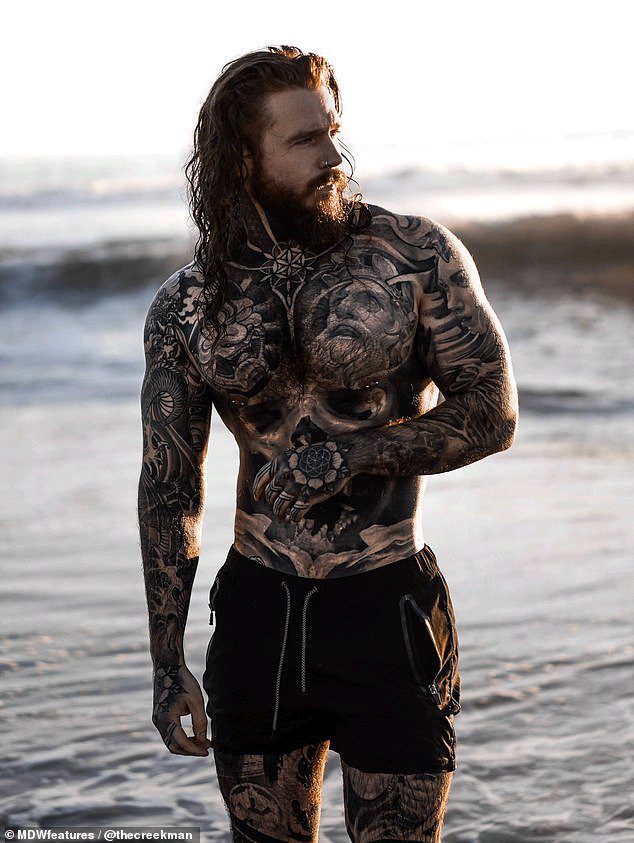 Now and then: Kevin was 330 pounds when he began his weight loss journey at the age of 18. He now has a respectable weight of 152 pounds.

'I have a social work degree, but I still believe it's impossible to find one explanation for my weight gain in my youth,' Kevin said.

'I've been overweight since I was a kid, and I believe there are many contributing factors.'

'I liked high-calorie foods and was socially withdrawn.' I also believe there is a genetic dimension to my ability to gain weight. 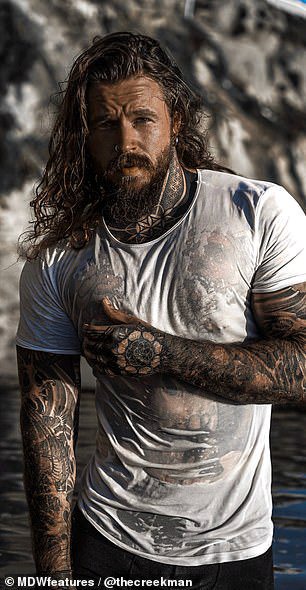 'I drastically altered my diet, eliminating all carbohydrates and sweets.' For a year, I also kept the portions very tiny. I began participating in sports as well.

Kevin was left with loose skin on his stomach after losing 178 pounds, so he underwent skin removal surgery in 2014.

Although he was pleased with his new slim figure, the surgery's prominent scars on his chest attracted unwelcome scrutiny and questions.

Kevin decided to cover his wounds with tattoos while he was there. Kevin, who already had tattoos on his arms and upper chest, was no stranger to ink.

Kevin started with a skull tattoo on his stomach to cover up his tummy-tuck scar, and since then, he's spent $30,000 and 250 hours tattooing his whole body. 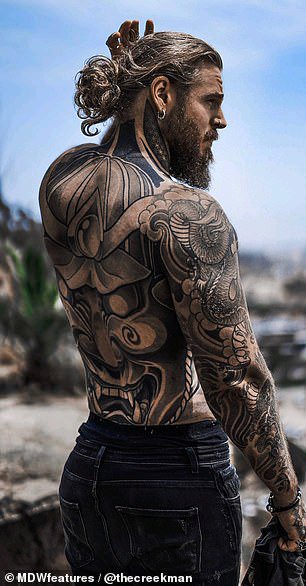 Kevin's relationship with his body has changed dramatically as a result of the transformation. Although he is still critical of himself on occasion, he exudes optimism, which led him to pursue a modeling career.

'I was left with scars after my skin removal operation, and I was tired of explaining what happened to people because I couldn't hide them,' he said.

After my surgery, I got a large skull tattoo to cover up my tummy-tuck mark.

'I've had so many since then that I can't keep track.' I only intended to tattoo whole body parts, so it's difficult to say where one tattoo ends and the next begins.

'It took the longest for me to finish my back-piece. It stretches from my neck to my knees and took twelve five-hour sessions to complete.

'Because I've always been friends with tattoo artists, I've been able to get some great deals over the years.' I've spent just around $30,000 and 250 hours [under] the needle.

'Some people's jaws drop when they hear that, but it's a really good deal.' Top tattoo artists now charge a much higher hourly rate.'

Kevin has no plans to have any new tattoos in the near future due to a lack of space, but thanks to his renewed faith, he's now branching out into the music and acting industries.

Kevin explained, "I used to block and distract myself from most of my feelings about my body." 'Now that I'm older, I'm much more conscious and critical of myself, however I strive to be the best version of myself every day.'

'I now have the courage to go out and show the world who I am, which I never had before.'

'I've certainly had a stronger dating experience with more tattoos and more life experience, whether it's because of the tattoos or because of my newfound faith.' I might be too edgy for those who don't like tattoos, but I believe most women find heavily tattooed men to be more attractive. 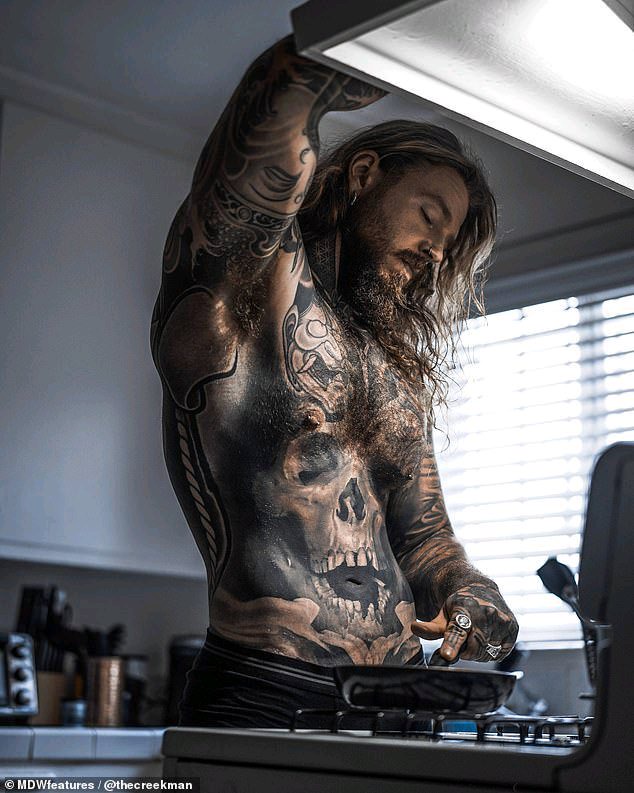 'On the internet, I have a lovely and respectful group of people who value me. Even if they aren't fans of tattoos in general, they love my tattoos.

'I get the odd snide remark, but they're few and far between.

'My tattoo designs are nearly over, so I'm looking forward to developing my other companies. I'm about to embark on my first tour as a singer, and I'll be appearing in my first feature film later this year.

'The most important thing, I believe, is to do whatever makes you happy.'

13 Easy herbs to find that will attract money, wealth and help you business to be better