Is there any chance for a broken heart and a hardened heart love again?- A Love To Last.

By Basoah (self media writer) | 1 year ago

Despite being a successful event organizer and her spirted family's breadwinner, Andrea (Andeng) Agoncillo experiences a deep pain caused by heartbreak. Thankfully, having been cheated on by her ex- fiance has not dimmed her dream to one day have a family of her own with a man she truly loves and loves her back.

At the same time , top CEO Anton Noble IV juggle the pressures of running a prestigious company and being a single father to his three children, pained by his annulment to his ex- wife, Grace, he ends up with a hardened heart.

But soon enough, Andeng and Anton's paths cross and genuine love blossoms between them.

However, complications arise when strained families start testing their commitment and Grace return to reassert her status. Just how far is Andeng willing to go for the sake of her love for Anton? And how will Anton prove that Andeng is the Woman who now holds his heart?? 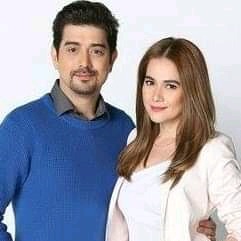 We begin by meeting Andeng and Anton. Andeng is a young woman who works at an event organizing company called Good events. She was raised by her mother after her father abandoned them for another family. He later came back to them after he got ill, bringing his son Andrew with him. He has now passed away and Andrew lives with Andeng's family. He also works with Andeng at Good Events.

Andeng has been dating Jerold for 5 years and the two of them are engaged to be married. They set up a family meeting to introduce their families to each other and start planning the weeding. Andeng is glad to have found love with Jerold and looks forward to spending her life with him. The plan is for Andeng to quit her job at the event organizing company and join Jerold in his supply business.

Anton is a good looking and successful man.

He has just been made the president of his company. He is also trying to raise his three children; LUCAS, CHLOE and KITTY since his wife Grace is living in America. With Chloe's graduation soon coming up, Anton decided o leave for LA and bring Grace back because the children miss her.

Lucas, the only brother tells Chloe and Kitty not to expect their mother to return. He adds that Grace had said that Anton did not love her before she left.

Jerold is the props supplier for Good Events but during this one time, he does not follow up with Andeng boss Mini about an urgent prop. It is needed for a weeding fair event but Jerold is nowhere to be found. Andeng therefore has to be come up with another plan since the client will soon want to see how the event organization is going.

Andeng decide to use a Ferris Wheel for display after seeing one while driving through the city. The client, Mrs Madrigal arrives and Andeng tries to distract her as her team finishes setting up. Mrs Madrigal can see through her and she is in a hurry to see why Andeng is stalling. She ends up bumping into Anton who is at building to see a few matters before he leaves for LA.

Anton helps her so that she does not fall and goes on his way. Mrs. Madrigal is left gushing about him.

Andeng asks if he is an actor and Mrs. Madrigal says that he is the most handsome company president.

They move on to the event hall and Andeng is glad that her team is already done. Mrs. Madrigal seems impressed even if there is no church prop like she had asked.

Jerold arrives a while later with the prop and is mad to see that Andeng did something different.Andeng therefore agrees to pay him so as not to upset him.

Andeng is planning a birthday party for her mother and reminds Andrew about it.

He however says that he has a triathlon to attend on that day. This recap belongs to Kenya meets the Philippines and should not appear on any other pages.

Jerold says he will see Andeng another time because he has to meet with his father. Andeng wants to go along but he asks her not to.They agree to meet the following day for Andeng's mother's birthday. He drops his phone and Andeng sees it after he leaves.

There is a message from a girl asking Jerold to meet him at a hotel. Andeng goes there and gets to see Jerold with another woman. Meanwhile Anton goes LA to bring Grace home. It has been more than a year since she left to see her ailing father and he hopes that Grace would go back to attend Chloe graduation.He also tells her the children miss her. Grace however tells him that her father is ill so she cannot go back. She adds that she is taking a class that she hopes to finish. Anton asks her how much longer they should wait. Grace tells him not to wait anymore and tells him that she wants an annulment.