By josh_nkp (self media writer) | 1 month ago

Social media influencer, actress and current musician, Akuapem Poloo is set to appear before court again after her arrest some months ago.

To remind ourselves of what happened, Akuapem Poloo was sued by a human rights activist some weeks after she posted a picture on her social media handle, of what is described as obscene, with her son. She was then charged with about three different charges. And then was sent to serve a short sentence in prison. 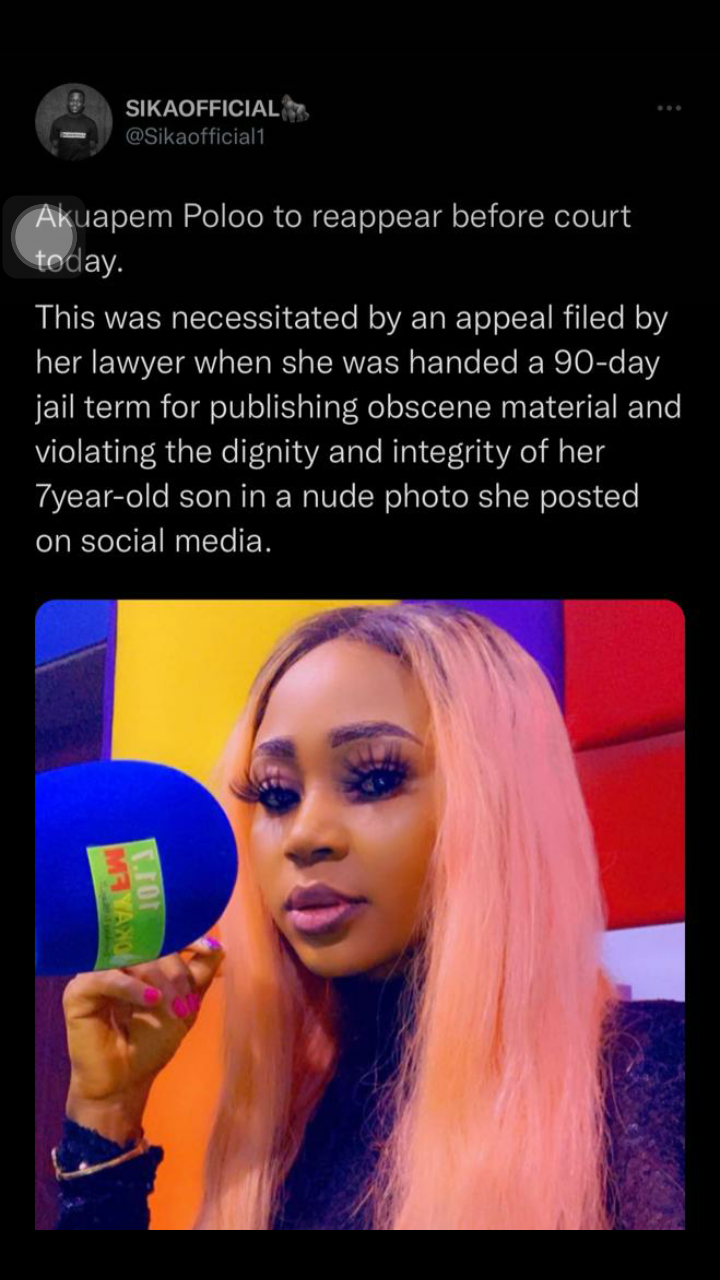 Social media fans took to their pages to protest the unfortunate event and some fund raising was even made out of it by some celebrities, which later also brought some confusion.

She was then released and joy shown all over her face. But the beautiful actress and influencer will be appearing before court again.

The appearance is said to be necessitated by an appeal made by her lawyer when she was handed a 90-day jail term. She is to reappear today and we're waiting on what is going to come out of this appearance.