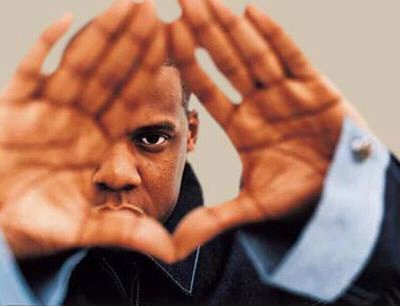 If you’re a rapper in 2018 and haven’t been accused of being in the Illuminati, then are you really even a rapper at all?

The secret society’s place in hip-hop culture, and hip-hop’s obsession with it, can be traced all the way back to 1995, when Prodigy of Mobb Deep dropped this line on the remix to LL Cool J’s “I Shot Ya”:

“Illuminati want my mind, soul and my body/ Secret society, trying to keep they eye on me/ But I’ma stay incogni’, in places they can’t find me.”

It was the first time the organization was mentioned on a hip-hop track, and the rest, as they say, is history. Hip-hop has always articulated the struggles of everyday life, as well as the grind to make it out of certain situations and counteract the oppressive systems in currently in place. The coy mention of a secret society, then, one that exists to manipulate society and determine what (and who) can be successful, speaks to these ideas.

But as the Illuminati began receiving mentions on wax, rappers also began facing accusations of being apart of the so-called New World Order themselves as we moved into the 21st century. “Eminem is sacrificing his career for the Illuminati,” one super creepy video asserts. “Tupac faked his death to escape the grasp of the Illuminati,” others proposed.

As hip-hop spoke of their fears of the secret society in the ‘90s, the dawn of the Internet and the digital age completely intensified the narrative. Now fans with a taste for conspiracies and a keen eye began concocting a new theory: Rappers were no longer skeptical of the Illuminati. They were full on members. YouTube videos breaking down Illuminati symbolism in music videos began to pop up. Anything a rapper wore was scoured for secret messages referencing the Illuminati, and any inadvertent hand signal was interpreted as a gesture toward their all-powerful masters.

As most conspiracy theories go, this one doesn’t exactly have a solid foundation—but that doesn’t stop people from believing in it. These are all of the rappers accused of being in the Illuminati. Sleep one eye up 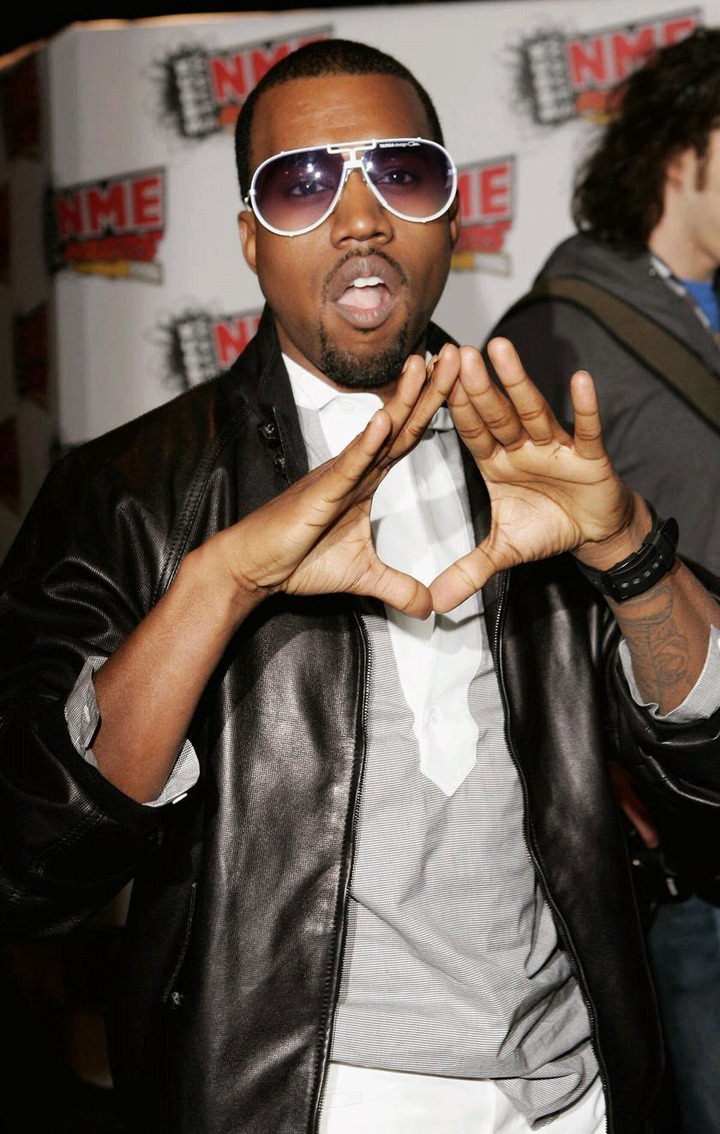 Much of the lore surrounding Kanye West’s connection to the Illuminati stems from the video for his song “Power,” released in 2010. From the very first shot of the video, which features a close up of West’s face, his eyes aglow and backed by a series of columns, Illuminati conspirators came out in full force. “His eyes are illuminated!” they said. “And those columns represent a Masonic temple!” And on and on it went, from West’s Horus chain (which, to Illuminati conspirators, symbolizes royal protection and immense power) to the devil horns atop the heads of the women in the video.

‘Ye then famously addressed the loudening Illuminati rumors on a guest verse for T.I.’s “Welcome to the World”:

“People ask me shit about the Illuminati/ First off, fuck that mean?/ He loved Jesus when he he he was worse off, oh I see/ When they think a n***a is stupid rich/ People just start coming up with stupid shit”

Kanye’s rebuke didn’t exactly calm the storm. In 2015, when Kanye joined JAY Z, Rihanna, Madonna, and Nicki Minaj on stage during a press conference to introduce Tidal, Twitter users shouted that this was actually a public meeting of the Illuminati. The rumors got so loud, ‘Ye felt the need to write a letter in Paper Magazine stating explicitly that not only was he not in the Illuminati, but that the organization doesn’t even exist in the first place. Sounds like something someone in the Illuminati would say, TBH. 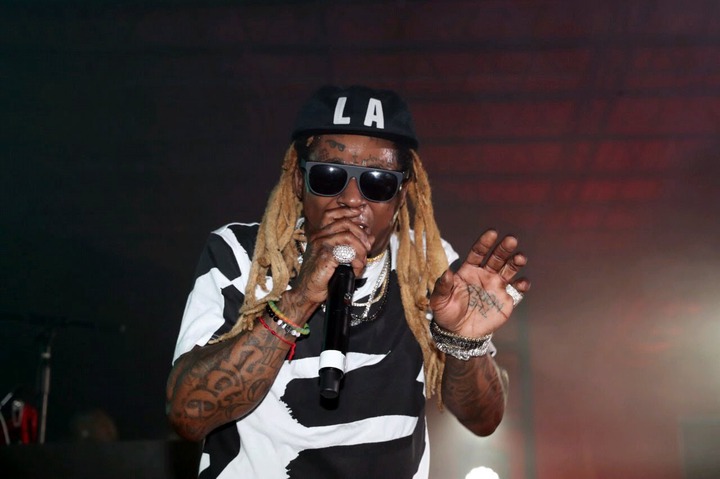 In a photo shoot with Interview Magazine in 2013, Wayne rocked a snapback with an upside down cross on it, an imagine that is closely associated with the devil for obvious reasons. That’s where the “Wayne is in the Illuminati!” rumors began, and Wayne only stoked those flames when he got a tattoo of the all-seeing Eye of Providence on his chin. 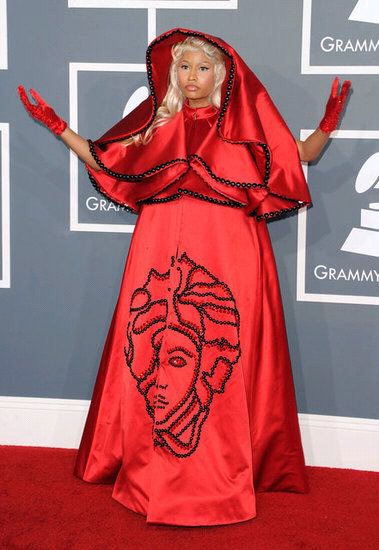 Nicki Minaj loves to rap as different characters, complete with accents and varying personalities. Her use of alter-egos has led people to believe that Minaj has been “possessed” when she slips into them, and is being influenced by a higher power—a.k.a. the Illuminati. Minaj’s performance at the 2012 Grammy Awards, which included an “exorcism,” only furthered rumors that she was commenting on the control the Illuminati has over the world. 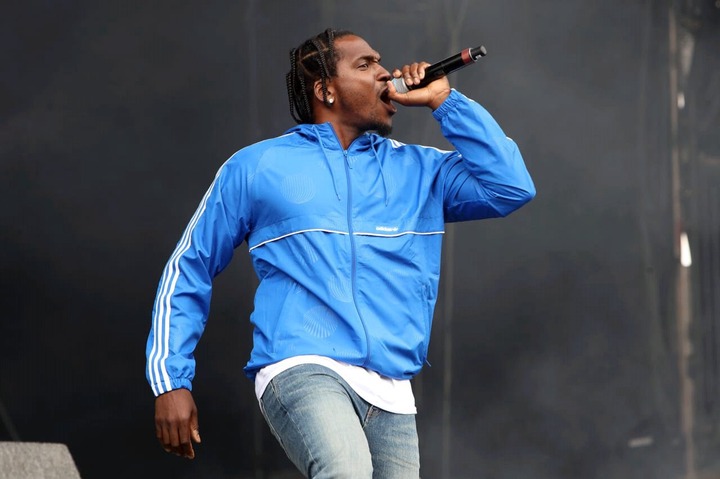 Soon after the release of Daytona, a 10-minute video on YouTube asked, “Did Pusha T take the Illuminati oath?” The video references Pusha’s summer performance on Jimmy Kimmel Live!, which featured a backdrop with an eye. Later, a red and black cross appeared atop the eye, all while Pusha rapped the song “If You Know, You Know”—an Illuminati conspiracy theorist’s dream.

This isn’t the first time King Push had been accused of being part of the secret society, though. While on Sway in the Morning in 2013, defending Kanye West from similar accusations, Pusha revealed that his own mother had asked him if he was a member of the group. 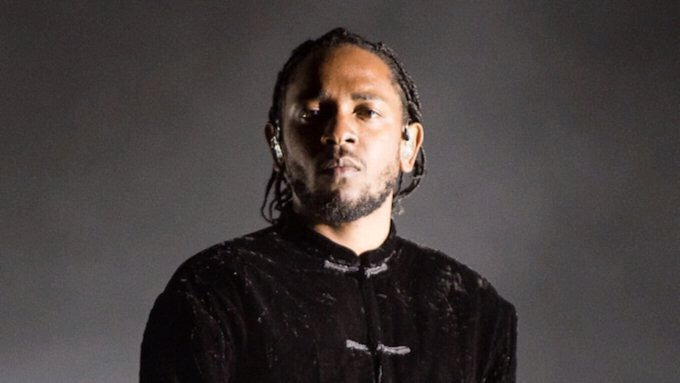 When Kendrick Lamar released DAMN. in 2017, there was plenty for Illuminati conspirators to grab onto. On the album cover, the “M” sits just above Lamar’s head, allegedly in a similar fashion to devil horns. Parts of “FEAR” and “DUCKWORTH” sound like gibberish, and conspiracy theorists have suggested that playing these songs backwards uncovers a hidden message. Then, Lamar released a “deluxe” version of the album that simply reversed the original track listing, giving credence to the idea that the album secretly flows perfectly both backwards and forwards. Illuminati, confirmed

Ghanaians Have Reacted To The Biggest Problem In Ghana