Tega Dominic, a reality TV personality, has finally opened up about her marriage, revealing how she found her husband, AJ Money, was having an affair. 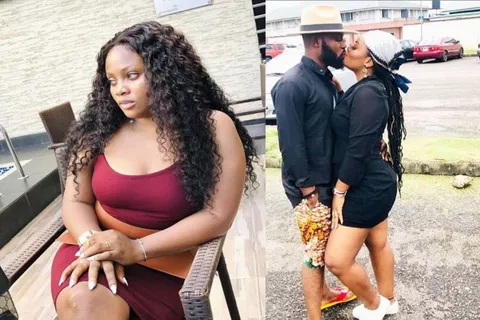 Tega stated to media personality Chude Jideonwo that she discovered AJ Money was cheating on her while they were still married and that the marriage's complexion changed after she knew what he was doing on her blind side.

According to the mother of one, she found out about her husband's extramarital affair on the streets, which is one of the reasons she joined the BBNaija show because she was deeply saddened by the revelation.

“After the death of my father and my husband's infidelity, BBNaija was a distraction and an experiment that destroyed me. Yes, I've considered going out voluntarily and looking for a distraction several times.

I noticed that my husband had an affair and took the woman home with him. I used to talk to people on my street, so I asked them about him. I realized he was bringing the girl home, which made me very angry, and then we talked about it, but it was very protective.

She said , "I broke down when I confronted him about my trip to Lagos, because it reminded him about the time when I had to go