On Tuesday, 27th September 2022, Johnnie Hughes raised several issues during his editorial on his morning show.

He stated that he is not done with his " Let the Retirees Go" campaign and gave notice that he would post the names and pictures of retirees who are still at post and have refused to allow the young ones to glow.

"I am coming after those who do not want to take care of their grandchildren. I used to think that I was only saying my mind that post-retirement contracts should not be allowed".

" I watched Jack Ma's video and he said that, after the age of 60, it was better to give way for the younger generation to do the work".

"Jack Ma also advised that at that age, the grandparents can stay home to take care of their grandchildren. Yes, you need to retire and cook for your grandchildren."

Johnnie Hughes expressed his profound excitement about the fact that Jack Ma shares in his ideology. 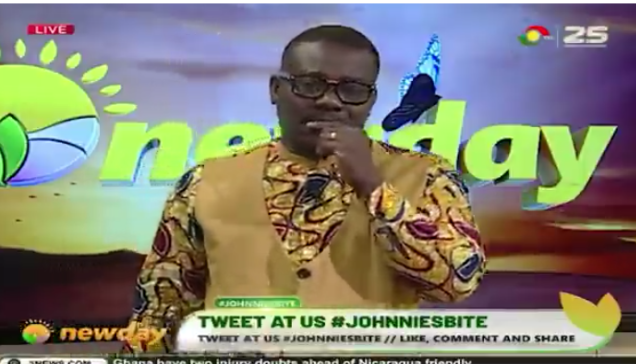 Jack Ma Yun is a Chinese business magnate and philosopher who is worth more than USD22bilion according to Forbes reports. He is the co-founder and former executive Chairman of Alibaba Group, a multinational technology conglomerate.

Born on September 10, 1964, he also co-founded Yunfeng Capital and is a product of Cheung Kong Graduate School of Business.

Johnnie Hughes used the opportunity to send a message to the Boss of the Ghana Immigration Service to proceed with retirement if he is of that age.

"Why are you still at the post when you should be on retirement? If the Interior Minister and the government is listening, they would have taken action. The retirees must go".

"You even allowed the revenues to leak at GIS. When that AICO openly confessed in a management meeting about how he issued a syndicate of fake receipts, you did not interdict him. You swept this serious crime under the carpet. Let the retirees go for the young to glow".

What do you make of the message from Johnnie Hughes?