By Survival.blog (self media writer) | 5 months ago 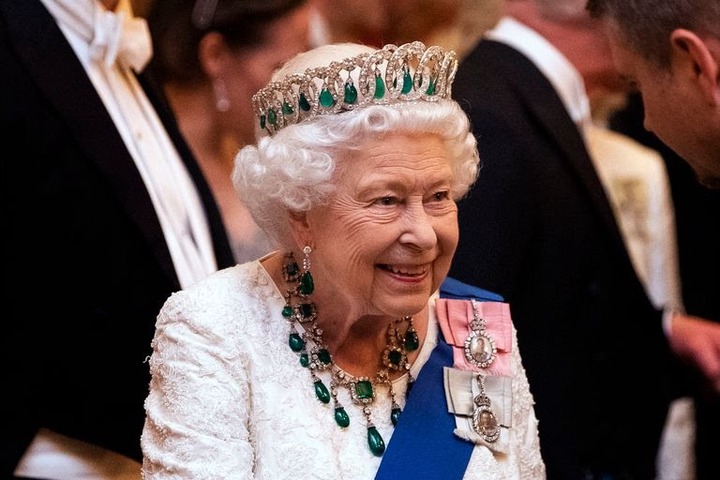 Flags across the U.K. have lowered to half-mast ahead of a national minute’s silence and the start of an official period of mourning.

Her eldest son Charles is expected to soon address the nation as king for the first time, with a coronation ceremony taking place at a later date.

Let's see a brief history of her below.

As a young princess, she first took on public duties during the Second World War, appearing on the radio and being appointed one of her father’s effective deputies as counselor of state.

She married Philip Mountbatten in 1947, a marriage which lasted until he died in 2021, and produced four children: Charles, Anne, Andrew, and Edward.

She became queen in 1952 after the premature death of her father George VI and went on to become both the country’s longest-lived and longest-serving monarch.

She is credited with revitalizing the monarchy, embarking on a seven-month world tour shortly after she took the throne, and helping to secure the transition of the Empire into the Commonwealth of Nations. She traveled extensively in the Commonwealth even as an increasing number of African and Caribbean countries decolonized in the 1960s and 1970s.

The 1980s and 1990s saw one of the most difficult periods of her reign as press scrutiny of the royal family intensified with a particular focus on the unhappy marriage between Charles and Princess Diana.

The popularity of the family dipped in the queen’s annus horribilis of 1992 when Charles and Diana separated and a major fire broke out at Windsor Castle.

After Diana died in a car crash in 1997, the public briefly became openly hostile toward the queen amid an outpouring of grief, before she gave a personal tribute to the princess in a televised broadcast.

She has remained a constant in the life of all Britons and recovered her popularity to become more revered than ever, even as fresh scandals engulfed the family in recent years.

In a broadcast to the nation at the start of the COVID pandemic, the queen promised there were better days ahead. Echoing the words of a famous Vera Lynn wartime song, she said that “we will meet again.”

The queen has been affected by mobility problems over the last year and greatly reduced her public appearances, including missing the state opening of parliament in May and a service of thanksgiving to celebrate her seventy years on the throne. Just this week mobility concerns meant the queen had to appoint Liz Truss as U.K. prime minister — the 15th of her reign — from Balmoral Castle in Scotland rather than London’s Buckingham Palace.

A state funeral will take place at Westminster Abbey in ten days, which will see the nation observe two minutes of silence before the queen is buried at Windsor Castle.

King Charles will embark on a tour of the U.K., starting with a visit to the Scottish parliament and service at St. Giles Cathedral in Edinburgh

Content created and supplied by: Survival.blog (via Opera News )