By Psammiehub.7 (self media writer) | 1 year ago

Adidja Azim Palmer, better known as Vybz Kartel, is a Jamaican reggae dancehall musician, singer, composer, record producer, entrepreneur and convicted murderer. Among his various nicknames, he is referred to as "World Boss". In 2014, Kartel was sentenced to life imprisonment for the murder of his associate Clive "Lizard" Williams. He will be eligible for parole once he has served a minimum of 35 years in prison. Despite being imprisoned, Kartel continues to release new music prolifically, releasing over 50 new songs in 2016 alone.

Still in prison, Vybz Kartel stills makes waves around the world. He’s made the most views on YouTube despite in prison. At the moment, he’s the most viewed artist with about 85.3M views YouTube followed by Alkaline with about 50.2M views. Chronic Law, Skillibeng, Intence and Teehay follows accordingly. 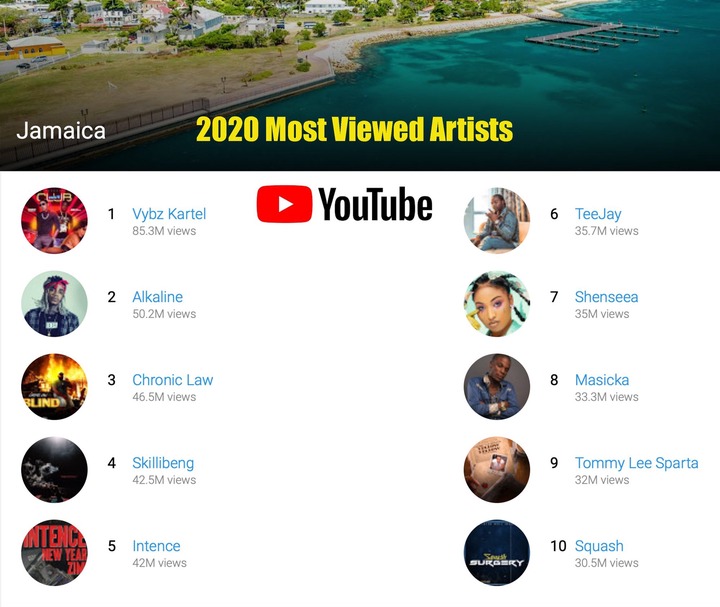 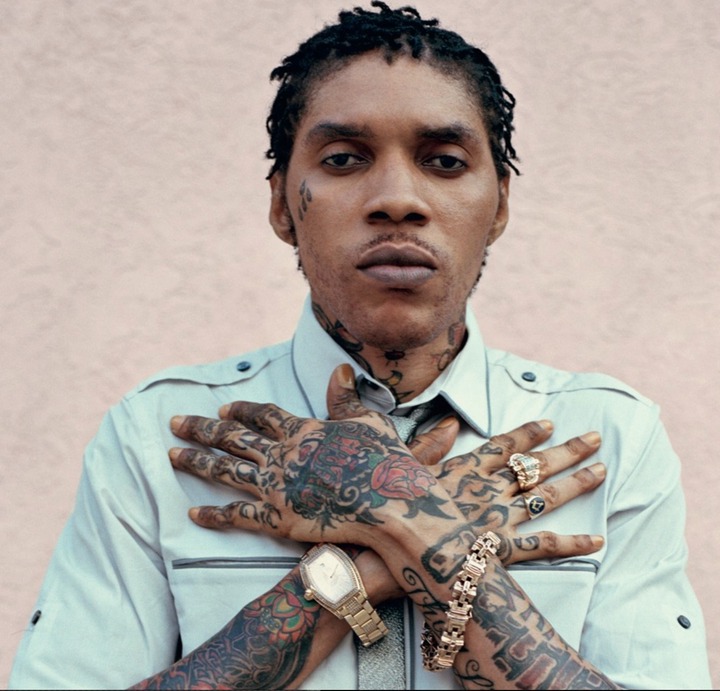 In Ghana, the African Dancehall king,Shatta Wale also tops the most viewed artist in 2020.

Taking Vybz Kartel as his God father, a great achievement both as made indeed .Shatta Wale tops the Ghanaian most viewed artist chart with about 16.2M views. The Rap king, Sarkodie also follows slightly with about 14.4M views then Stonebwoy with about 12.2M views 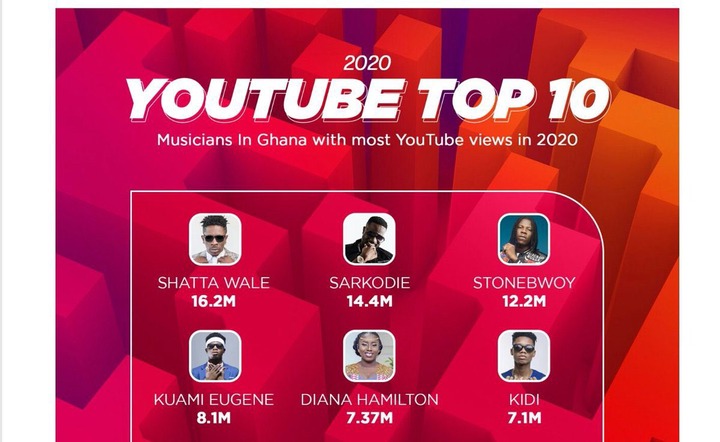 Content created and supplied by: Psammiehub.7 (via Opera News )

Massive Reactions As GhOne Shared This Post On Social Media.

Hajia4real Shared Gorgeous Pictures Of Herself On Social Media.

Having sex with condom will send you to hell - Pastor cautions