Meet Isaac Harvey, the 26-year-old man without hands who is an award-winning filmmaker

By Emmiesgh (self meida writer) | 22 days 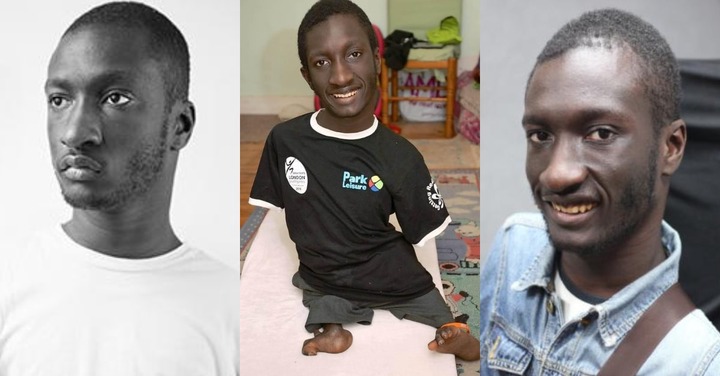 Despite coping with an impairment, Isaac Harvey, a 26-year-old video maker and vlogger from Ilford in East London, is a well-known filmmaker.

The young man was born with limb hypoplasia, a birth condition that impaired limb growth and left him with no hands and tiny legs.

Without letting this stop him, Isaac began vlogging and recording himself playing games with his feet, which fascinated many social media users, according to Thesun.co.uk.

His online presence expanded, and now the 26-year-old is regarded as one of London's top filmmakers, having earned awards for his efforts.

Isaac was one of fifteen contestants in the Vlogstar Challenge, which sought to find London and Essex's best young filmmaker.

His video Hard Work (It Pays Off...) won him the top prize at a major Bafta ceremony, and he got £500 in recording equipment as well as YouTube mentoring.

Afua Ansah, Ghana's 2016 Spelling Bee winner, has been welcomed into one of the best Ivy League colleges in the United States of America, according to another thrilling article.

According to a post spotted by Emmiesgh on The Spelling Bee GH's checked Facebook page, Afua Ansah is studying Electrical and Computer Engineering at Cornell University in New York.

After winning the Bee in Ghana on her third attempt, Afua Ansah went on to represent Ghana at the Scripps National Spelling Bee in the United States, where she became the first African to place in the top 20.

I Have Been A Media Person For 20 Years But I Don’t Know What It Takes To Be A Celebrity, Lawyer T.K

Okudzeto And Jane Visit UHAS; Both Break Down In Tears After Recalling Late Mills' Legacy