By davidcharwayonline (self media writer) | 2 months ago 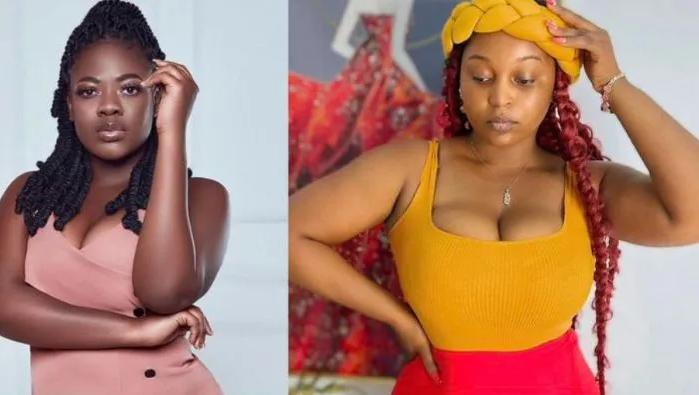 Popular TikTok star Asantewaa is said to have been conned out of GH¢300,000 by Eyram, the wife of YOLO actor Aaron Adatsi, according to news that has been trending online for the past few weeks.

As per those sources, Asantewaa was currently building her own home in any case, it was not expressed how many months or years she has been working on the house.

She planned to finish quickly and move into the house in a month, according to reports.

Supposedly, she allegedly contacted Eyram for assistance with that, and Eyram referred her to her contractor cousin. Asantewaa trusted Eyram with the project because they are friends.

After Asantewaa allegedly paid the contractor GH¢300,000, she didn't check on the house's progress because she had a busy schedule and trusted Eyram to take care of the project on her behalf, according to reports.

Last week, Asantewaa is said to have allegedly gone to her property's location, but nothing has been done there.

Following all these allegations, Eyram has also responded in a release which says;

My attention has been drawn to several published articles promoting BLATANT LIES about me, EYRAM (Eyramgh) in connection with the duping of a TIKTOKER ( ASANTEWAA).

In these various publications, it was purported that I, Eyram aided and abetted in the perpetration of a criminal act which never occurred. These false publications have been peddled for close to a fortnight now and has been in the news since.

﻿Eyram NEVER ENTERED INTO AN AGREEMENT to construct a 3 bedroom I storey building house for the socialite and has no plans of such.

﻿Eyram introduced the socialite to a contractor whom she knew could carry out the project as mentioned.

Eyram was never previewed to the agreement to which the Socialite and the contractor entered into as she was not a stakeholder in any form until the false publications came out.

The cost, though was to be made in full so prices hikes and inflation may not have negative effect on, was paid in weekly bits.

Almost all payments made were made via MTN momo and the currency was Ghana cedis. We are yet to know the platform for which MT uses in carrying foreign currency transactions in Ghana - if any exists.

The contractor has not eluded nor bolted but rather in constant touch with the socialite.

A visit to the site by the socialite, Eyram and the Contractor on 15 November 2022 revealed that The project has been put up and 90% near completion as per agreed.

None of these bloggers, publishers nor attention seekers have contacted neither Entrepreneur Eyram nor the Contractor.

The issues that rose up with regards to the project came up when we reached the last level; the first floor which was already in progress

Emotions got overboard and the socialite in question 'FELT' she had paid over 'GHC300,000* expecting it to 'COVER' other things including plastering.

Receipts and documents in our possession strongly DENY the 'CLAIM'.

Due to surge in prices, the budget was subject to change but the contractor still charged per item, the prices before the surge.

You wonder how such a generous act should be mistaken.

At this moment, legal action and thorough investigations are going on to bring this to the best end for all!"

Document Below for prove reading: 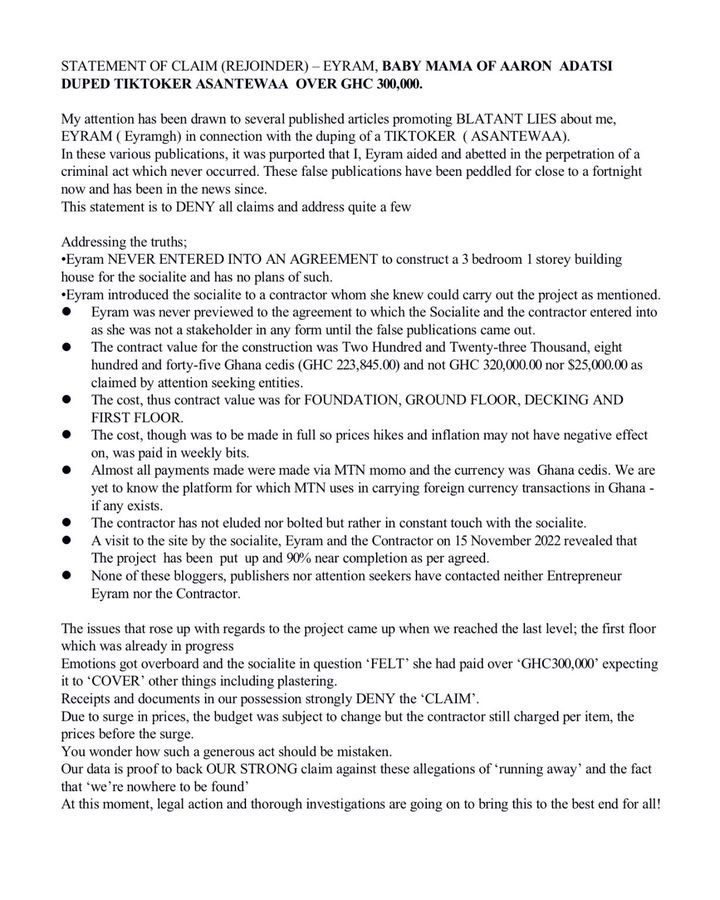 Content created and supplied by: davidcharwayonline (via Opera News )