By Beautiful_Vero (self meida writer) | 15 days 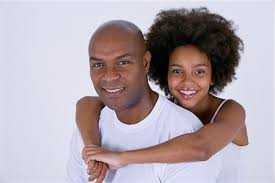 Marriage is the union between a male and a female who are matured enough and agreed to live together as husband and wife. In real sense marriage is suppose to be between people who are above the ages of 17 years according to the 1992 construction of Ghana. In the Ghanaian society, incest is forbidden and not acceptable in the country even though it is highly accepted in other countries. Marriage is a long process that's why strict vows are taken in the church to ensure the couple are really willing to live together as one.

It may not be bad enough but it is really bad if a child has an affair with his or her parent. Either the mother or the father. In most cases we don't often hear issues concerning a boy sleeping with his direct or biological mother in Ghana here. But what we do hear is a daughter having an affair with her biological father while the mother is still alive. There are several cases like that been recorded in Ghana here. Whether it is the free will of the daughter to sleep with the father or not, so far as it has happened, it is a very big sin and abomination according to the John Jerry Rawlings 1992 constitution.

In recent news reported by Drip FM's early morning show host Reginald Odom, Mr Akyea David who is a farmer in an unknown town in the Upper West Region have been having an affair with the 13 year old daughter. They have been having the affair for a very long time that the daughter can no longer take her father out of her mind according to the reports by Drip FM. The affair between the 57 year old man and the 13 year old daughter was never known until the daughter started telling her friends she is in love with someone.

According to reports, her friends pressured her to mention the name of that lucky guy but she refused to do so. It continued for a very long time until she finally admitted that she wants to marry her father. It sounded strange so her friends took it as a joke until the issue became very serious. The friends reported the issue to the teachers in the school and the teachers called her to question her but she refused. She felt betrayed by her friends so she left the school with anger and has since never returned to school or home.

Two days after the father was also found missing. From reports, it is believed the man and the daughter have left the region to settle at a new place to start life together but we don't really know if it is true. What a wired world we living in, the reporter concluded. Drip FM 97.5. The image shown above is just for illustration.