By QwojoTrendy (self media writer) | 1 month ago 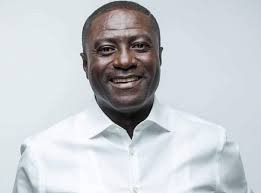 Captain Smart, a prominent radio and television talk show personality, has been detained by the police for "unsavoury declarations," according to the authorities.

The Nima Divisional Police Command detained him on Thursday, and he is still in police detention, aiding with investigations into the alleged "unsavory remarks."

Apart from Captain Smart's arrest by the police for his "unsavory pronouncements," the National Media Commission (NMC) has written to the management of Media General, where Captain Smart works, expressing its displeasure with his behavior and urging the company to implement proper gatekeeping mechanisms.

Captain Smart has been cautioned on the crime of offensive behavior conducive to breaches of the peace as specified under section 207 of the Criminal Act, 1990, according to a police statement signed and released by the Accra Regional Police Public Affairs Officer, DSP Juliana Obeng (Act 29).

"He is still in police custody and is supporting investigations," the statement continued.

Captain Smart is the morning program host for Onua FM and TV.

Meanwhile, Captain Smart has been reprimanded by the National Media Commission (NMC).

The NMC has written to Media General, the proprietors of Onua FM and TV, to express its displeasure with Captain Smart's behavior.

"There have been a lot of complaints regarding Captain Smart, the most recent of which is by Rev Nartey," the NMC's Executive Secretary, Mr George Sarpong, said in a radio interview with Citi FM in Accra on Thursday evening, which was monitored by Graphic Online (Dec 2, 2021).

The NMC, he added, wants Media General's management to put in place effective gatekeeping systems at the radio and television stations.

Mr Sarpong explained that the NMC wrote to Media General's management "oblivious" to the police action.

Content created and supplied by: QwojoTrendy (via Opera News )