Don't compare yourself to Lilwin, says Salinko to Dr. Likee.

By Kingsmedia (self media writer) | 24 days ago 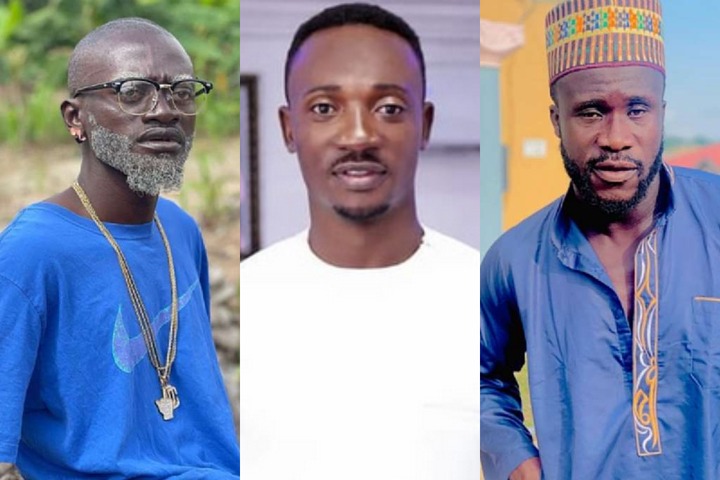 Lil Win – Salinko to Ras Nene aka Dr. Likee"/>Kumawood actor Abraham Davies, also known as Salinko, has chimed in on the ongoing debate between actors Ras Nene, also known as Dr. Likee, and Lil Win over who is more popular now. The debate over who is the hottest now began a few weeks ago, when Lil Win, real name Kwadwo Nkansah, granted an interview to blogger Zionfelix in which he stated that Ras Nene cannot be compared to him because he is a legend.

Although Ras Nene did not respond to that claim, another Kumawood actor, Yaw Dabo, stated in a separate interview that Lil Win should learn to accept the fact that Ras Nene is now the dominant figure. In an interview with Graphic Showbiz, Salinko stated that comparing Ras Nene to Lil Win is incorrect because Lil Win, who is also a musician, is still very popular even after a decade in the industry.

“Lil Win has been around for over a decade and can fit into any role that is given to him. Lil Win is equally adept at playing comedic and serious roles. Ras Nene isn't a bad actor, but Lil Win has been consistent and funny, so comparing the two is like comparing some of these young rappers to Sarkodie, which is completely disrespectful,” he explained. People, according to Salinko, should learn to recognize and respect those who have put in their time in the industry.

“We need to respect and appreciate the seniors in the game. “I admire any actor who has been in the business for more than a decade and is still relevant,” he added. Ras Nene, real name Ebenezer Akwasi Antwi, has been a resident of Kumawood for several years. While he rose to prominence for his tough-guy roles (armed robber, land guard, gangster), he also demonstrated his comedic side in skits that have been shared on social media and YouTube.

The public has responded positively to the skits, and Ras Nene has been trending for some time now, appearing on a variety of shows.

It is a detestable sin: Find out what the Bible say about LGBTQ+

What Nyaho-Tamakloe said about Milovan Rejevac after his appointment is gradually happening.