Serwaa Amihere’s post on her intentions to show her bikini, met fierce reactions from the netizens.

By KwameNtiKwame (self media writer) | 17 days ago 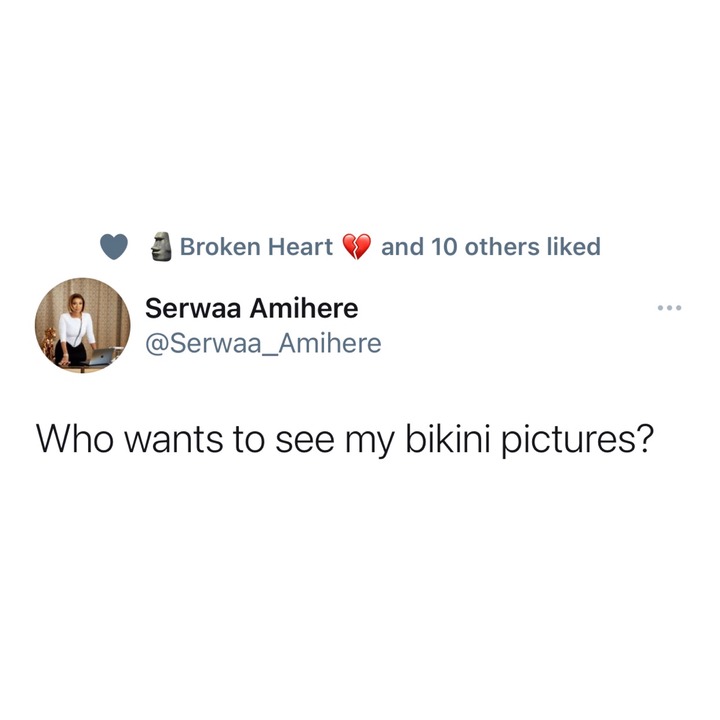 Being a celebrity is a big deal, all because people love and adore you. However, being a role model goes beyond people admiring you but also trying to imitate your steps and even praying to be in the individual’s shoes one day. Sometimes, not all actions of every role models is supposed to be emulated.

A popular journalist on tv wrote a post about her intended action and has been met with immense fierce from both her fans and social media users. 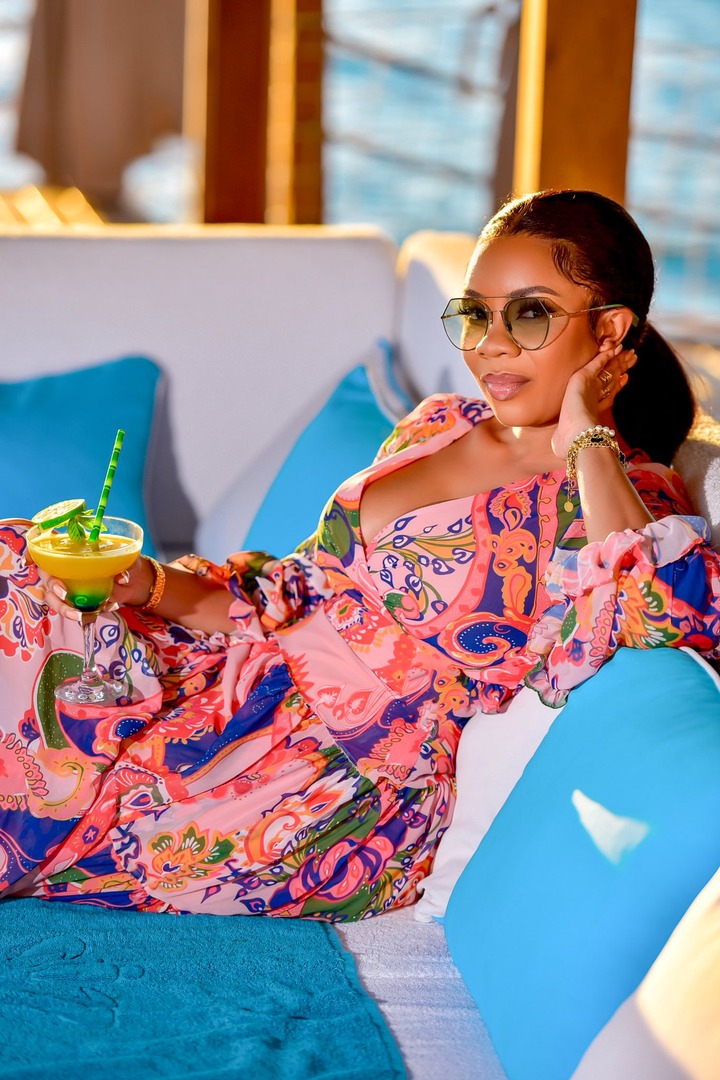 The celebrity’s name is Serwaa Amihere. She wrote on her timeline, asking whether anybody wanted to see her bikini pictures. This was met with comments from the general public asking whether her account has been hacked or it was her doing.

When the post was released some of the comments were in questions forms whiles majority of them were in statements form. A certain user made it clear to her that, she should stop what she is doing because that wouldn’t get her the needed attention she wants. A guy came to her defense stating that, she already has the needed attention because she is famous but rather it could be that her account has been hacked. 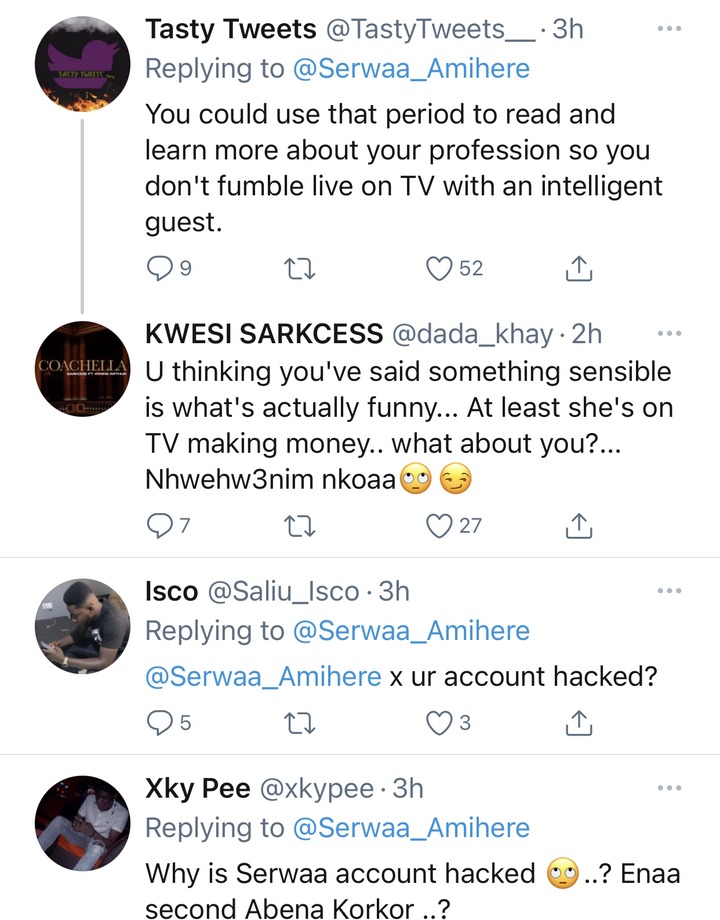 After further investigations, we realize that, she actually posted the message to get her followers engaged in a conversation about her. She also happens to be one of the most talked about celebrities in Ghana and also the most crushed on as such. However it seems it worked pretty well.

Serwaa Amihere is news anchor and a broadcast journalist who works with EIB network. He is loved and cherished by many and as such a role model to many young girls and even guys.

Is It True That Legon Girls Are Becoming A Problem In Ghana? Check Out Some Of Their Hot Photos

Checkout Esi Eunice, The Beautiful Photographer Who Is Causing Massive Stir Online With Her Shape

Another Sad News Hit The People Of Bantama In The Ashanti Region As Two People Lose Their Lives.