My Story, Learning and Cool Stuff

By NATION-NEWSGH (self meida writer) | 1 months

Everybody I believe has a lot they might have learned and lost during the COVID hit time period and lockdown. I am writing about my such story and things I learnt which can be useful.

I came back from my college place to hometown when there were strong possibilities of lockdown. It started nicely with spending time with my parents without any disturbance from external worlds after have lived away from them. I had a new guitar and plenty of things I was curious about. I spent time on G@G, kik groups, all over internet where a sane person should and even shouldn't go without real life interests. I used to chat with strangers on Omegle and Kik wanting to explore world beyond what I had known it as beyond domain of focus.

I met this 18 yo girl from Northern Europe one evening on kik and I started talking about all that was on my mind, she seemed someone who too took an interests in different things that go around. We talked about Rock music and shared two albums to each other to explore. We kept chatting somedays apart. She had a very beautiful mind, I don't think I ever met any beautiful person in some ways she was and never will. Or maybe it was because she was the first person I got to look at so closely. We had chats about many different things. I shared the most wonderful things I had saved to her and her simple poetic expressions about things were very attractive to me. I misinterpreted her few expressions for me as expression of love or affection or whatever you call it.(I am a Physics major and even though I was quite open to many things, I had not experienced few things in life in ways of experience and immersion I did because of her presence and partly because I was curiously exploring other things extensively through day. ) I was confused sexually, because I never had someone so close and to satisfy my libido (it was very high) other means felt weird to me. I her expressed her this and things started did crumble abit. But I rewired my brain learning from everything she disliked, because I didn't know what is normal way to behave as such.I developed a habit of chatting with her being stuck at one place nowhere to go in lockdown. I grew very desparate to have her.

College admissions were in question, she was going to join her Bachelor's courses and me my Master's but her's started early while I had no clue where I was going to go. She went absent from chat for weeks. I felt very strong feelings for her those days, care, desparation, memories everything together. She came one day expressing she feeling lonely at new place she moved for college. I tried to calm her and tell the best I could and chat went nice. There was a very meaningful and strong connection that day. She went absent again I was very worried and wrote many messages to her. The feeling to care I felt for her was very strong. This is writing it very coarsely but similar phases came in our chat. Because of behaviour I saw growing in me of desparation and wanting her I tried to leave chat but I could never. We never sexted nor did we share something sexual directed towards each other though had shared experiences and stuff. We discussed world, ideas without bounds. Changed each other's biases and beliefs. It went through ups and downs and at the start of 2021 she went away from chat and after sometime I left her.

A few habits and things about us I would like to add which ig are important without which picture is incomplete or not well.

I used to share things I liked over internet or else to her everyday, mostly learning based and related which can be fun sometimes music. I wanted her sexually as much as I wanted her else ways, but nothing could match my touch or neither was I able to express what I felt in my body and mind. I stopped working on things like before lockdown or years before even college. She used to be on my mind all the time.

She was more artsy. Someone who doesn't speak a lot. Very less but well. ** She didn't share to me what country she was from even when asked, so i didn't know about her irl details of identity ** ( I know I might be called stupid but it's true, partly a reason of discomfort) She used Tumblr, She read a lot female authors and poets, she had strong connection to music and had a strong visual imagination.

My mind is completely messed after all this and dumb shit going on with online University. But I learnt a few things I would like to add.

We Humans make social structures and bounds in order to get things going some direction we think are right. But do they exist to the bottom of all Humans ? Some things do and some don't. Most of them create different kinda biases in ways of seeing things.

Phenomena like Love is great to portray but it has many sides to it. It is construct of our own experiences and imagination. The beauty we see in world depends on our abilities and our immersion more and same is somewhere with construction of Love, but it gets complex with interaction with people. So dreaming and giving it an importance linking it to some person in future who you will meet and have things certain ways is stupidity. Live it as it comes. Immerse yourself well, do it irl than internet. We with thoughts maybe able to interact with each other but it disturbs persons body budget and few needs are to be fullfilled, the cheap immersion through current technology hardly seem to match it (for me at least). Everything else we add to your brain with work your whole life is as important as the person and people.

Humans are instinct based creatures and females and males do have few basic characters we don't even know we are influenced by. The Dominance Heirarchies, reproduction is meant to be for a particular reason than what we exploit it for, it's fun but sometimes we should see sex linking it to the basic picture. So are male and female behaviours influenced by it. We do rewire or control acting over few instincts. But sometimes few things are easy and hard depending on society around and either you confirm to it or not ig.

If you read it then Thank you, I really don't know if I could express well what I wanted to. I haven't expressed it to anyone and there's no need to. If there's anything to learn from then do. I believe it will take a lot time,observing people, interactions and else to get my thoughts alingned, I am going to focus on things which I possibly should which are important atm in life.

Check things for curiosity.To do and to know are different things but it's helpful and painful too

You can construct your own happiness learn about the brain's reward system. Maybe can save us from blaming other people or be demanding or survive shits and do stuff pushing limits. 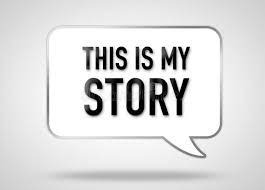 Content created and supplied by: NATION-NEWSGH (via Opera News )

Do You Forget Things So Easily? Worry No More. Eat These Six Foods For A Retentive Memory.