15 Nigeria Actors And Actresses Who Died In 2021 During Their Career.

By Africamedia.gh (self meida writer) | 29 days

On this article, there are Nigerian top actors and actresses who were sadly passed away during their acting career in 2021.These people has contributed a lot to the movie industry in Nigeria and to the entire continent in which we can no longer see their new movies on our TV screens. 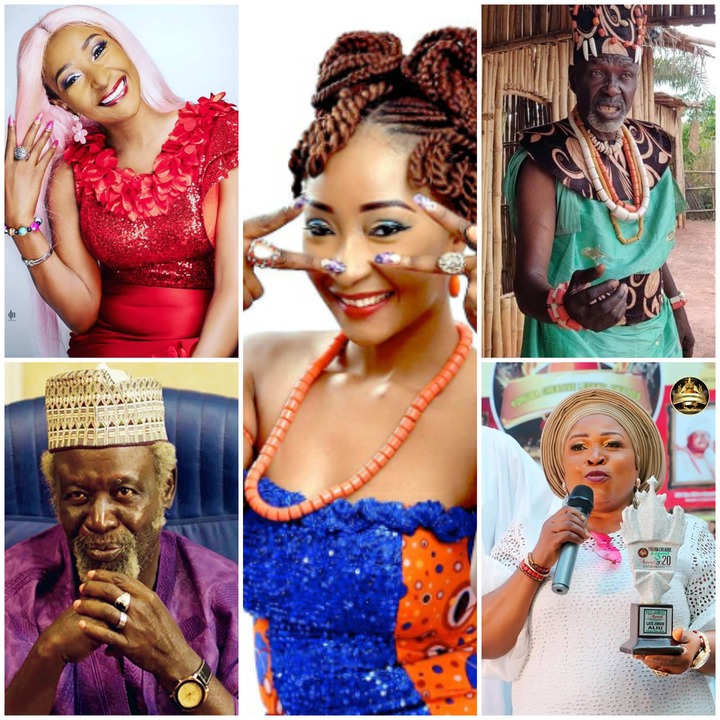 The talented actor passed on 2021 and the shocking news of his death was reported on Facebook on May 5 2021. According to report, the great actor died after battling with a prolonged illness that has put him on hospital bed for many months. The actor has featured countless nollywood movies before his passing at the age of 62.

The veteran actor who is notable for his films such as October 1 (2014), We Don’t Live Here Anymore (2018) and Sade (2019). The actor has passed on 2021 and according to report, the filmmaker was admitted to hospital at the Lagos State University Teaching Hospital (LASUTH) following a fall at home.

Aleja went into a coma after the fall but was revived days later at the hospital, however, he passed away on Friday May 9 2021.

The legendary Nigerian producer who has worked with Nigerian top music stars like Wizkid, Davido and many more has passed on in 2021. The shocking news was announced on Twitter by his fellow producer Sammy Klef on February 2021. The entertainer died in the United States and the cause of his death is still unclear.

Some of his productions including, Thank God by the late Dagrin Da Grin, Joy by Wizkid and many more. In 2014, he was the music director of the 4th season of the Nigeria idol.

The talented veteran nollywood actor also known as major has passed on in 2021. The actor died after a short illness on 22nd of February 2021. The hero has finally gone to meet our ancestors. His death came many months after he was pictured in a heartbreaking condition in Lagos state. May his soul rest in peace.

The talented Nigerian actress and a television presenter passed on in 2021 at the age of 38. According to report, she passed on after a short illness on April 13, 2021 at a private hospital in Abuja. Rachel Bakam has a great movies such as;

Popular Nigerian comedian Ada Jesus has passed on in 2021. The young actress has lost her battle she being battling with kidney disease. The young comedian has suffered a Cardiac arrest in the night and was rushed to the intensive care unit of Zenith Medical & Kidney Centre where the doctors monitored her, she died the following morning at approximately 7:15 on 20th April 2021.

She the young upcoming nollywood actress who has featured a number of movies and has passed on January 11, 2021 after battling with covid19 at Yaba isolation centre.

She became the first person to have been confirmed killed by the deadly virus (covid19) in Nigeria's movie industry.

The death of the Rivers born actress was made public by her friend, Debby King who has posted the news on her Instagram page.

The Yoruba actress popularly known as Orisabunmi has passed on at the age of 60 after a brief illness on January 2021. The actress has played many iconic roles in nollywood movies before her death on 6 January 2021.

This was a great lost to the Nigeria movie industry and the Yoruba tribes. The Kwara born actress dies in four months after the death of her ex-husband, Jimoh Aliu, who was popularly known as Aworo. The president of the Theatre Arts And Motion Pictures Practitioners Association.

The popular actor is notable for his character as a Victor Wazimi in the movie title "October 21" has passed away on March 3 2021 after a long battle with prostate cancer. In 2017, the actor was supported with fund raising by several Nigerians after he was diagnosed with the prostate cancer.

Many people from the older generation from Nigeria will remember Daba face on top of their television sets when he used to work as broadcaster for Nigeria Television Authority (NTA). By the late 70s his popularity grown to higher level after he appeared on the NTA-produce inside soap opera "Cock crow at Dawn", as Bitrus.

The famous actor has sadly passed on in January 2021.The actor wife has confirmed the news to the media that, her husband slept and never wakeup. In 2015, the suffered a stroke which has affected his ability to speak and walk. He was later announced in 2016 that, he has been healed by a man of God. In an interview on Wednesday December 2020, the actor said his problem was spiritual.

He also said, he was planning to return to the nollywood and music after overcoming some of his battles but unfortunately, he passed on in 2021.

The popular nollywood actor has passed on February 2021. He was found dead in his apartment by his neighbours and before his passing, the actor has featured several nollywood movies including, If I Am The President, Lotanna, Sons Of The Caliphate and many more.

The popular fast rising nollywood actor has passed away on January 11 2021 after battling with an undisclose illness. The young actor has featured several nollywood films alongside the top nollywood stars before his passing. David Mela is noted for movies like Indoor Action, A man's Ego, She is not perfect but I love her, sweet berry, I think I like you, and Romance Night.

He made a breakthrough in the Nigerian Film industry after playing a lead role in the movie titled Romance Night and has produced a couple of movies as well. May his departure soul rest well.

The nollywood actress who was best known for a character of early 2000s TV series named "Every Day People" has passed on 26 May 2021 after a battling with endometrial cancer. They doctors removed her womb, but she was still battling with the sickness for many years. What she added was that, the disease and the treatment that she received before she die.

In 2019, even after eight sessions of chemotherapy, the doctors toll her that she has reached the stage 4. But many were not no sure if they have being given her wrong diagnosis, because she was being still feeling the pains in her upper abdomen and her tummy.

The popular nollywood actor who is notable for playing chief priest or native doctor in several nollywood movies has died in 2021 following health complications. He was soon announced on his Facebook page after his death. The late actor was a seasoned filmmaker and a retired broadcaster with Federal Radio Corporation of Nigeria. His movie credits are; 40 Days And 40 Nights, Okada Man, Warriors Heart, My Vision, Midwife, Royal Doom, Alice My First Lady and Moment Of Tears.

The popular nollywood actor Jim Lawson has passed on in 2021. Report claims that the late actor died after complaining of body pains on January 9 2021. The actor has featured many Nigeria blockbuster movies before his death.