Mcbrown explained why she don’t advertise for alcohol drinks and creams, why she stopped AbenShow.

By Khojo_Stonezy97 (self media writer) | 4 days ago

Felicity Ama Agyemang who is known to be Nana Ama Mcbrown is a Ghanaian actress , TV PRESENTER and a song writer.

The Empress Nana Ama Mcbrown has spoken as she went for an interview at OKay fm with Abeku Santana. 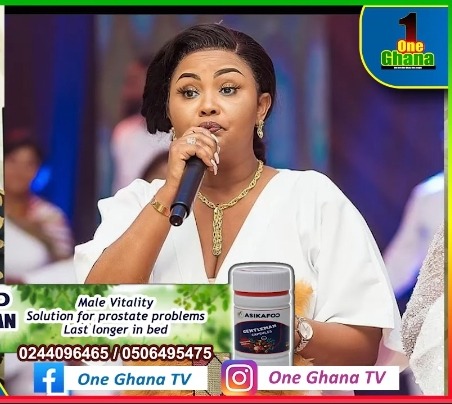 The Empress Nana Ama Mcbrown explained why she stopped doing the AbenShow for the Mcbrown's kictchen show.

According to Mcbrown, she decided to do the Mcbrown's kictchen at first but Mr Osei who happens to be Apiatus younger brother called Mcbrown and asked her to let them start the project "AbenShow" of which they have discussed before and they even built a studio at Kwabenya but the distance was quite long to the extend that if you call someone, that person cant make it there she said .

But yet still, they came out with new idea and he asked Mcbrown to join maybe she can also bring in sponsors.

But according to Mcbrown, she regretted doing after she has done three episodes but she was already committed herself to it she said.

Mcbrown again said , she is a celebrity with her own rule, so she explained that, she don’t drink alcohol and she won’t do any advert for any alcohol drinks.

aside she not doing advert for alcohol drinks, which other thing will she reject to advertise asked by Abeku Santana.

I won't advertise for a bleaching cream and I do research about any cream I advertise she said.

She again said she has built her brand for twenty years so she is protecting her brand.

Content created and supplied by: Khojo_Stonezy97 (via Opera News )