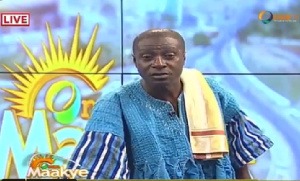 The management of Onua Fm, a subsidiary of Media General, have been cautioned by the National Media Commission (NCA) to desist from broadcasting what the commission says raises concern for the peace and security of the country.

In a letter sighted by this writer, the media regulatory body mentioned specifically the ace broadcaster, "Captain Smart" as the person whose conduct and pronouncements potent danger for the country. 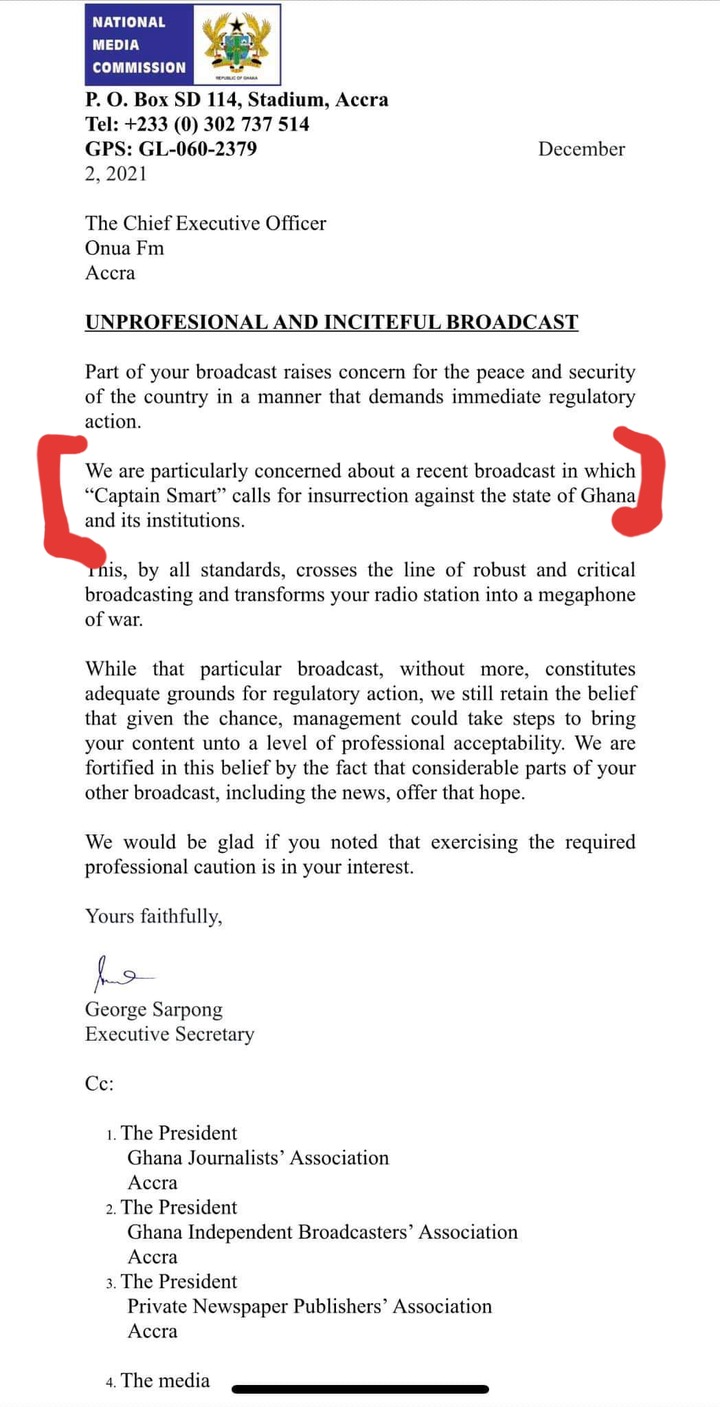 "We are particularly concern about a recent broadcast in which "Captain Smart" calls for insurrection against the state of Ghana and it's institutions "- The letter says.

The station, which is an Akan version of the famous 3Fm and TV3, and its management were given this letter as a final warning, as the commission believes that, what Captain Smart did was enough to have attracted the sanction.

Captain Smart is well known for his acerbic tongue, which he uses to tear the reputation of government officials, including the President, and does so fearlessly. 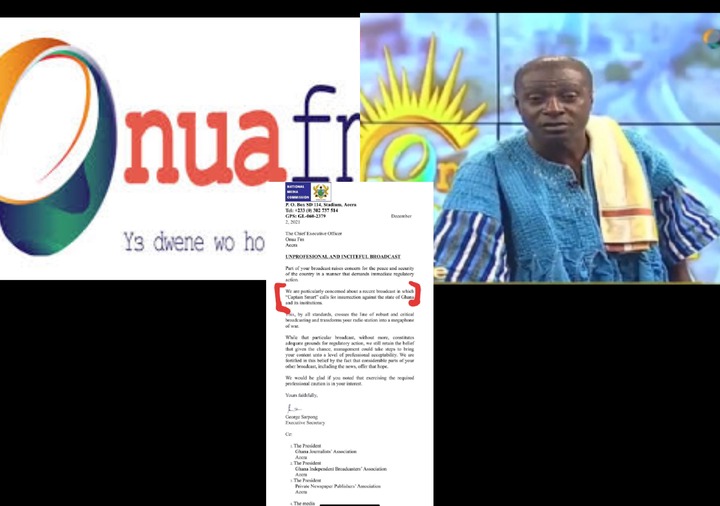 The NCA in its letter thinks that particular content was enough to constitute action; however, it wants the station to repent.

"While the particular broadcast, with more, constitute adequate grounds for regulatory action, we still believe that, given the chance, management could take steps to bring your content unto a level of professional capability" the letter added.