Doble Kara Written Update For November 16,2020(Monday)She told Cynthia that she had to leave soon

By Shadde (self media writer) | 1 year ago 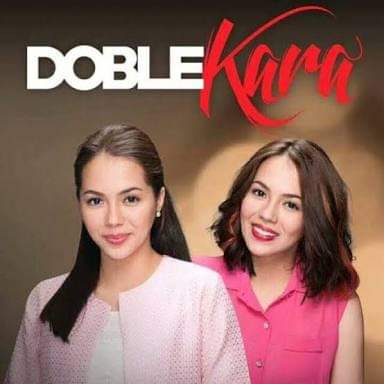 We started with Kara arriving at the club after her fleeing from the agency. She told Cynthia that she had to leave soon because she had met Andrea; the woman who had helped her in Japan and already knew that her baby had died. Cynthia told Sara that it was time she tell the truth because things were catching up to her but Sara did not want to.

When Sara went to see her family, she learnt that Kara and Seb had made some progress in looking for Isabella because they were going to meet someone who had information about a child that was found in Sampaloc. They also planned on calling the police so that the person could be arrested and Sara practically flew out of there.

When Sara got back to her house, she was surprised when Andrea visited her. Andrea brought Sara the documents that she was filling at her recruitment Agency since she forgot to fill them fully but she had written down her address which was how Andrea had found her. Andrea saw pictures of Becca at Sara’s place and was curious to know how her life was after she left Japan but Sara did not want to tell her anything. Andrea also saw the Becca sleeping and was delighted to learn that Sara was able to have another child. Andrea was getting a little nosy so Sara asked her to leave because she had to go to work.

With Andrea’s return, Sara was more determined to leave the country with Becca before anyone learnt the truth. Becca woke up from her nap and saw the brochures from the agency. She asked Sara whether she was going to leave the club and work abroad and Sara told her that the two of them would go together. Becca told Sara that she did not want to leave the people at the club as well as Laura and Kara.

Seb and Kara went to see the detective who they had hired and went to talk to the woman who said she knew someone who got a child from nowhere. Unfortunately, the supposed woman had adopted a baby boy and it was not Isabella so they asked the detective to keep investigating.

She started looking for extra work so that she could get enough money to go abroad with Becca and Banjo helped her get find a new job. Cynthia told Banjo that he should be the one persuading Sara to stay because he was in love with her but Banjo said he wanted to help Sara and would also go with her once she decided to leave. After getting Sara a job, Banjo also linked Sara with someone who would process their documents.

Hannah’s teacher talked to Becca about her failing in an exam that she seemed to have done on purpose because she erased the right answers and wrote wrong ones. When Seb spoke to Hannah about it, it was clear that she flanked her exams willingly so that Kara could keep teaching her and thus pay more attention to her.

Kara went to visit Sara but ran into Becca outside their house. Becca looked sad and Kara asked her what was wrong so Becca told Kara that her Momma planned on going abroad but she did not want to because she would miss Kara and Laura. Sara arrived before Becca could say anymore and when Kara tried to talk to her, Sara told her to leave.

When Kara got home, she told her family about Sara’s plans to go abroad but Laura told everyone not to worry because she would not let Sara make them go through what they had before when she left for Japan.

Sara was out with Banjo and left Becca in Cynthia’s care. Laura went to look for Sara at her house and found Cynthia instead. She said she wanted to wait for Sara so that they could talk so Cynthia left her with Becca and went to the club.

Alex heard Kara say that Sara planned on going abroad and planned to do something to stop her because she would take Becca away and the truth would never be revealed. She talked to Julio about the issue and he offered to help her. That was where we ended...