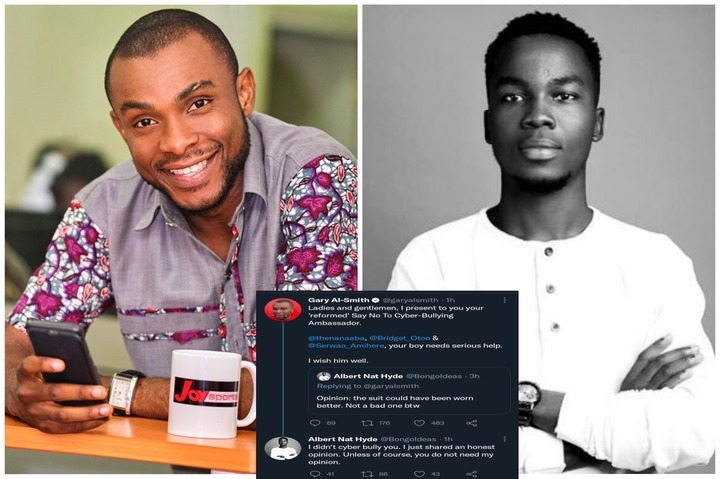 Few weeks ago Journalist Albert nicknamed on social media as Bingo Ideas made headlines nationwide, after he was humiliated in an audition at GhOne by Nana Aba Anamoah, Serwaa Amihere and Bridget Otoo, who were the panel at the audition. The humiliation happened at the back of a cyberbullying the fledgling blogger had inficted on the panelists on social media and they used the opportunity to retaliate and brought him to book.

Bongo Ideas later recounted on how he was accosted by some staffs at GhOne after leaving the audition room and chased out of the premise. His ordeal courted the sympathy of Ghanaians, who lashed out at Nana Aba Anamoah and her co-panelist for their treatment against Albert including renowned political commentator, Kevin Taylor, who lambasted the panel. Nonetheless it did not take long for both parties to smoke peace pipe when Bongo Ideas reconciled with Nana Aba Anamoah few days afterwards, and later emerged he would be employed by the media company to help champion an anti-cyberbullying campaign, which eventually did not materialize.

However there is a cliché that goes like, a decorated monkey is always a monkey and after all apologies and remorse Bongo Ideas showed, claiming he has refrained from cyberbullying, he has been caught in a new incident of cyberbullying. He commented on the suit of ace sports journalist, Gary Al-Smith, after the Joy fm reporter posted a picture of himself getting ready to report the Ballond'or event, which came off in France yesterday. Have a look at his comments 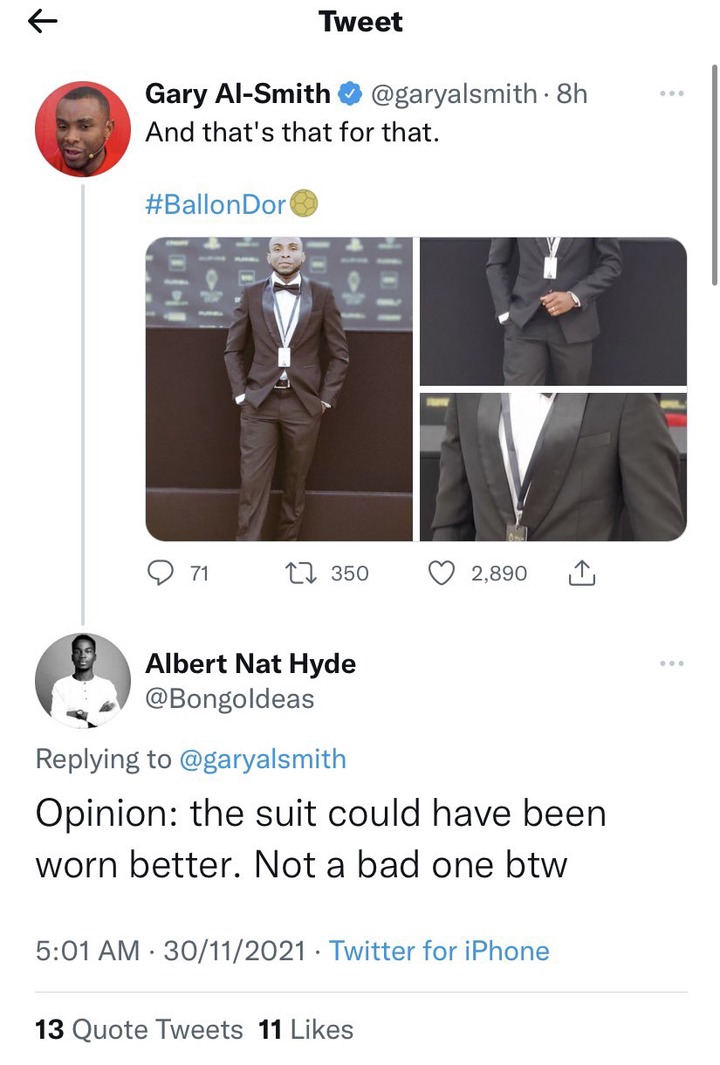 Albert's comment triggered wild reactions from tweeps but he tried proving his innocence arguing it was an opinion and not a cyberbullying. 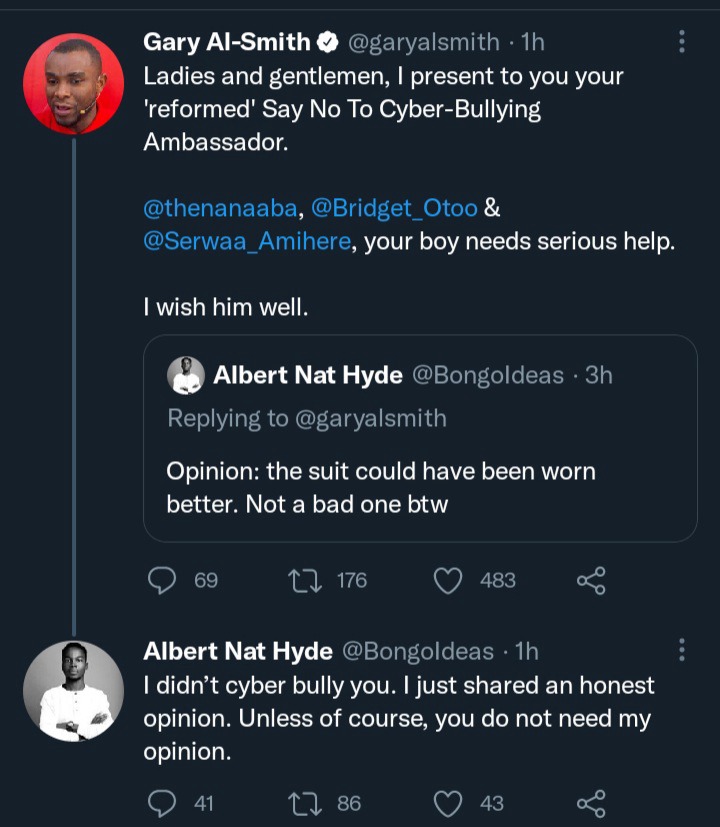