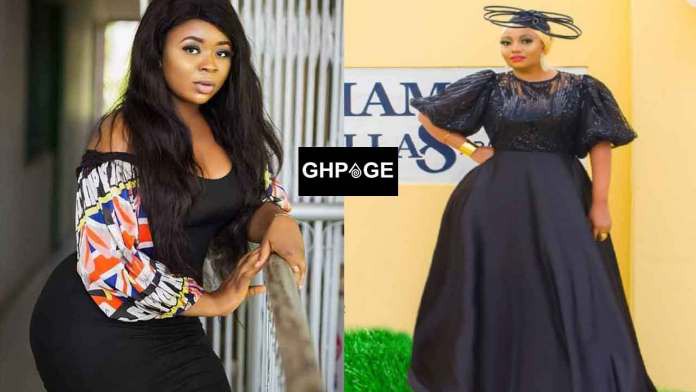 Diamond Appiah and Adu Safowah has been in a serious rift over some days now as each comes out to outdo each other further making allegations against Ghone based tv Presentor and the Manager, Nana Aba which is now the talk on Ghana's top trend list.

Recall, Actress Adu Safowah sometime now, came out to make series of allegations against tv presenter, Nana Aba noted in a viral video. Her allegations followed after Nana Aba took to her social media page to flaunt her newly acquired Range Rover as a birthday gift. Adu Safowah reacting to this slammed the tv presenter alleging that, the Range Rover she was seen flaunting with, belongs to her boyfriend and on that, she hit at her boyfriend's doors to borrow his Range Rover to brag on social media and further tagging Nana Aba of living a fake life.

Further on her side of the story, alleged that, Nana Aba is dating with her boyfriend which she warned the tv Presenter to stay away from her boyfriend.

Adu Safowah speaking in an exclusive Interview on GhPage Tv later revealed that, she was actually making fun out of it, and that, was not aimed at tarnishing the image of the tv Presenter but she was actually doing that so as to garner much attention of the mass to his yet to release product.

Reacting to this, Diamond Appiah took to her Instagram page to slam Adu Safowah for attacking the successful and intelligent Tv Presenter, Nana Aba just to gain attention and according to her, she can't fathom why she could even do that.

She in the post, described Safowah in different words which she pinned her as a broke mental patient who will do anything to trend.

Adu Safowah being hit by Diamond Appiah's words responded to Diamond Appiah which she alleged that, Diamond Appiah in her private life pays young men to get sexually satisfied further throwing her into the bush as she exposed her of suffering a long term depression after she was used and dumped by her boyfriend.

Surprisingly the two isn't satisfied despite all their throws at each other. Diamond Appiah has again hit back at Safowah in response to her allegations noted in a post she shared.

According to her, Adu Safowah was infected with HIV by her ex boyfriend and later dumped further bragging with a wealth. She further torn adu Safowah apart as she claimed her maid is even living a better life than her and that, she should go and look what will make her rich.

Diamond further in her post, disgraced the actress, Safowah of suffering from mouth and body odour.

"In the mean time Go and find a product that will treat your body and mouth other because because the last bold driver that picked you said he couldn't breath through out the trip" Diamond stated in her post. 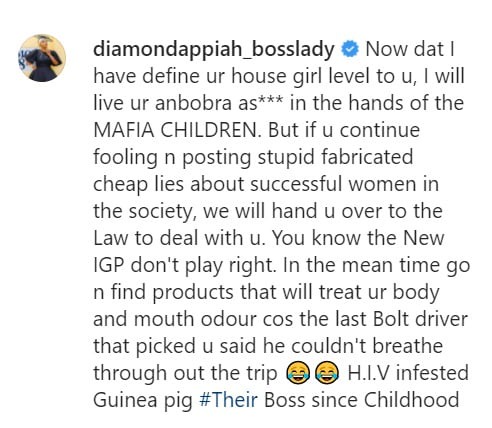 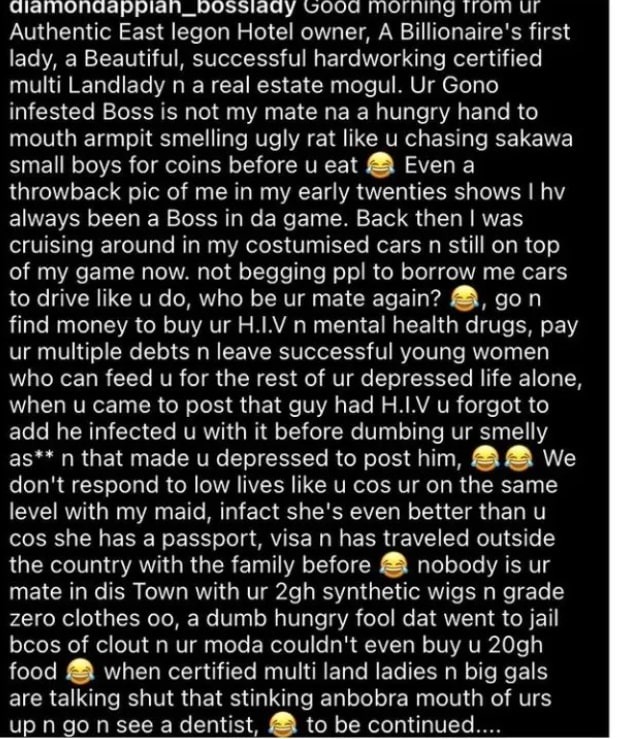