Big Akwes-Lil Wayne does not talk to me again and he can not get closer to me.

By Richardboateng123 (self media writer) | 1 month ago 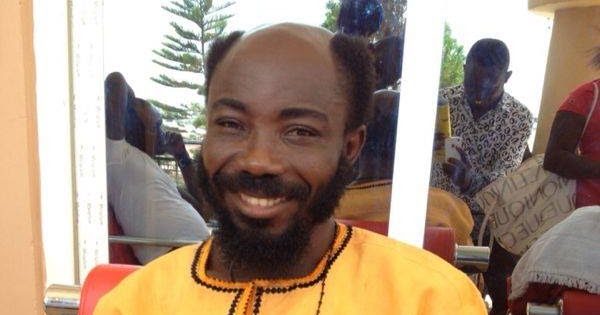 Big Akwes is a kumahood actor and used to be a presenter on Thunder Tv. Zionfelix had an interview with him and the interview was really interesting. At the beginning of the interview, he was asked why he doesn't like using social media and he said: "He doesn't want any problem and he always likes to tell the truth".

He continued "anytime you will see me on social media then it means someone is saying bad things about me and I want people to know the truth".He said people who walk with me know that he doesn't like lying and he always speaks the truth. In the movies industry, people know me to be a very truthful man and am also good. He continues"One thing about me is that I like to curse a lot of you challenge me that am lying then I curse you that all".

Big Akwes gave some reasons why Lil doesn't talk to him and can not get closer to him. The first reason was that Lil Wayne made Top Kay sings a dissing song for him, Kwaku Manu, and Emilea brobbey. The song was made to insult them. Secondly, I had an interview with some people when I was on thunder Tv and one of them said something about Lil Wayne on the show, and what the person said about him was bad.

Although he said the truth about Lil Wayne he didn't say it in a good way.When Lil Wayne heard that he didn't ask me about it but he thought I made them said that thing about him. Lil Wayne is the type of guy if he hears something he will never ask you about it and it will be inside him. He continued every kumahood actor or actress knows how Lil Wayne behaves. Lil does not talk to me again and he can not get closer to me. When I see him I pass and when he sees me he also passes. I don't have any problem with that and that is how Lil Wayne is.