Ariana Grande finally married at the age of 27 after her 6 consecutive Breakups. (Photos)

By DoraNewsgh (self meida writer) | 1 months

After marrying real estate agent Dalton Gomez, Ariana Grande has finally found her life partner, but her journey to this stage has been filled with heartbreak. 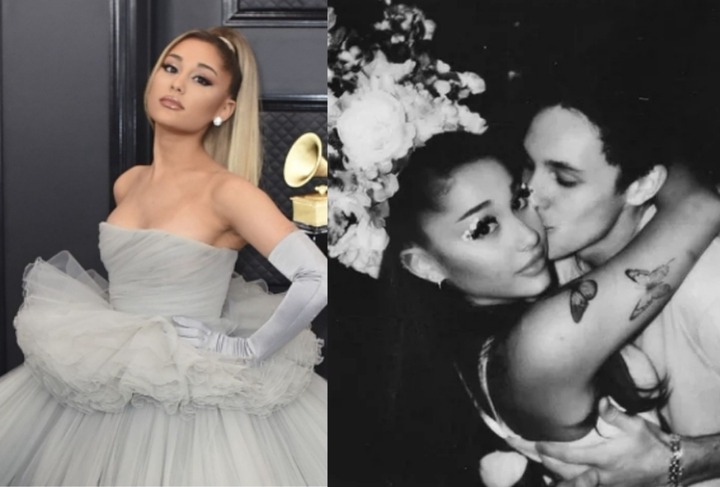 The 27-year-old singer has been in love many times until the love faded and the relationship ended.

She was saddened by the death of rapper Mac Miller, with whom she had a two-year relationship, and she also had to deal with the heartbreak of her engagement to Saturday Night Live comedian Pete Davidson.

The following is Ariana Grande's love story and her path to finding her life partner.

In her first serious relationship, Ariana didn't make it easy for herself.

Ariana began a long-distance relationship with Australian YouTuber Jai Brooks in 2012, as her singing career began to take off. Ariana's mother saw this and told her to contact him, so she did, and soon she was going back and forth to Oz as the relationship blossomed.

Unfortunately, he ended up accusing the singer of having an affair with Nathan Sykes of The Wanted.

She categorically denied this, claiming that her relationship with Jai was just "his fifteen minutes of fame."

Ariana's focus shifted to rapper Big Sean in 2014, and the two made their public debut at the Grammy Awards in 2015. 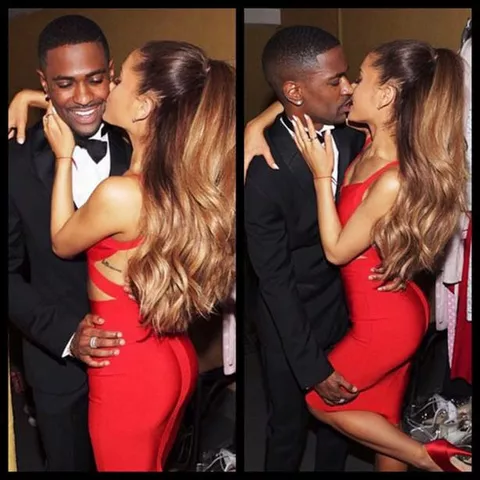 She mentioned a few of her ex-boyfriends in her 'thank u, next' lyrics, and she said of Big Sean, "Thought I'd end up with Sean/but he wasn't a match."

They performed a number of times together, including 'Best Mistake' and 'Right There,' and their relationship lasted eight months.

After Big Sean, Ariana sought romance with one of her dancers, Ricky Alvarez, who she dated for a short time.

When they kissed on stage during a live show in 2015, it ignited rumors of a relationship.

Ariana was captured on camera licking doughnuts in a shop when she was with Ricky, for which she received a lot of criticism online and in the media.

The couple were thought to have dated for about a year, but it doesn't appear that Ariana was overjoyed when it was over.

The relationship that lasted the longest for Ariana was also the one that ended with the most heartbreak. 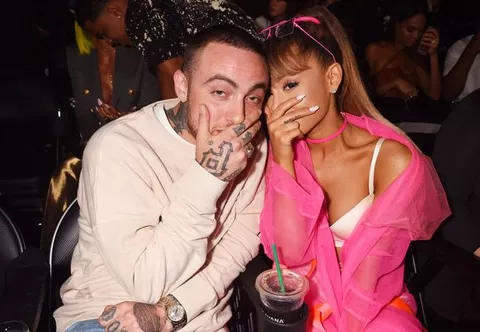 They had collaborated on the song 'The Way' in 2013, but it wasn't until 2016 that they went public with their relationship.

Ariana revealed they were dating while on the TV show Ellen, after she posted a photo of herself with Mac with the caption "Baby."

In the aftermath of the Manchester terrorist attacks in 2017, Mac was a source of support for Ariana, and the two performed 'No Tears Left To Cry' together at Coachella in April 2018.

After crashing his car while driving under the influence of alcohol, Mac was arrested a few days later.

Mac died tragically in September 2018 at the age of 26 from a drug overdose, crippling Ariana, who has since listed him in lyrics.

Ariana Grande and Pete Davidson had a whirlwind romance, getting engaged just weeks after meeting.

She met Pete, a comedian on Saturday Night Live, when they collaborated on a project for her appearance on the famous show in 2018.

After spending time in the writers room with him, Ariana reportedly told her boss, "I'm going to marry that guy."

Ariana wrote a song called 'pete davidson' for her 'Sweetener' album because she was so in love with him at the time, but after that, they were on the verge of breaking up.

Pete deleted his social media accounts a few months after the engagement in an attempt to avoid the fallout.

They were "never going to last," Ariana said in a 2019 interview with Vogue, but it's been suggested that the death of Mac Miller was so heavy on Ariana's heart that she couldn't give her all to Pete.

The couple has never spoken publicly about the breakup of their relationship.

After officially dating in August 2019, Ariana and Mikey Foster of Social House kept their relationship a secret for a while.

After she appeared in Ariana's music video for 'Boyfriend,' which was released in the summer of 2019, it was speculated that they had grown together.

Any relationship was over by February 2020, and Ariana was about to meet the man she would marry.

In February 2020, Ariana was photographed kissing real estate mogul Dalton Gomez, and the two then spent the coronavirus lockdown together, which led to them being closer as they spent time away from the spotlight.

Dalton proposed to Ariana in December of last year, and the two married secretly on May 17 of this year, as their relationship blossomed.