The Early life life of Cardi B and Career Beginnings

By Tekashi69best (self media writer) | 1 year ago

Cardi B is an American reality television personality and rapper who has a net worth of $24 million. Cardi B's net worth was really launched in 2017 thanks to the success of her single "Bodak Yellow".

Early Life: Belcalis Marlenis Almánzar was born on October 11, 1992 in Manhattan and raise in The Bronx, New York City. She is the daughter of a Dominican father and Trinidadian mother, and has seven siblings, the most well-known of which is her sister Henessy Carolina. After attending Renaissance High School for Musical Theater & Technology, Cardi B began stripping at the age of 19, crediting it as a positive experience: "[Stripping] really saved me from a lot of things. When I started stripping I went back to school." She attended the Borough of Manhattan Community College before eventually dropping out.

She developed the stage name "Cardi B" as a derivation of Bacardi, a rum brand, which was her former nickname. In 2013 she began to gain notoriety and popularity due to several videos of her going viral on social media, such as video sharing app Vine and her Instagram page. 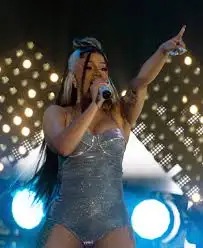 Career Beginnings: Cardi B joined the cast of VH1 reality television series "Love & Hip Hop: New York" in 2015, debuting in season six of the show. She gained a large fan base on the show, with Jezebel considering her the breakout star of the sixth season. After two seasons, she announced in December 2016 that she would be leaving the show to focus on her own budding career in music.

Music Career: Cardi B's musical debut had come in November 2015, prior to her announcement that she was leaving "Love & Hip Hop." She was featured on singer Shaggy's remix of his single "Boom Boom" alongside Jamaican dancehall singer Popcaan. Her music video debut came in December 2015 with "Cheap Ass Weave," her version of rapper Lady Leshurr's "Queen's Speech 4." March 2016 saw Cardi B release her first lengthier project, the mixtape "Gangsta Bitch Music, Vol. 1." She was featured on the 2016 compilation album "Underestimated: The Album," a collaboration between her and fellow KSR Group artists HoodCelebrityy, SwiftOnDemand, Cashflow Harlem, and Josh X. During this period, Cardi B continued to build her name and following through appearances on shows such as "Uncommon Sense with Charlamagne" and Khloe Kardashian's "Kocktails with Khloe."

Her big breakthrough came in February 2017, when she signed a recording contract with major record label Atlantic Records. The previous month, she had just released her second mixtape, "Gangsta Bitch Music, Vol. 2" (Jan. 2017). She was nominated for Best New Artist and Best Female Hip-Hop Artist at the 2017 BET Awards, although she failed to win any. She did, however, perform at the BET Awards Afterparty show. Subsequently, she appeared on the cover for The Fader's Summer Music July/August 2017 issue.

Content created and supplied by: Tekashi69best (via Opera News )