Yaw Tog has been able to grab the most recent BET recognition.

Yaw Tog is trending two on the Twitter trend list because of his ability to gain recognition from the BET awards network at a very young age and a very early stage in his career as an artist.

Ghanaians are heaping praises on him on almost every media platform, for such attaining such a wonderful achievement.

Some say he is the greatest of all time while others have indicated he is the future of Ghana hip hop.

Ghanaians seem to be getting along very well with his style of music making.

Others have also tried comparing him to some old school hip hop geniuses like Medikal and Shatta Wale.

One fan of his indicated he has been able to grab BET recognition when Shatta Wale is still around.

Another indicated Yaw Tog is schooling Manifest. This is one comment I find very disrespectful.

It's quite funny how one twitter asked if Yaw Tog's teachers teaching him in school could punish him if he did something wrong in school. Some even said Yaw Tog is bigger than his own teachers at the moment.

The reason behind this comment was due to his ability to get to such a high level while in school.

Others compared him to some old rappers in the game and added the old school rappers have nothing to show as award since they stepped in the game.

From comments trooping in on Twitter, the Ghanaian populace is amazed by the current success of the young rapper.

Even the famous “fante” rapper, Teephlow took to his twitter page to congratulate the young rapper. 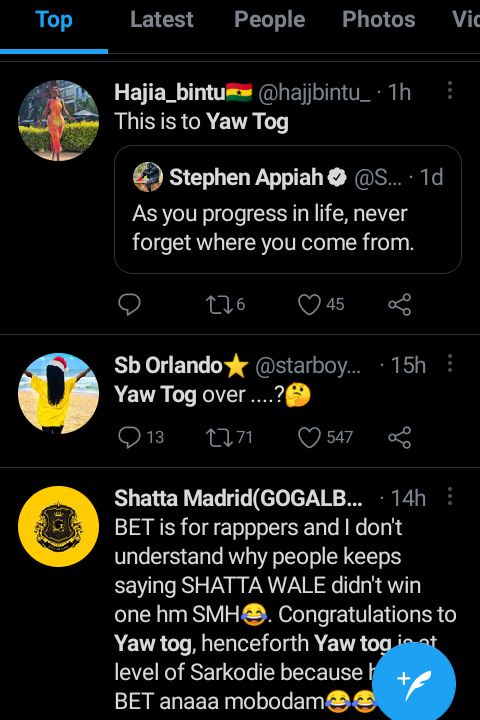 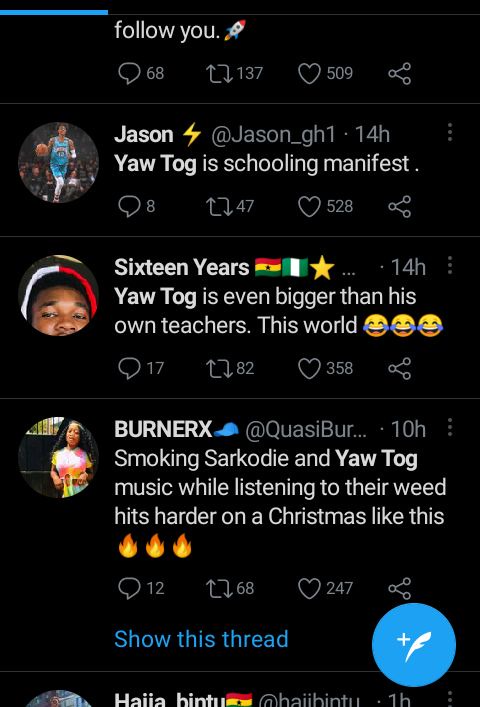 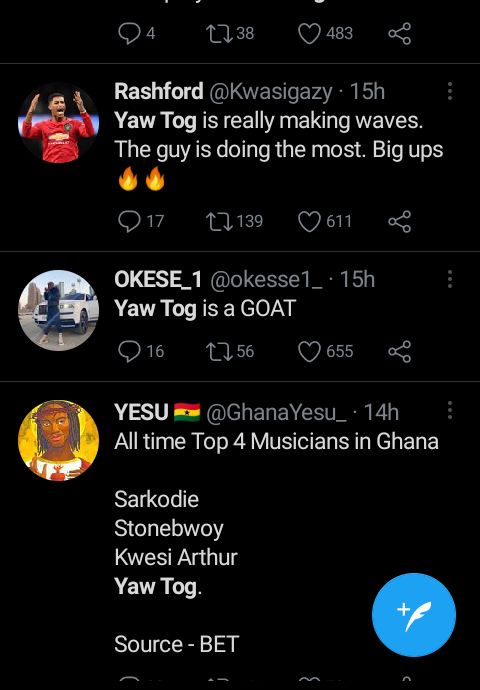 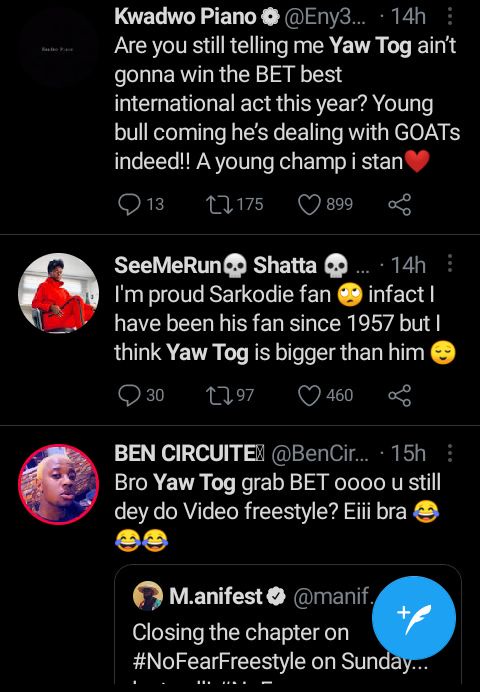 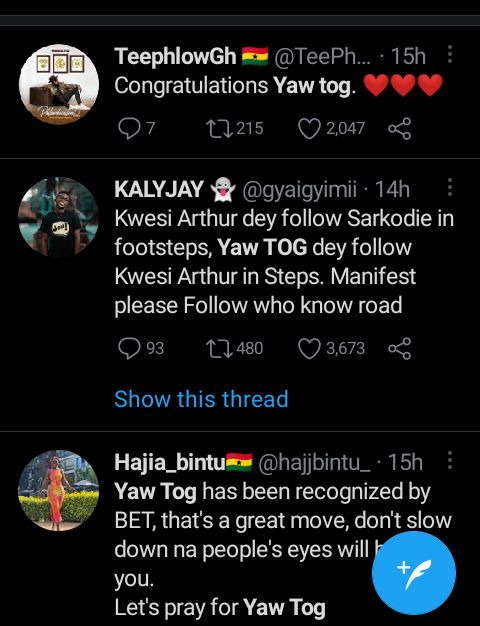 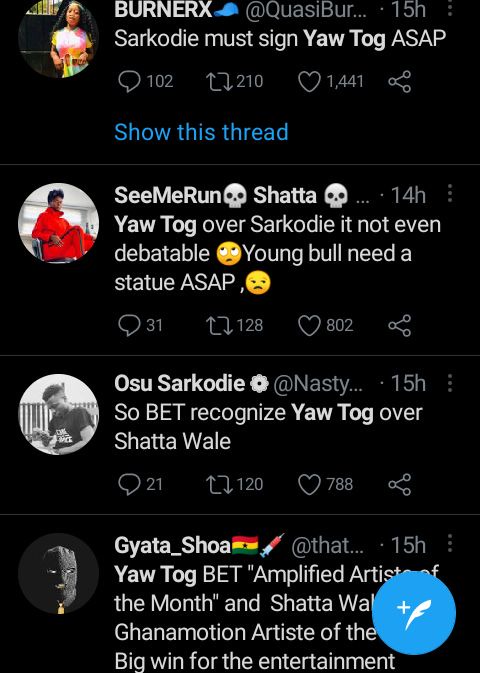 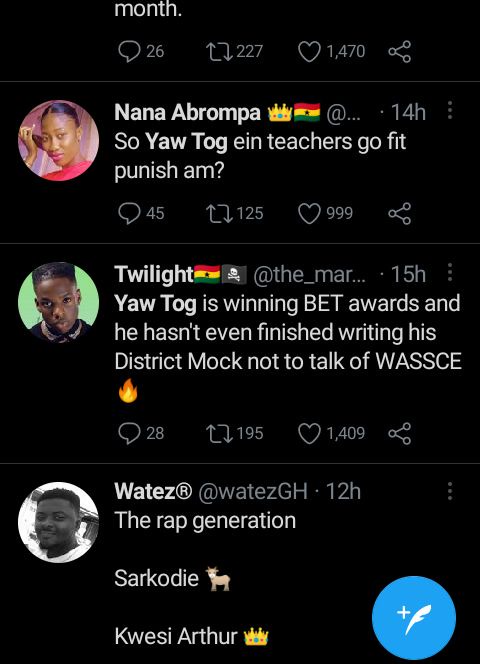 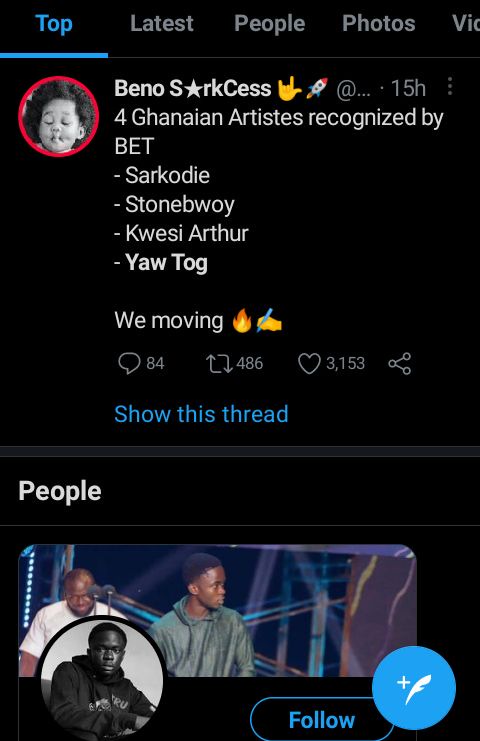 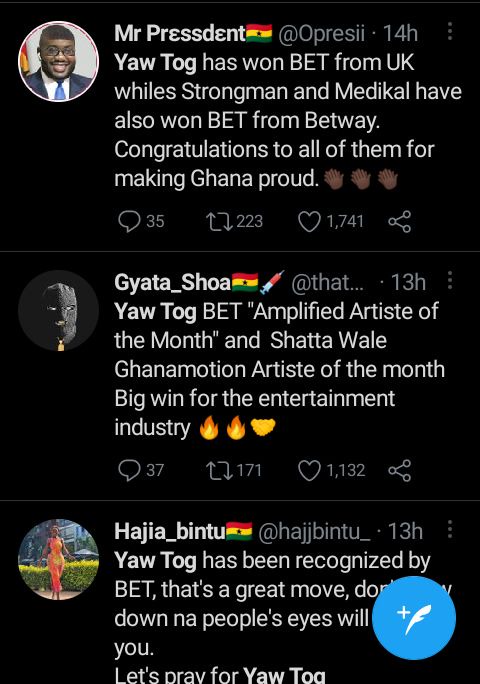 What Your Favorite Sleeping Positions Reveal About Your Personality