Four Hollywood Stars who are Ghanaians

By Atomphi (self meida writer) | 23 days

Hollywood is one of the leading movie industry in the world. It is on of the movie industries that brings excitement and entertainment to their audience all over the world. Most of the actors featured in the Hollywood films are " half cut" which means they have two Nationalities or born to parents from different countries. 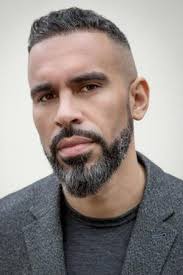 When this man is acting you will never think that he is Ghanaian. Joey Ansah is the son of the famous Ghanaian Fashion designer, Kofi Ansah and Nicola. He had his early life in London, England for 10 years before his parent brought him to Ghana. At the age of 15, he returned to England with his parent and sister and they settled in Plymouth. He was featured in some Hollywood movies which includes Bourne Ultimatum, Assassin Fist, Street Fighter, Batman Begins others. 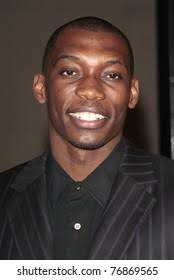 Nana Gbewonyo was born in 1980 in Accra. He flew out Ghana to America, nationalised and settled there. He was a professional Basketball player but later stopped and started acting. He played a role in films such as Gran Torino, Coach Carter and others. 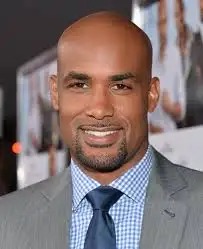 I know you have seen this man featured in Hollywood movies but you never knew he was a Ghanaian. His real name is Boris Frederic Cecil Tay -Natey Ofuatey- Kodjoe. He was born to a Ghanaian Physician, Eric Kodjoe in Vienna, Austria. He is well known by many for acting in some Hollywood movies such as Resident Evil, Brown Sugar, The Gospel and others. 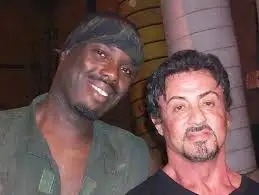 Senyo Amoaku was born to Ghanaian parents, Mr. Kwame Amoaku and Mrs. Amoaku. He was born in Dayton, Ohio and raised in San Diego. He was featured in some latest movies such as the Expendable 2, Ludacris and others.