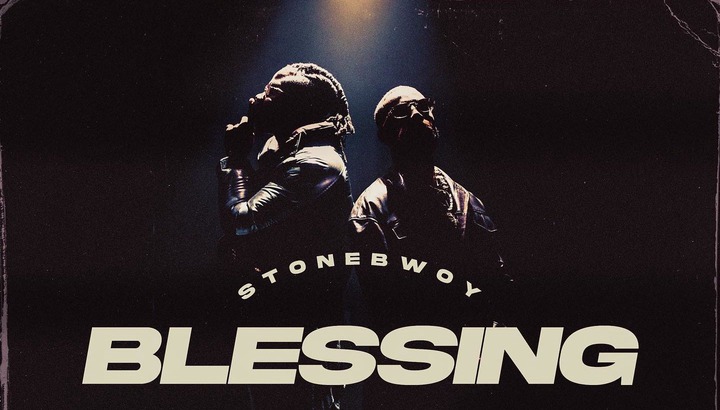 Undoubtedly, Stonebwoy is madly, musically active this year than ever. He dropped a fresh video dubbed Blessing and it premiers Ghanaian born American rapper Vic Mensa. In this piece of art, the BHIM nation president emphasized how blessed he is. He stressed the fact that this year he will double everything about him.

Thus fashion, work and everything Stonebwoy because blessing follows him. Blessing happens to be Stonebwoy’s second single for the year 2021. Vic Mensa has revealed that it was Sheila that connected him to Stonebwoy for Blessing. Sheila Ozons is the founder and CEO of Zons Holdings.

The motivational speaker is also the host for Power 92.3 FM in Chicago. The station is the first Afrobeat radio in the major U.S. FM dial. About a few months ago, the rapper also appeared in M.anifest’s No Fear. That was an instant hit.

In fact, some critics adjudge the rap piece as a Grammy material. In the tweet, he sent a shout to Sheila for connecting him and Stine and also for pushing Africa in such a manner. Victor Kwesi Mensa is an American rapper, singer, songwriter and activist.

Incredibly, the rapper is on two of the world’s enviable record labels. He is signed unto Jay-Z’s Roc Nation and the Universal Music Group’s Capitol. Together, they produced his debut studio album, Autobiography which was released on July 28, 2017.