By KhobbyTunesMedia (self media writer) | 1 month ago 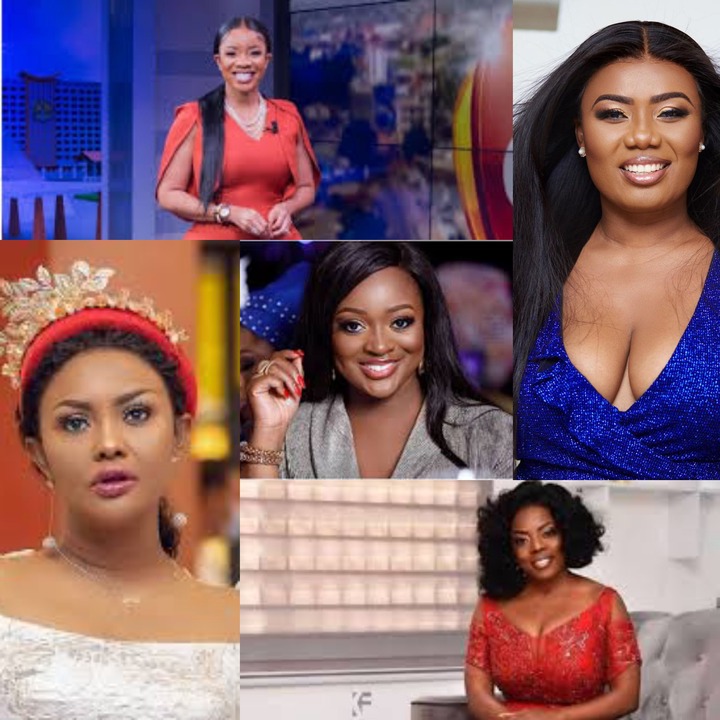 Ghana is known to have celebrities which in some way or somehow has contributed putting Ghana on the map and below are some of the successful female celebrities who are doing tremendously well in their field.

Jackie Appiah is a Ghanaian actress born in Canada. For her acting work, she has received numerous awards and nominations across the African continent, including the Best Actress in a Leading Role at the Africa Movie Academy Awards 2010.

Felicity Ama Agyemang popularly known as Nana Ama Mcbrown is a Ghanaian actress, television presenter. She became known for her role in the television series tentacles. Subsequently, she found mainstream success after her role in the Twi language movie"Asoreba". She is currently the host the Mcbrown Kitchen television show and the United Showbiz entertainment talk show on UTV.

Nana Aba Anamoah is a Ghanaian media personality. Until her resignation from TV3, she presented the news and hosted top shows including The Divas Show. She is currently the General Manager of GHOne TV and Starr 103.5 FM.

Bridge Otoo is a Ghanaian journalist, Media personality and public relations officer. Previously she held various position with TV3 Network Limited as a news broadcaster and a host. She is also an activist for women empowerment. Bridge Otoo is currently working at Metro TV as their news broadcaster.

Serwaa Amihere is a TV Journalist and news anchor from Ghana currently working with GHOne TV. She won the award for Female TV Presenter of the year at the 2018 Radio and Television Personality Awards.

Berlinda Addardey, popularly known as Berla Mundi, is a Ghanaian media personality, women's advocate and voice artist. She co-hosted the 20th VGMA with Kwami Sefa Kayi. She joined TV3 after his resignation from GhOne TV. She host the "THE DAY SHOW WITH BERLA MUNDI" at TV3.

In conclusion, these are some of Ghana's beautiful female celebrities who are doing enormously well for themselves and also if you think there are names i left out you can comment it down below.