Madina To The Universe: M.anifest set to drop the 3rd art to the project

By generalconcept1 (self meida writer) | 26 days 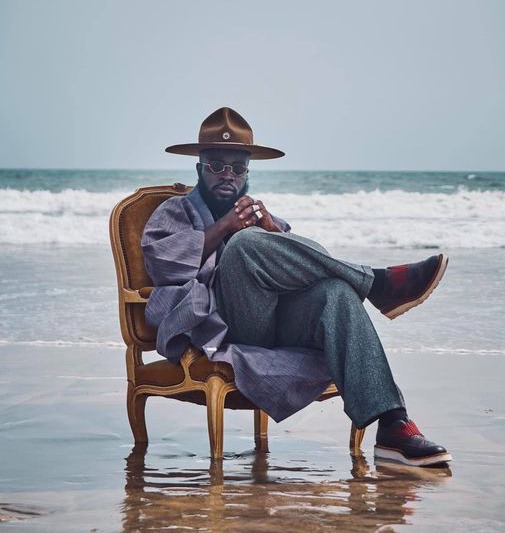 Mdot has slated September 2, 2021, for the release of a new tune he calls La Vida. The song is part of his Madina To The Universe (MTTU) project.

The act is unarguably one of the finest creatives the industry can boast of. M.anifest has cut a path for himself, he didn’t follow the trail predecessors printed while they reigned. And the fact that he has been able to break through and sustain with his unusual style is mind-boggling.

Already, M.anifest has released two embraced tracks off the forthcoming 5th studio album, Madina To The Universe. First, he employed Roc Nation’s Vic Mensa for No Fear, a tune critics adjudged a Grammy material. Moliy appeared in it too. Later on, the Madina hailing rapper dropped Confusion. The two are just the peepholes to see the broader, thrilling piece of art MTTU could be. And now, La Vida is on the way.

In an interview on Instagram live with Flaunt, M.anifest narrated the reason he titled the album Madina to the Universe. According to him, that’s the place of his birth and he has realized how Madina has shaped and moulded him into the persona he is today.

“The title means Madina To The Universe. Madina’s the neighbourhood in Accra I was born in. It’s crazy because until I left Ghana, I really didn’t realize how profoundly Madina shaped me as a human being. Madina’s the place where there’s music everywhere, there are all sorts of people. If I’m being truthful: it’s mostly a low-income neighbourhood, but it still has middle-class people there. I grew up middle class in a low-income neighbourhood, it was very interesting. There are mosques, there are churches, there are bars, there’s everything.”

“Doing this album, I reached a point of reflection where I’m like “let me channel that energy that shaped my life.” Our goal is to be able to take these stories that build you from that place you’re from to the world. I’m even trying to be more ambitious so I said, “to the universe.” Madina To The Universe, that’s what we’re doing. That was the motive for it.”

“Honestly, I was working on another album before that. When the pandemic hit, I said “Nah, let me pivot. Let me re-route my mind.” I was in the crib, had equipment on the dining table. Had my engineer come through, we’re making stuff. In a month, we made most of the tracks,” Mdot explained.

With No Fear, Confusion, and the yet La Vida coming into play, we can’t just stop imagining what MTTU would be.

Achieve Great Things As You Look Elegant In These Versatile, Colorful, And Cheerful Local Dresses