By Still_Unbeatable (self meida writer) | 19 days

It can be recalled that last week Dennis Miracle Aboagye stormed out of a programme on TV3. The former MCE for Akuapem North walked out on a TV3 programme because the host, Johnnie Hughes asked him to name the dams that had been built in the villages. Dennis was of the view that Johnnie couldn’t bring him to the studio as early as 7 and ask him questions he wasn’t prepared for.

Well, it’s been a week and Dennis returned to the show. Johnnie and Dennis exchanged pleasantries and the latter tried to make amends by asking Johnnie why he failed to organize a party during his birthday on Sunday. Johnnie responded that because of the directive from President Akufo-Addo, he didn’t want to get himself in trouble. 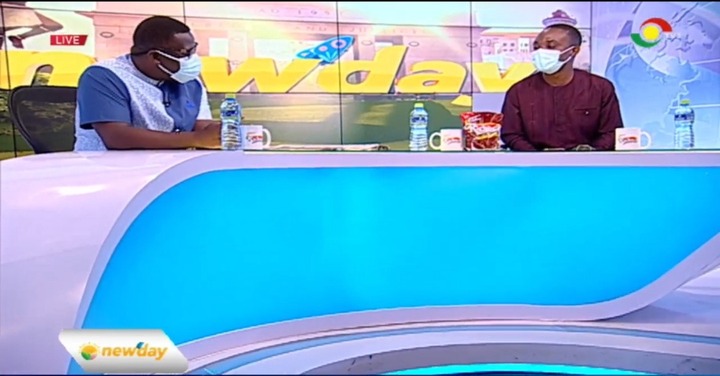 On serious matters, Johnnie asked Dennis why President Akufo-Addo has delayed in naming his MMDCEs. According to Dennis, the president is still doing consultations and this has caused the delay. He explained that in Akufo-Addo’s first term he made certain appointments but on his second term, there are a lot of stakeholders involved and this means the president need more time. He added that the President cannot overlook these stakeholders and make his own appointments. 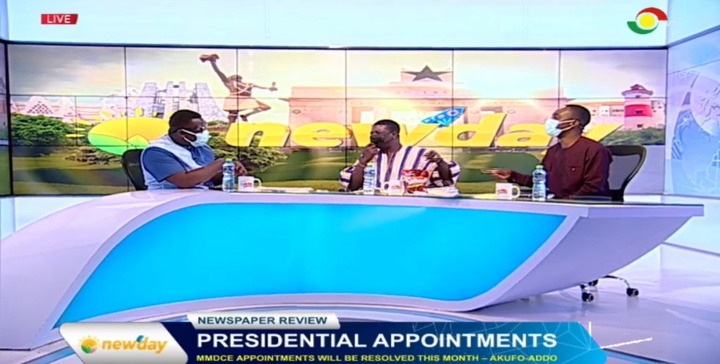 Dafeamekpor, who was also on the show however debunked what Dennis had said. He noted that the indecision is nothing but a clear demonstration of the incompetence of the government. He added that the MMDCEs who have been asked to act for the mean time are in danger because they have not been properly appointed and if they err in their position, there will be no law to defend them. He challeneged the President to show some balls and present the list of MMDCEs.

The president is currently under so much pressure to release the list of MMDCE because some claim there are higher powers who want their favourites appointed and others dropped. It's been 9 months since President Akufo-Addo began his second term and nothing has been heard of his list.