By Braajoe (self media writer) | 2 months ago 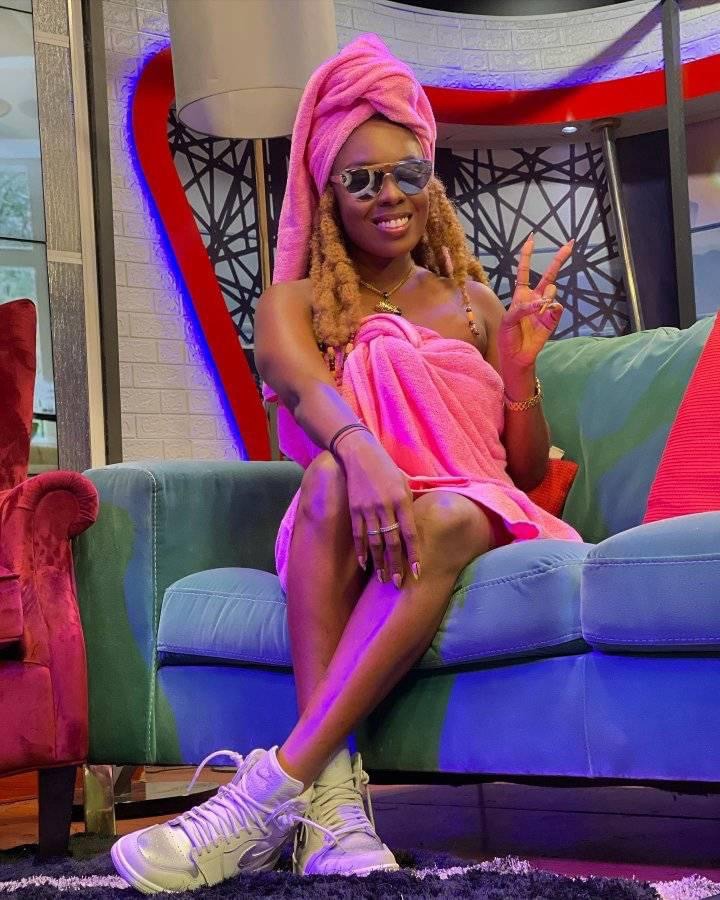 Off Da Ground signee, Feli Akosua Nuna Tawiah aka Feli Nuna has been in the news for some controversial reasons in her quest to promote her new single, “Towel”.

Feli’s appearance on UTV’s United Showbiz last Saturday night has generated many talking points after she appeared on the ‘hottest’ Saturday night program in a pink towel as a pundit and to promote her music.

Feli Nuna obviously didn't take the expression lightly as she stood her ground to defend her boyfriend and craft by using some unprintable words on the “half bosom half-man” winning the sympathy of some industry players and netizens who have since come to her defence.

Some entertainment pundits have lashed out at Feli’s new fashion trend but she has relentlessly remained focused to promote the song though the “towel season” has gained little or no attention as she might have anticipated.

In a new video circulating on social media, her infamous red towel fell off in the course of shooting a Tik Tok video at a newspaper stand in Accra.

Kindly watch the video below.