By Tastenews (self media writer) | 1 year ago 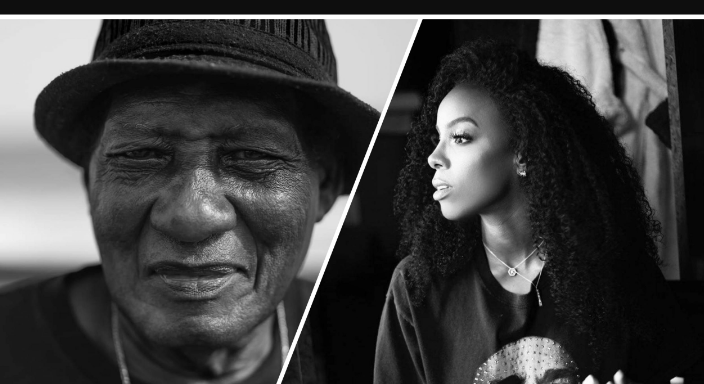 American singer-songwriter Kelly Rowland seems to be paying so much attention to music from African legends lately.

Kelly Rowland of Destiny’s Child fame has gotten the truth of Africa rythm.

The musician who recently sampled the late Afrobeat pioneer Fela Kuti’s ‘Mr Follow Follow’ for her 2020 project ‘Hitman‘ is at it again!

Ebo Taylor has been a pivotal figure on the Ghanaian music scene for over six decades. In the late ’50s he was active in the influential highlife bands the Stargazers and the Broadway Dance Band. In 1962, Taylor took his group, the Black Star Highlife Band, to London. In London, Taylor collaborated with Nigerianafrobeat star Fela Kuti as well as other African musicians in Britain at the time.

Returning to Ghana, Taylor worked as a producer, crafting recordings for Pat Thomas, C.K. Mann, and others, as well as exploring solo projects, combining traditional Ghanaian material with afrobeat, jazz, and funk rhythms to create his own recognizable sound in the ’70s. He was the inhouse guitar player, arranger, and producer for Essiebons, founded by Dick Essilfie-Bondzie.

The song comes with a vibrant and colourful video which highlights the beauty of black people.