Apaatse has made waves by revealing how Shatta Wale proudly harnessed his 'borla goods' with Michy on the same day he broke up with her. 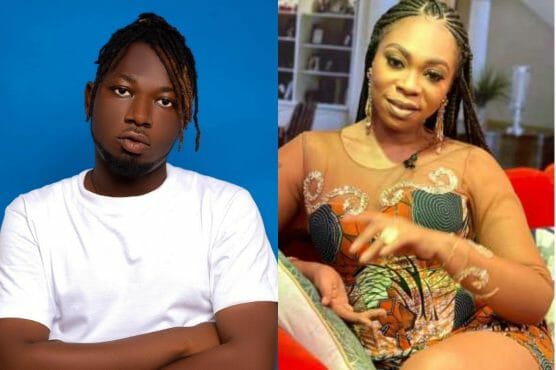 Apaatse and Diamond Michelle Gbagonah, aka Shatta Michy, had a love relationship in the past, according to reports. He revealed that Wale had been following her around in the shadows, so he embraced her on the day their relationship ended.

Michy was based in Norway at the time, and Apaatse claims he was the one who persuaded her to travel to Ghana. He went on to say that he had no choice but to let her leave because they were incompatible. "She traveled all the way from Norway to Ghana only to see me." The problem was that we discovered we were two completely different people all at once. He revealed on Accra FM with Docta Kay, "I am a cool man, while Michy is the hard type."

He also stated that Shatta Wale did not kidnap his girlfriend, contrary to previous reports.

"If I love something, nobody can take it away from me," he said. Before Shatta arrived, we had broken up. Jupiter's Exposure Party was the day I left her, and Shatta Wale took her home the next day. On that day, we broke up, and Shatta Wale drove her home.

"Wale was conversing with her while she was in Norway..." As soon as we realized we weren't compatible, I began conversing with Wale as if it were Michy on the other end of the line. Her logins were accessible to me. She gave it to me to chat with him because the guy was bothering her, but I talked to make him think Michy was interested. "

He ended by saying,

"I wasn't hurt in the least." I had feelings for her, but not in the manner in which "It didn't bother me," he admitted.

We Didn't Expect 'Friday Night' To Be This Big-Lasmid Says

If I were a male artist, I would impregnate lots of women- Tiwa Savage makes intriguing comment

Take A Look At The African Body Builder Who Holds A Guinness World Record.