Pogba Discusses Why He Is Nicknamed ‘La Pioche’ 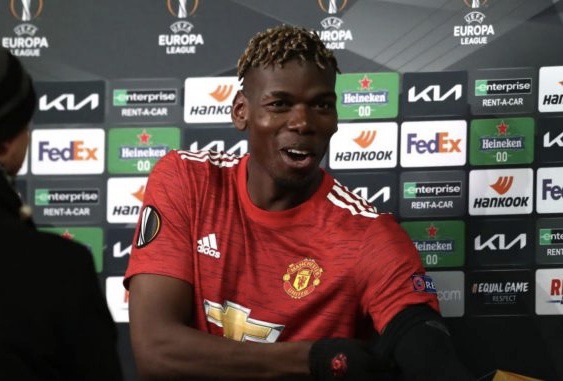 Being a French word, Pogba decided to properly explain the meaning behind his nickname.

Although translating ‘La Pioche’ to English language means ‘Pickaxe’ but Pogba stated there are explanations needed to attach to this meaning.

“Basically, it’s like the joker; the person that jokes and likes to annoy people sometimes. But in a jokey way.

“It comes from the comedian that is called Michel Gohou, from Ivory Coast.

“He used to joke with people and he used to say jokes; say things that never happened. Stuff like that.

“My La Pioche is a bit different from that Pioche! I don’t know if you get it?!”

Aside his ‘La Pioche’ nickname, back at Juventus, Pogba is addressed by the fans as ‘Il Polpo’ which means the Octopus.

The name funny enough isn’t for his love of seafoods but rather the fans at Turin says it’s cause of his long legs that makes grabbing balls easier for him.

Even Jesse Lingard has once addressed him as an Octopus.

“He’s a midfield maestro, isn’t he? He’s an octopus! You just can’t get the ball off him. It’s like he grows an extra leg!”