10 Mistakes everybody missed in Money Heist.

By Kipsinah (self media writer) | 1 year ago

A Spanish highest crime drama series first aired in 2017 on a Spanish network in the entire city.

The series unaired by Tokyo a bank robber in search for a hideout from the police being recruited by a man who goes by the name of the PROFESSOR. He invited her to participate in a plan to rob the royal mint of Spain and walk away with 2.4 Billion Euros, accompanied by 7 other robbers namely: Berlin, Denever, Moscow, Oslo, Helsinki and Nairobi.

With a growing fan base worldwide, it has its own advances as good as it proceeds; the building tension, the nail biting suspense, the blooming romance between characters and posing action. As the fans addicted to the show, it managed to gather a large number of views as it won one of the top three most streams on Netflix 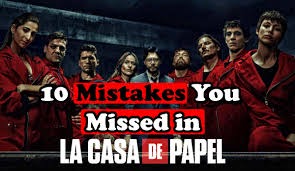 But No matter how good the show is, there are some mistakes that the audience members pick up before the production crew. However small, these areas are still there.

Let's take a look at the top ten mistakes everybody missed in the money heist.

1. The junkyard owner and the sketch

In the 6th episode of the first season, when the police finally think they have a lead,the junkyard owner who claims to have seen the Professor, it slips right to their fingers. The junkyard owner sits down with the police officers to draw the Professor's sketch but when he was threatened by the Professor through a transmission in Russian, he proceeds to erase the almost complete sketch and surprisingly the officers don't don't even try to get it back. They stopped him and told to leave . 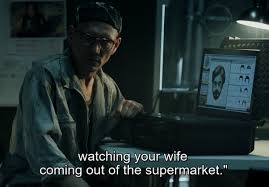 Having a crucial witness of one of the biggest heist the country has ever seen and let him go because he claims to know nothing even after almost completing the sketch. For sure this never make sense. No wonder why didn't the officers try the Ctrl+Z so as to undo and retrieve the sketch.

2.The plethora of jokers flooding the hospital

In the 12th episode of the season 2 when the police set up at trap for the professor by ruling him into the hospital that Angel has now awaken from his comma, the professor who's fate now lies in the hands of Angel's consciousness needs to confirm the news. But since he is a highly suspected fugitive, he hires dozens of people dressed as clones to create a diversion for his investigation.

Where did he even get this number of people who showed up in the clone costume for an action addition at the hospital????!!!! 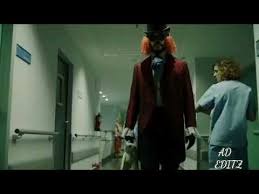 Even when he makes it there, he walks towards his desired room unsuspected and uninterrupted while other clones are being pushed away!!!!!????? Were things always just smooth for Professor!!!!!

When Denever takes Moscow to the roof along with hostages disguised in the same attire, he hands a fake gun to Aturo and the Police fired him mistaking him for one of the robbers. Reading from Aturo's body language and the way he held the gun, would have been enough for a professional profilist to know that he wasn't one of robbers. But they fired him anyway and even when he faces a professional firing squad that fires multiple times and tending to kill him, he managed to only be hit by one bullet on a shoulder, not even on his chest or heart 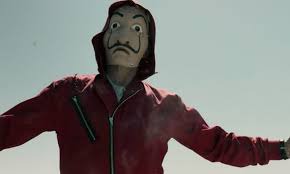 Secondly when Tokyo how awkwardly rides racing into the mint without cover, not one bullet managed to hit her 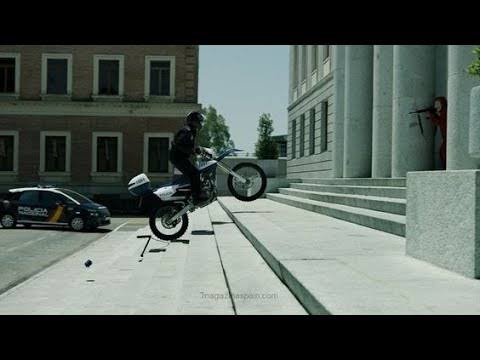 Thirdly when escaping , they faced an army which is ten times more skilled than the police officers but still didn't injur any members until Berlin willingly gave himself up. 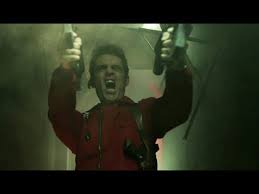 Content created and supplied by: Kipsinah (via Opera News )