Nigeria one one of the countries in Africa that has so many people in the entertainment space or industry, actors, actress, singers, rappers, musicians and so on.

They have some popular musicians they are known around the world including, Burna Boy, Wizkid, Davido just to mention a few.

Even though during the early 2002 to 2010they had musicians such as D, Banj, 2 Face and others that really put Nigerians on the map when it comes to music.

One of the legend who were about to introduce Afrobeats to the Nigerians and the world as a whole Fela Kuti.

Both parents where Nigerians.

Fela studied at the Abeokuta Grammer School, he later travelled to London in 1958 to study medicine, but later decided to study music instead at the Trinity College of Music.

He attended Abeokuta Grammer School. Later he was sent to London in 1958 to study medicine, but decided to study music instead at the Trinity College of Music.

In the year 1960, Fela Kuti got married Remilekun (Remi) Taylor, and they had three children together (Femi,Yeni, and Sola.)

Fela Kuti return to nigeria in the 1963.

In 1967, Fela went to Ghana looking for a new musical direction. It was then that kuti first called his music Afrobeat, a combination of highlife, funk, jazz, salsa, calypso and traditional Nigerian Yoruba Music. In 1969, Fela took the band to the United States where they spent 10 months in Los Angeles. 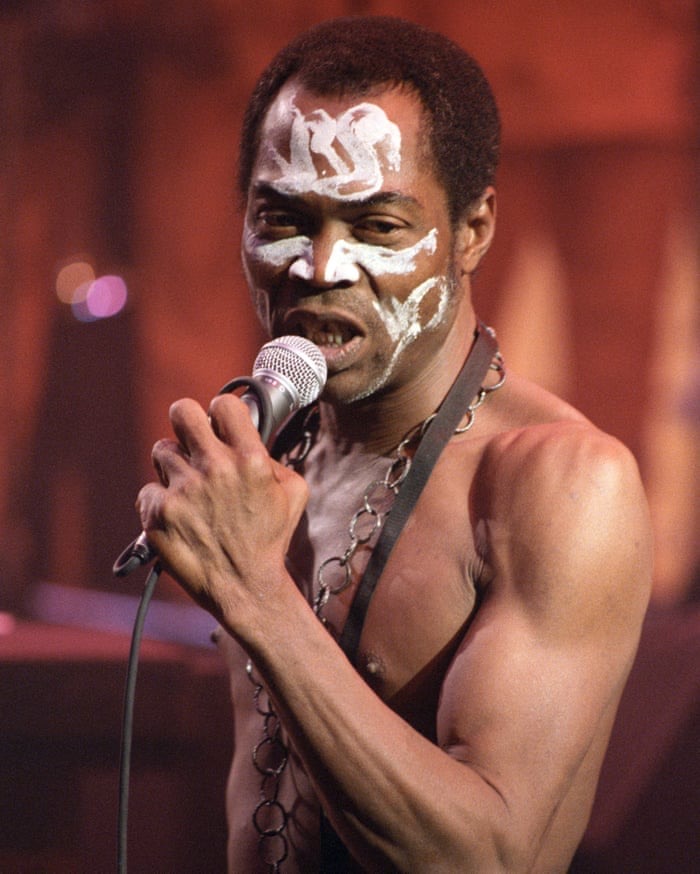 Ghanaian players who scored in the English premier League this weekend.

Abronye Hot As Young Man Emerges To Unseat Him By All Means.