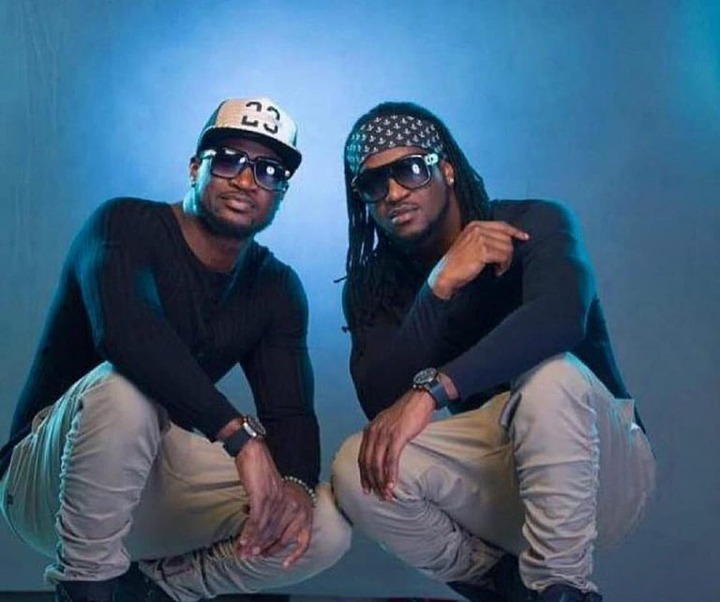 November 18, 2021, is penned down in the history of Nigerian music as the talented duo, Psquare ends their solo careers. The twins are back together once again. Fans are offering prayers up that the re-union should last this time.

Clocking 40 years on November 18, one of their gifts and surprises to their fans was photo shots that saw them in matching costumes. In fact, everyone was surprised. The thing, Mr P, thus Peter never sopped throwing shades on his timeline. Meanwhile, Paul was quiet and the only he shared on his timeline was career-oriented. He earned the tag ‘humble’ from observers.

Interestingly, their split and feud were one of the most mind-boggling ever to have happened in the world of entertainment. That is twins, forming a music group and splitting up.

In his indirect jabs to whomever it concerned, Peter kept emphasizing that he’s richer with solo. Besides, he is free from the ‘wahala’ of splitting profits and making decisions.

Well, he wasn’t wrong. Being a solo artist affords you a lot of freedom. However, unarguably, both of them slew their solo careers. They kept releasing hit songs individually. Therefore, some fans believe that Psquare coming back has nothing to do with music. After all, they were doing so well as solo.

Rarely do music groups last. Hitting stardom, ego, women, materialism and fame send exercised by a member send the entire group. One of these factors led to the Psquare split.

On December 18, 2021, exactly a month older than their 40th birthday, they are hosting a show. The festival coming on at Livespot Entertainment Center has the title Psquare Reactivated. Paul – Rudeboy captioned the flyer as “18-12-2021 We are back.” And yes, social media showed them much love.

The defunct music duo stepped into the industry in 2003. They released hit songs and continued cementing their grounds as they signed unto Akon’s Konvict in Music Label in December 2011. In May 2012, they signed a distribution deal with Universal Music Group. Meanwhile, they produce and release their albums through Square Records. After becoming superstars and idols in the fraternity, news about Psquare split surfaced. It was quite shocking. That was when Peter filed a termination letter. There were rumours that there was disagreement with the role of their manager.

Interestingly, just as shocking as their split was, they surprisingly reunited on November 17, 2021. Just a day to their birthday.