"Mfodwo Was Cheated" GMB Fans Go Angry; Vow To Boycott Show If Judge Linda Is Not Brought Back

By AlRagadawu (self meida writer) | 26 days 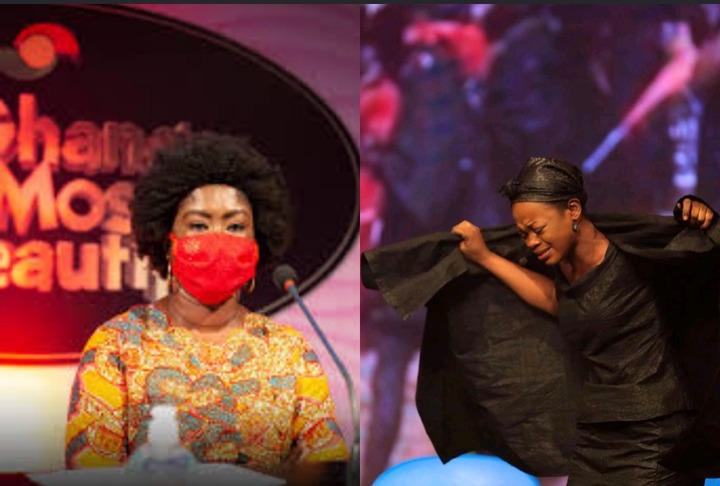 Many fans of TV3 Ghana Most Beautiful show have vowed to boycott wasting their time on the show if the former all knowing judge, Linda is not brought back into the show.

According to fans who expressed worry in the current unfair treatments by the judges to some of the contestants, the credibility of the show is gradually soiling.

Many bemoaned why Bono Region Mfodwo after her magnificent performance on Sunday could not win any award. According to many, at least, Mfodwo should have won the star performer or the Eloquent Contestant of the night but because the current judges were unfair, they gave it to Sarfoa.

Popular fan, Asabea said "Still don't understand why the judges are treating mfodwo this way. She is supposed to win an award every week cos she has been the most consistent as far as the program is concerned. She has never missed a word on stage and most eloquent of all. No wonder she pulls crowd whenever she is on stage. The audience never stop mention her name.

Nana Yaw Amponsah also said "For me, she deserves to be part of the finalists and be crowned the queen. If it doesn't happen, it's the fault of the judges cos I don't see them as competent enough."

Attached screenshot is some of the angry reactions from the fans.

Many demanded TV3 Ghana Most Beautiful organizers bring back the former most liked judge, Linda to coordinate the show.

Leiza Is Beautiful Without Flaws. See Her Photos