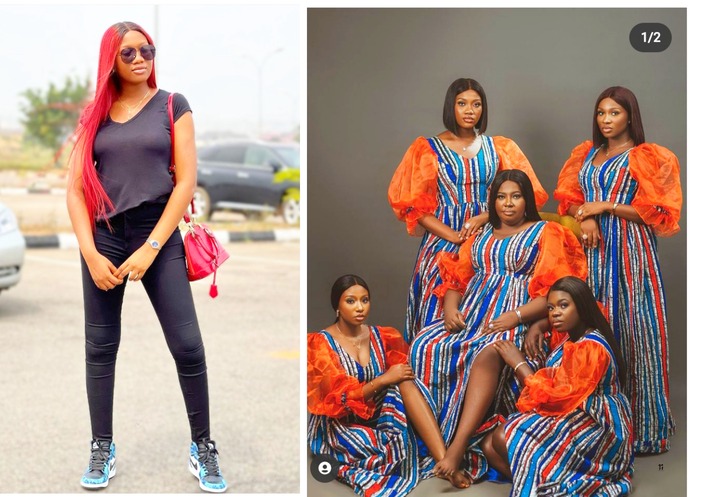 Having a nice and happy family is what many people have been wishing for. Gorgeous and award winning actress who is known in the showbusiness as Chinenye Nnebe has been posting awesome and stunning family photos on her Instagram account page. Truth be told, blood is indeed ticker than water as they look classic in photos together.

Chinenye Nnebe is with no doubt one of the most sought after Nollywood actresses currently. The ever charming actress who was born on April 5th 1997 happens to be the last born of four children. Surprisingly, the four children are all females.

They even Share some resemblance if you take a good look at their photos well.

Two of the four beautiful children took after their beautiful mother who happens to be a veteran Nigerian actress and a famous movie producer. Chinenye Nnebe' s mother who is also known in the Nollywood movie industry as Uche Nancy has won many accolades and awards in the entertainment industry. 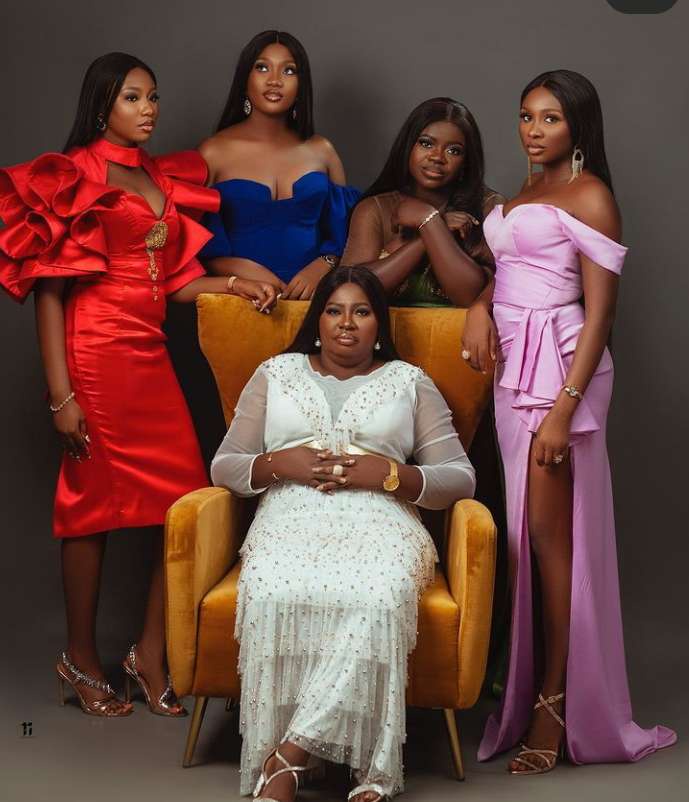 Chinenye Nnebe' s acting prowess has made her one of the best actresses in Africa. She has gained popularity in Her native country Nigeria and outside Nigeria. Her followers keeps on increasing on social media most especially her Instagram account page.

Chinenye Nnebe and one of her sisters has followed the footsteps of their mother as actors. Chinenye Nnebe' s and her beautiful who bears the name Sonia Uche are very talented and famous actresses in Nigeria. 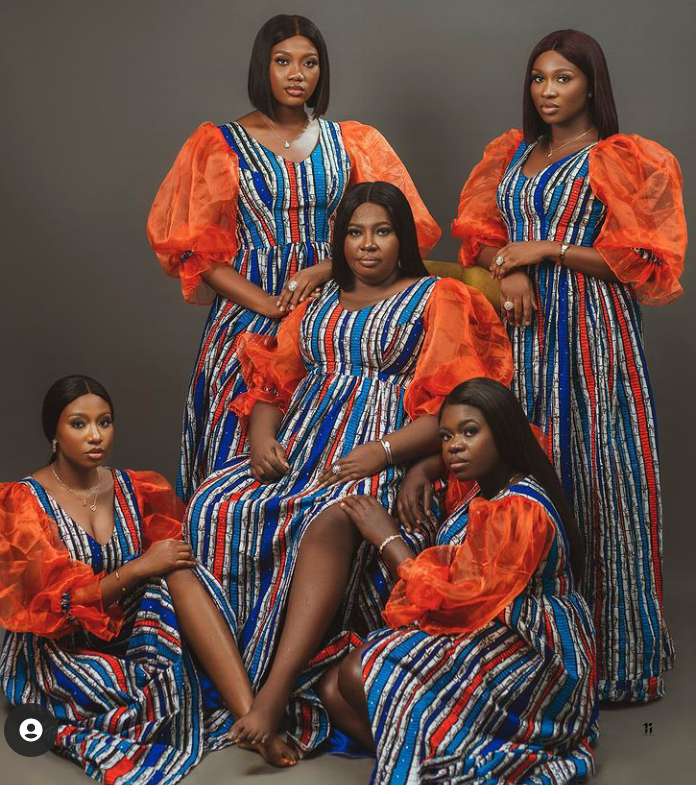 The two beautiful sisters have featured in many Nollywood movies. Chinenye Nnebe is also a brand influencer as well as a model aside been an actress. 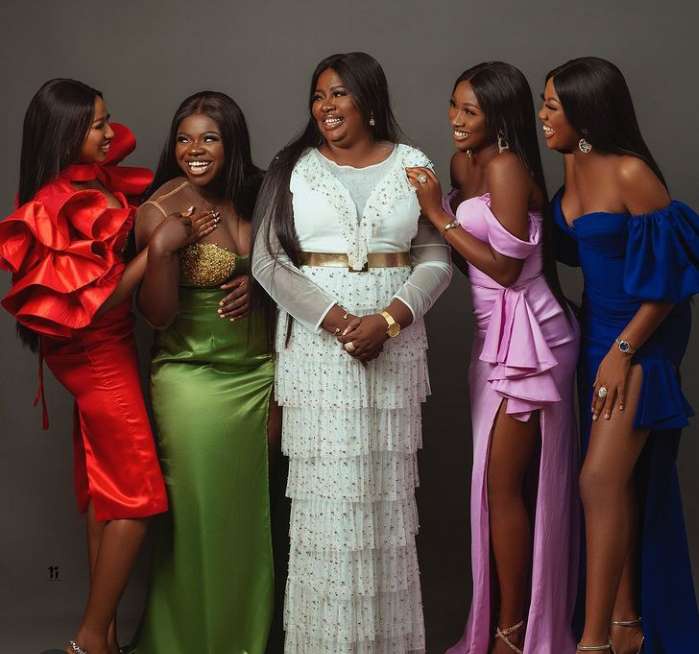 Chinenye who happens to be the last born of four children rose to stardom when she appeared in the movie titled " Dry" . The movie opens a lot of doors for her by virtue of her magnificent performance she portrayed in the movie.

Chinenye Nnebe attended St. Augustine College for her secondary school education after she had her basic education at private primary school in Asaba. 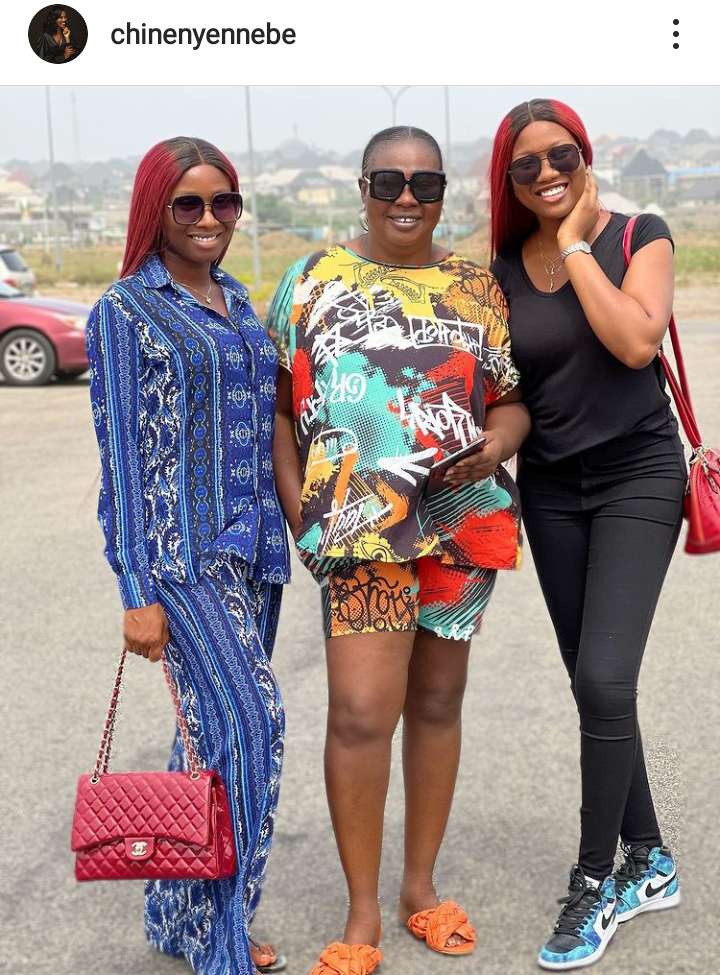 The likes of " Home Apart, Loving Cherry, More Than Sisters, Helped, Desperate, Keleke, Frank' s Wife, Truthful Lies, I Blame Love, Sisters War, Grandpa, Friend Like and many more are some of the movies she has appeared in.

Chinenye Nnebe' s sister Uche Sonia too aside been an actress is a television personality as well as an entrepreneur. Her special and exceptional way of acting has enabled her to featured in over sixty movies. Uche Sonia is the first child and daughter of four siblings. 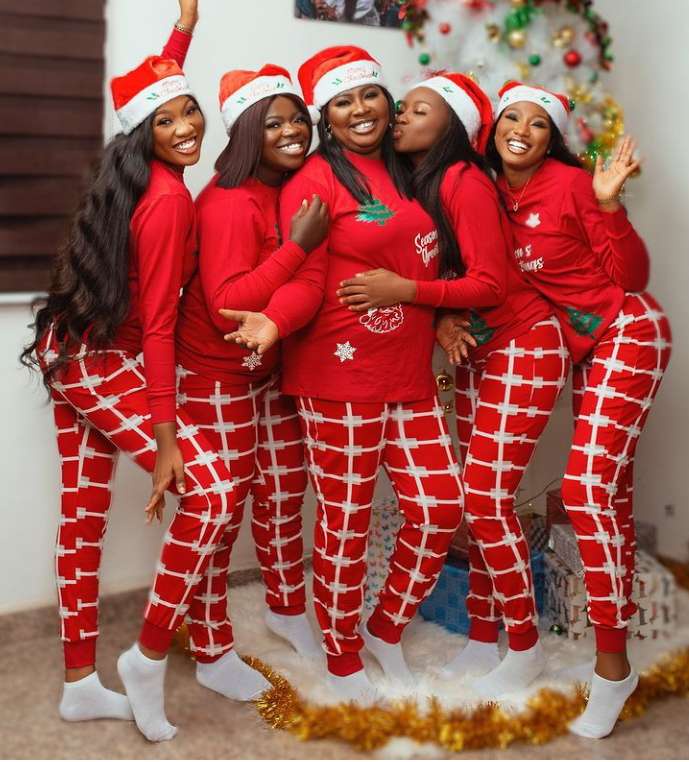 According to the gorgeous actress, growing up, Famous Nigerian actress Genevieve Nnaji has been her role model. Some of the movies she has appeared in include: The Black Widows, Beautiful Side Of Love, Helped, More Than Sisters, Distressed, Love At All Cost, Sergeant Nkechi, Remorse, My Stubborn Wife, I Blame Love, among others.

The award winning and beautiful actress Uche Sonia keeps her relationship life private. Nevertheless, it is believed she is married.

Thanks For Reading. Please Do Not Forget To Hit The Follow Button For More Interesting Updates About Your Favorite Celebrities. Stay Blessed!