The Nigerian Movie Industry Is Really Doing Well And Deserves To Be Applauded.

By InventorDarko (self meida writer) | 21 days

In reality, the Nigerian film industry has taken me completely by surprise. I figured they were just big in Africa in terms of population, but they're second only to Hollywood in terms of movie production every year.

According to comprehensive research, the Nigerian film industry is by far the second-largest in the world, after China, Germany, India, and Thailand. With over 2500 films released each year, Bollywood has established itself as the next big thing in the film industry after Hollywood.

During the premiere of the Wedding Party, a film directed by Kemi Adetiba set an all-time African record with a cinema view of 1.5 million dollars. 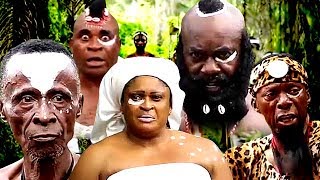 When the price of oil was low, the Nigerian government relied on the exportation of Nigerian films.

Kudos to all Nigerians.

The beautiful Princess of Asanteman: Meet Otumfuo’s beautiful daughter everybody is talking about.