All you need to know about Nana Kwame Ampadu and wives

By AmaVerah (self media writer) | 23 days ago

The legendary Highlife musician Nana Kwame Ampadu was born on 31 March, 1945 in Adiemmra, ObKwahu, Ghana to Samuel Kofie and Mary Angamah. He lived with both parent in Adiemmra.

In 1963, the musician formed the "African Brothers Band" with Eddie Donkor and some others. Many referred to him as the "King" of Highlife music, earing him the moniker "Nana" Kwame Ampadu. He gain prominence in 1967 where he released his first single "Ebi Te Yie" meaning "Some Have Good Lives". Everyone knew him by that song. 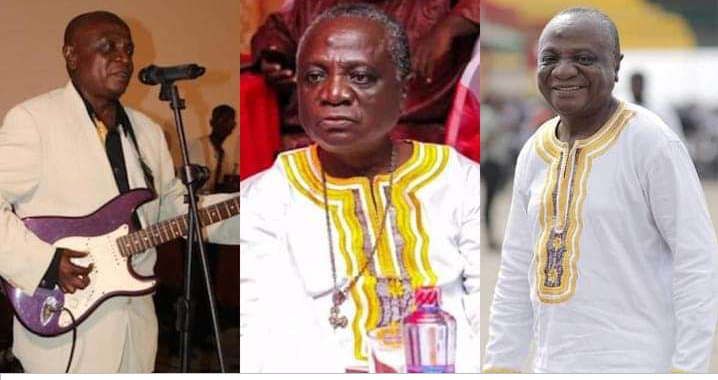 He married FIVE wives. He had the first one Yaa Henewaa in 1968 and gave birth to two children, all boys. The marriage broke after ten years. Nana Ampadu wedded another wife Cecilia Dede and had a daughter with her. Mom Bee was he's third wife. She was a musician, the two got together and was blessed with another boy. Nana met and married Akoua Agatha an Ivorian lady in 1981. Three years later the marriage broke. Nana Yaa Fosua was the last wife Nana Ampadu got married to in 1992 and had two children, a boy and a girl with her.

The sad death of Nana Ampadu happened on Tuesday,  28th September, 2021 at an east Legon hospital.