When Money Talks: Check Out Dangote’s 64th birthday cake that has got Nigerians talking [Photo] 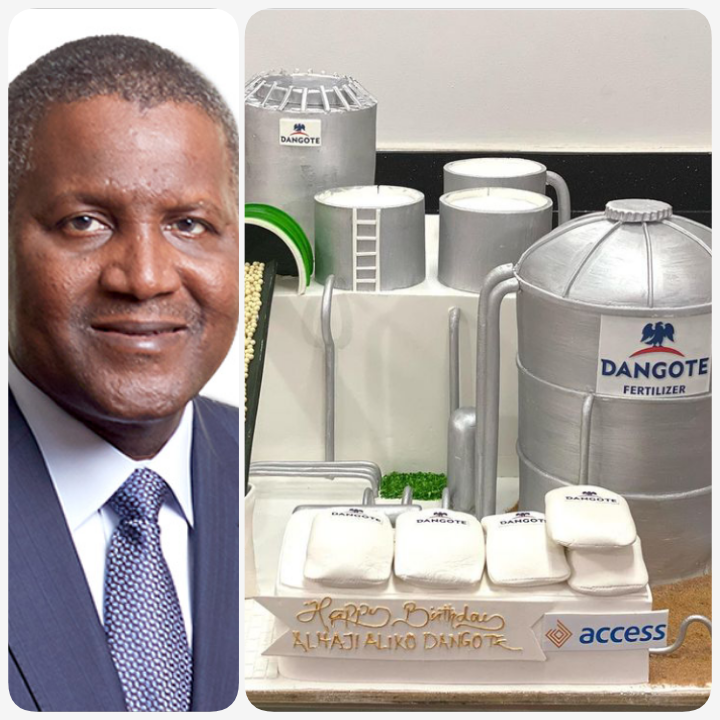 Mr. Dangote who is the richest black man on the planet is obviously expected to throw such fantastic party. Although the celebration was held privately, some vendors contacted to make some edibles publicised their products.

One of such that is making rounds on social media is a cake Access Bank ordered for their client and business magnate.

Meanwhile the attention seeking element in this occasion has to do with the cake used for the celebration. The cake took the form of Dangote’s factories, especially his newly commissioned fertiliser producing company.

1. Dangote was named as the Forbes Africa Person of the Year 2014.

4. In April 2014, TIME Magazine listed him among its 100 Most Influential People in the World.

5. In October 2015, Dangote was listed among top 50 Most Influential Individuals in the World' by Bloomberg Markets.

7. He won the '2016 African Business Leader Award,’ organized by the Africa-America Institute (AAI).

Meanwhile some Nigerians have reacted to the luxury cake amid birthday wishes to the nine-time Forbes billionaire.

Below is the birthday cake 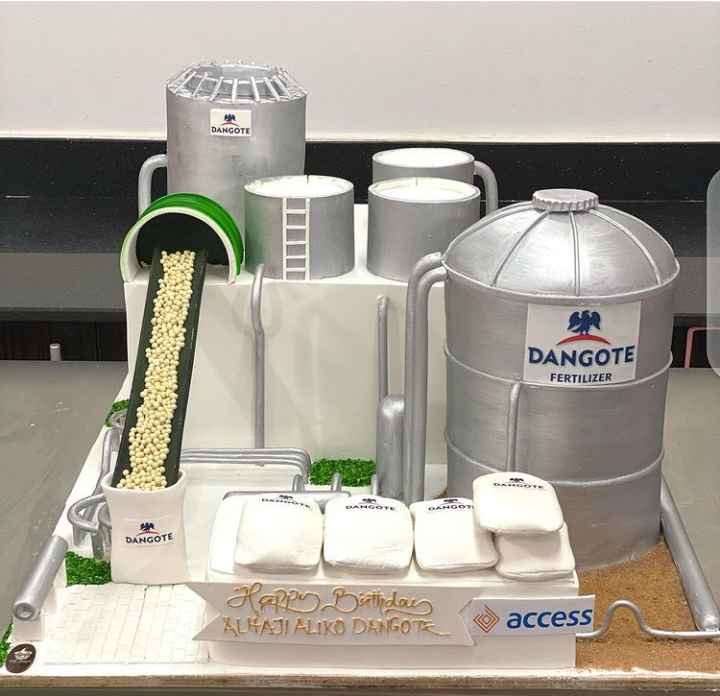