WhatsApp Chat: We Kill For A Living - Young Man In Trouble For Threatening Paul Adom Otchere 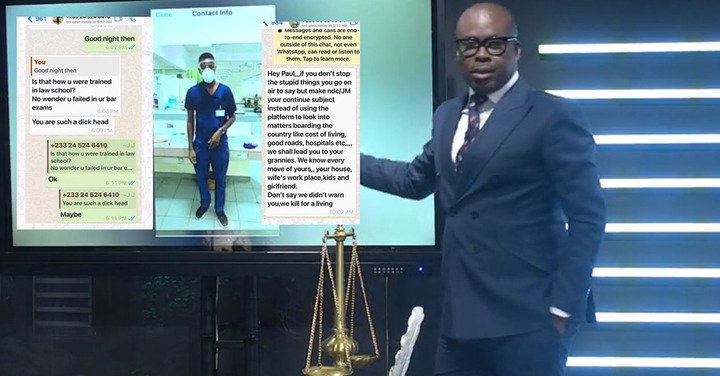 A young man whose name is currently unknown is being investigated by the Data Protection Agency for sending death threat messages to the host of Good Evening Ghana on Metro Television, Mr. Paul Adom Otchere.

Leaks of the messages were revealed on the program on Thursday, May 20, 2021. According to Mr. Paul Adom Otchere, he received the message from the young man who is not on his contact list and it was full of insults and threats.

Mr. Paul Adom Otchere adds that just as he was dealing with the first one, another person sent him a text through the same means and threatened to kill him.

He indicates that even though this is not the first time he is receiving such threats, he is very particular about getting this one investigated due to the contents. He went ahead to reveal the image of the young man on the program. 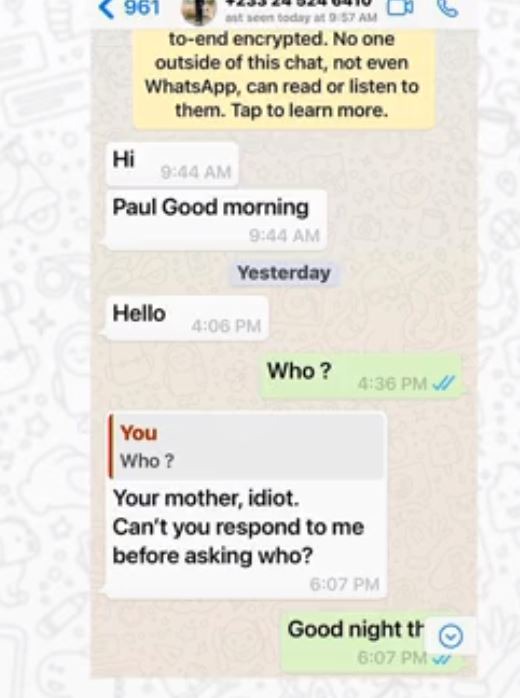 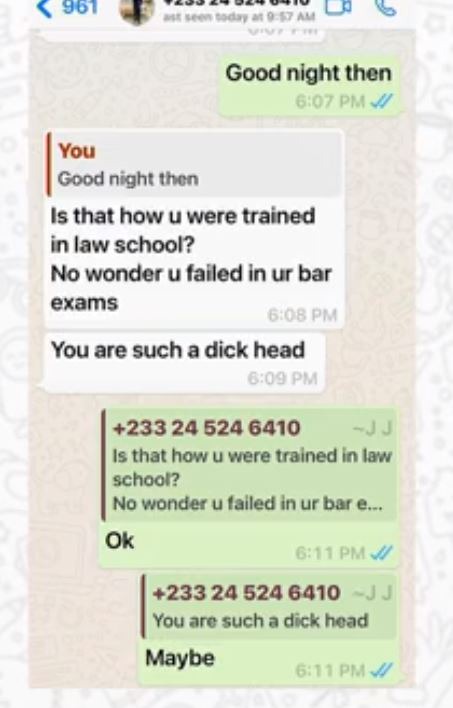 “This is not the first time I’m receiving such kind of threats. During the election, a lot of people came across these messages. In my case, these threats are not coming from Ghana but from other countries. However, they can be identified. So this is the face of the guy on the WhatsApp number that sent the threats. I cannot tell whether it’s him or not but this is the image that sent the message. So he asked how I was doing and I responded. His next message was full of insults. So I left him by wishing him good night then he came back and started insulting me”. Paul Adom Otchere indicated. 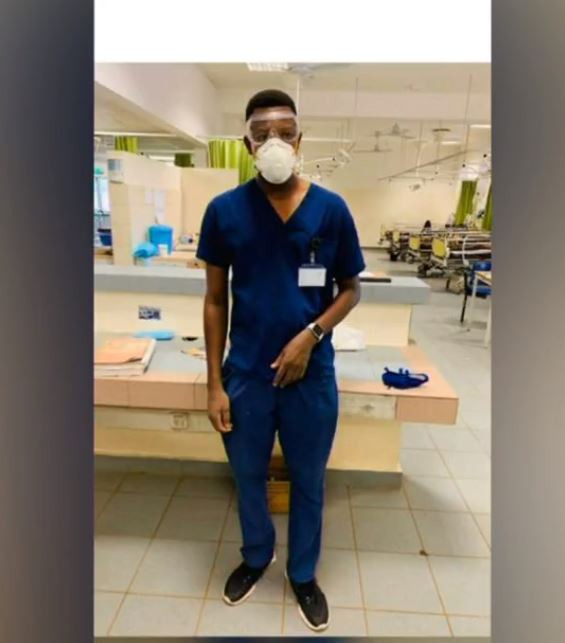 He adds that another person later came and the massage was death threats on him and his family. An aspect of the message indicates that they know the house of Paul.

“We know every move of yours. Your wife, kids, and your wife’s workplace, don’t say we did not warn you. We kill for a living”. Parts of the message read.

According to Paul Adom Otchere, all the information has been relayed to the Data Protection Agency and they are being investigated. 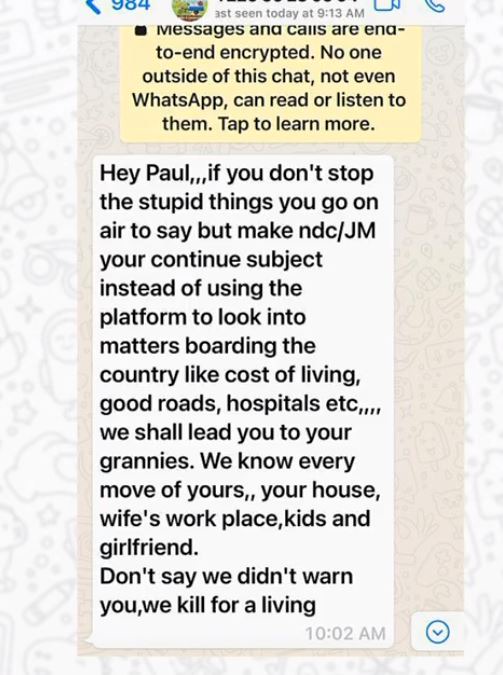 “Then later he calls me and I don’t pick up I had been told to urge him on so that they can get a lot of information from him. He called on a video and I tried to see him but I still did not pick. He told me they wanted to see my face. Then he kept sending the messages. The issue is with the Data Protection people for investigations”. Paul Ado Otchere added.

Video: Armed Men Who Were Spotted With Guns In A Video Reveals They Are Not Thieves But Galamseyers.

Captain Smart "attacks" a Radio presenter, a former minister and threatens to expose them

A Man Wrote This And Was Laughed At By His Young Daughter: DON'T MAKE THE SAME MISTAKE

Guy Arrested For Just Playing With A Real Gun In A Video.