They have invited these demons to influence the upcoming elections -Prophet Amoako Atta drops secret before Captain Smart on Live television on Angel TV. 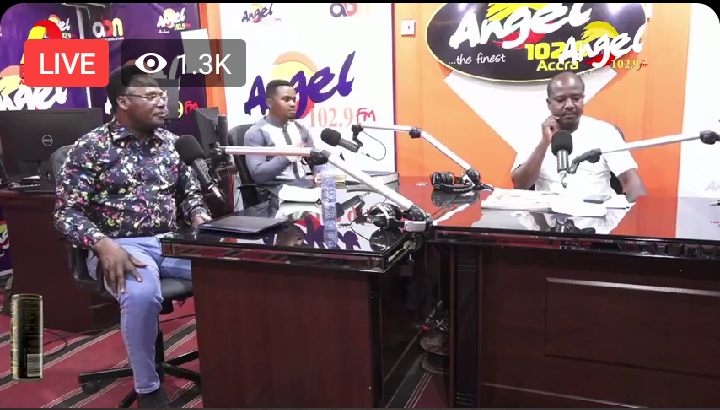 We thank our Almighty's for giving us this special day and it is another fabulous moment with Captain Smart the host for the popular morning show Anopa Bofo on Angel TV.

Captain smart and his crew including Nana Yaa Brefo and Kwamena Sam Biney have meet as they use to do everyday on Angel TV.

With what we have seen and what we have noticed, today's program was very successful and so interesting as a great man of God was dropping some hints about the upcoming election in Ghana.

In facts the comments on the live streaming on Facebook shows that, viewers are not happy about how the time for the program was not extended in other to receive more secret from the man of God.

This whole issues was live on Angel TV as well as Facebook and those still in doubt can do their research again.

According to Prophet Francis Amoako Atta who is also a Seer as a man of God; he reveal to Captain Smart and his team that, this year's election will be very tough.

" Things have change and they need to forget about comfortable lead matters and pray hard for their victory " - Prophet Amoako Atta stated.

Form the man of God, three great demon's have been invited and they are currently lodging in the deep sea of Ghana of which they are going to influence the upcoming election on 7th December.

According to Prophet Amoako atta speaking to Captain Smart, he Revealed that; these demons operate powerfully and they can easily influence the upcoming election within the twinkle on a eye if Ghanaian do not watch and pray. 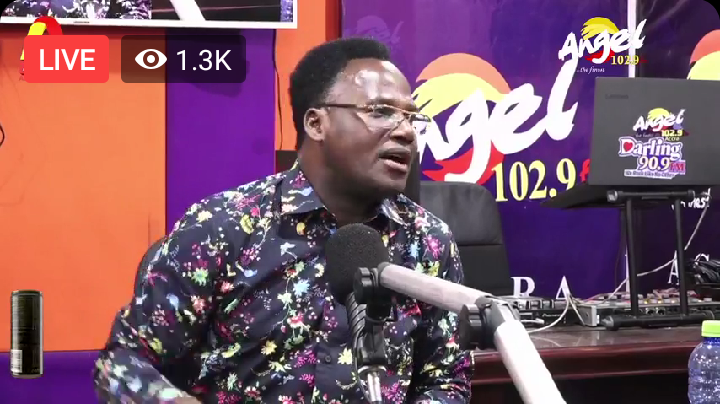 Prophet Amoako Atta added that, non of the presidential candidate should see the upcoming election easily and that, those demons have place an embargo or injunction on 51% of which the winner will get from 50% to 52% and above.

Prophet Amoako atta then drops the full details of those demons and their name and how they operate.

Prophet Amoako atta stated that, the first demon is called "Erebus" and it is the god of darkness. It is full of Dark and currently lodging in the deep sea waiting to influence the upcoming election.

" The second demon goes by the name "Hades" and it is in charge of the underworld. That is god of underworld and he is also operating seriously to influence the upcoming election" - Prophet Amoako atta added.

Prophet Amoako atta then went further to revealed that, the third demon goes by the name "Oceanus" and it is the god of oceans who is so powerful.

"All these demons can be found on the internet and they are real as well as they operate powerfully in the realms of the spirit" - Prophet Amoako Atta stated again. 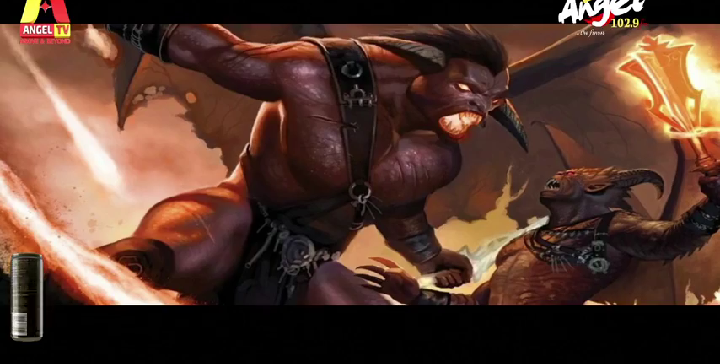 Prophet Amoako atta made it clear that, even though they have the power and the ability to influence the election but what God says will stand forever.

Prophet Amoako atta stated that, he will give full details about the winner and the loser for the upcoming election on the 4th of December 2020 during his church service.

Let take a look at some of these demons and prophet Amoako Atta revealed on live streaming on Angel TV and also Facebook. 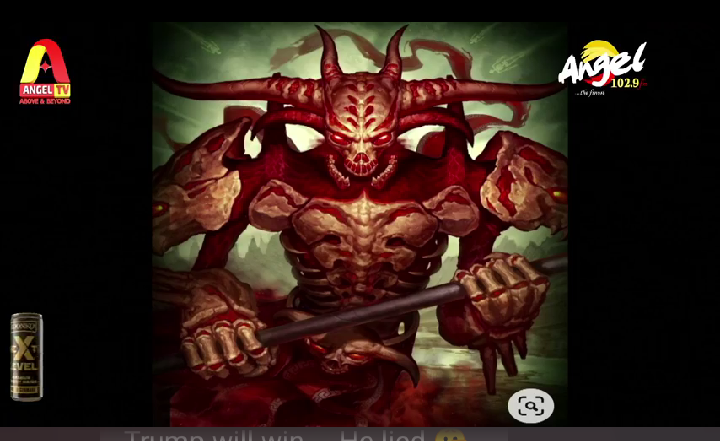 That is one of the demons in the picture which was displayed life on Angel TV this morning on Anopa Bofo show.🖕🖕🖕.

The picture below shows the face of the great man of God Prophet Amoako Atta. 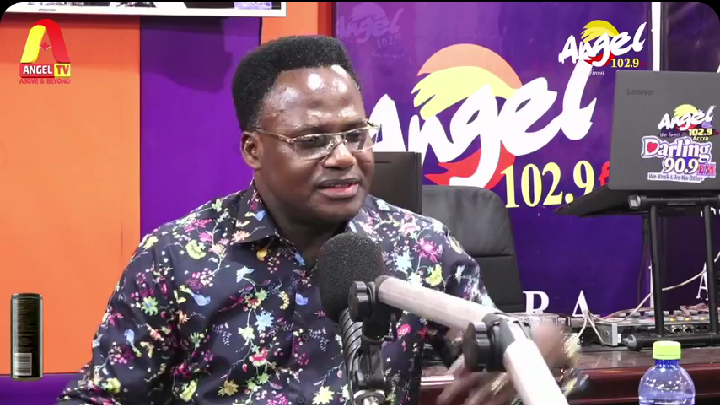 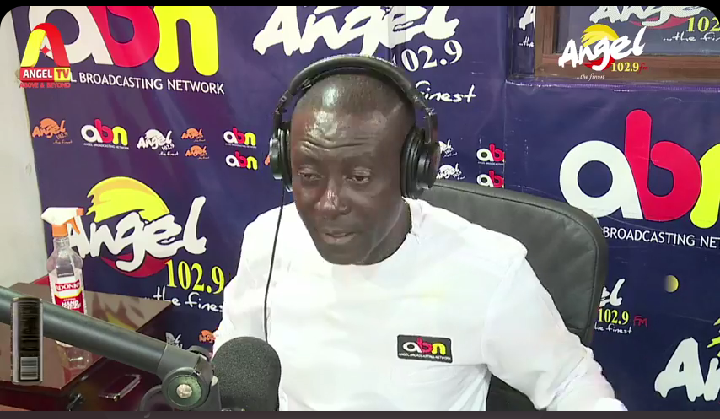 Here is also Captain Smart the host of the program Anopa Bofo on Angel TV👆👆👆.

Below is another demon. 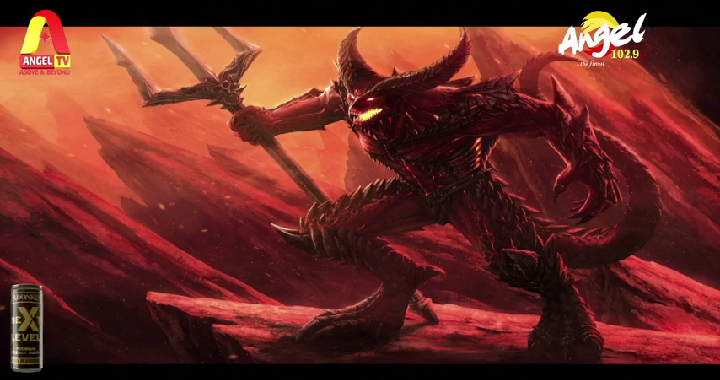 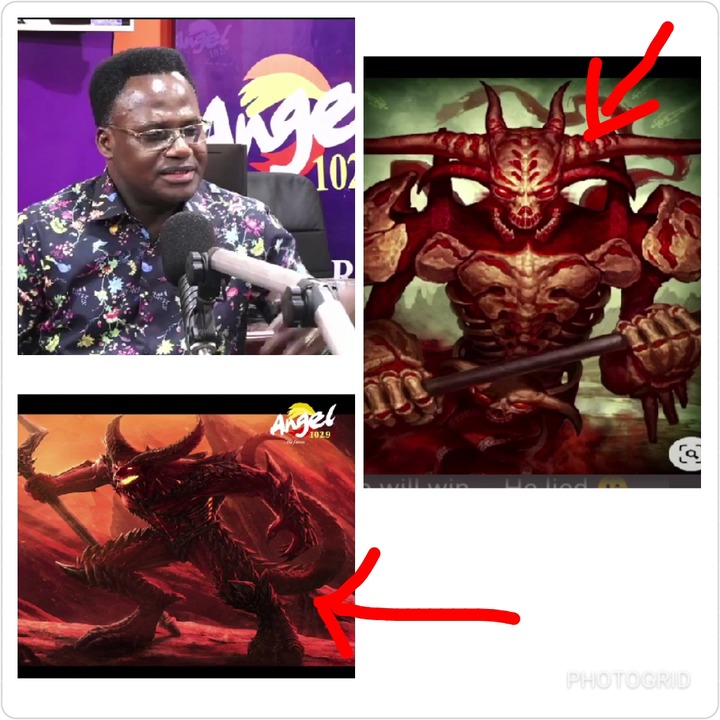 Let pray hard and avert their worked by the blood of Jesus.

Please and please and share the article for people to see, to that we can intensify our prayers towards the upcoming election.

Afia Schwarzenegger Puts Her Curvy Body On Display: Check It Out

[+VIDEO]: Slay Queen Drops Sad News For Men With Bigger Manhood On A Show Causing Stir All Over